Hilary Mantel died on Thursday. She was only seventy years old. Now I’ll never get the chance to have tea with her. Not that there was ever much chance of that. Or any chance, actually. Still, it makes me sad that I can’t dream about taking tea with her anymore. But what makes me even sadder is the fact that we’ll have no more wonderful books from her. Now that is a loss to the whole world.

Hilary Mantel’s longtime agent, Bill Hamilton, described her as “one of the greatest novelists of our time.” And I concur. Maggie O’Farrell, whose work I also adore, called her “the queen of literature.” Hmm. I think we’re losing too many queens these days, don’t you? Anyway, you can find a couple of the articles I read about Hilary Mantel here and here if you’re interested.

I thought it was kind of serendipitous that when I googled photos of the author this morning I found this one. Of Hilary Mantel in front of her own portrait, painted by Nick Lord, winner of Portrait Artist of the Year, 2013. I remember how caught up in that series I was for weeks last winter, watching all the old episodes on YouTube. I remember the episode with Hilary Mantel. How lovely she was. How interested in the creative process of an art other than her own. And how she mentioned Hans Holbein who painted the famous portrait of Thomas Cromwell, and who appears as a minor character in her Booker Prize winning trilogy about Thomas Cromwell.

You probably know Mantel from that historical trilogy depicting the life of Thomas Cromwell. That’s where I first read her work. I remember diving into the first book Wolf Hall and not coming up for air for hours. At least that’s how it seemed.

Such was the brilliance of her style and the evocative nature of the scenes she created with words, her story seemed to rise off the page and swirl around me. Similarly Bring Up the Bodies, and the final book, The Mirror and the Light. One reviewer said that she turned Thomas Cromwell from the villain he’d always been painted as, to a kind of hero. Certainly she reimagined the much-told tale of Henry VIII and Katherine of Aragon, Anne Boleyn and Cardinal Wolsey, Thomas Cromwell and Thomas More et al. A tale which spawned many, many books and films. And none from the point of view of Thomas Cromwell.

Mantel herself says that when she embarked on her writing of the story, she went back to first principles, historical fact, and tried to ignore all the stories she knew or thought she knew about that period of history. We all think we know the story of Henry and his six wives: Katherine of Aragon, Anne Boleyn, Jane Seymour, Anne of Cleves, Catherine Howard, Catherine Parr. Plus the little rhyme that helps us keep them straight: divorced, beheaded, died, divorced, beheaded, survived. But do we know the story? Or do we, as historians say, only know the headlines, so to speak? And of people like Thomas Cromwell, who have for so long been secondary characters in the drama, we know very little.

That’s why Mantel’s reimagined version from the point of view of Thomas Cromwell is so refreshing, and, well, fresh. Anyway, if you haven’t read Hilary Mantel’s trilogy, I suggest you remedy the situation at your earliest convenience. Seriously. Brew up a pot of tea and settle in. On second thought, better make that several pots of tea.

The first two of Mantel’s trilogy, Wolf Hall and Bring Up the Bodies, were made into a wonderful television mini-series back in 2015. Mark Rylance plays Thomas Cromwell. And Claire Foy, Anne Boleyn. I’ve always had a fascination for the story of Henry VIII, and for Anne Boleyn in particular. Remember the 1969 film Anne of a Thousand Days with Geneviève Bujold as Anne and Richard Burton as Henry? Bujold was luminous as Anne. Years later I devoured Philippa Gregory’s books on the whole Henry affair. No pun intended. Ha.

Claire Foy as Anne Boleyn in Wolf Hall is wonderful. And I never forgot the scenes where she calls Cromwell, “Cremwell.” So good.

Now, I don’t want to make something that is perhaps only a slight coincidence into something bigger than it is… but here goes. As they say in social media memes, “hold my sherry.” I know, that’s not exactly what they say, but “hold my beer” seems wrong in this situation.

The dearly departed “queen of literature,” Hilary Mantel, writes a book called Wolf Hall. And Claire Foy plays Henry VIII’s second wife, Queen Anne, in the mini-series. Before going on to dazzle us all by playing yet another queen, our dearly departed Queen Elizabeth II in The Crown. So many queens. Am I making a mountain out of a molehill? Probably. But I do like to try to twist things so they connect. Especially as this week we’re mourning our second “queen” in as many weeks.

Let’s stop to think of all those royal queens, Anne Boleyn, Katherine of Aragon, Elizabeth II; so much of what makes and made them who they were was hidden behind a facade of strength, dignity, and social convention. What did we really know of their pain and struggle, except through the voices of historians or writers of historical fiction? And what of Hilary Mantel, the writer of historical fiction? She suffered too. She’ll be remembered for her work, certainly. But we should also acknowledge that life for her outside of writing was painful.

As I said, I’ve long felt that I’d love to have tea with Hilary Mantel. I knew that was never really possible. But a girl could dream.

I imagined sitting with her in her back garden in Devon on a sunny fall day. Sipping, eating, chatting. Wouldn’t that be wonderful? According to her longtime agent, Bill Hamilton, “emails from Hilary were sprinkled with bon mots and jokes as she observed the world with relish, and pounced on the lazy or absurd, and nailed cruelty and prejudice.” She sounds like a bit of a hoot. But maybe a little intimidating at first. So I’d probably bring along my much smarter friend, Susan, another Mantel admirer, so I wouldn’t embarrass myself.

You know, I’ve often imagined what it would be like to sit down to a fantasy tea party with my favourite writers, Mantel among them. I see me and my friends sitting around a table with all the wise and talented women whom we admire. Women who observe the world with a keen, clear eye, and then tell stories in which their characters navigate the world, and their own lives. Writers like Barbara Pym, Penelope Lively, Anne Tyler, P.D. James. What life lessons there are to be learned from the writers of the books we love, books which have already taught us many life lessons.

I wrote a post about that fantasy tea party a few years ago. You can read it here, if you’re interested. In it I describe who I would invite. I had to be strict with myself. And how I saw the day, and the evening progressing. Gad. I was so wrapped up in my fantasy that, after I was finished writing, I almost believed it had happened. Ha.

So, I’m thinking in honour of Hilary Mantel’s passing, we should reprise the event. I’ll be inviting Hilary. And I’ll have to add Elizabeth Strout and Maggie O’Farrell to my guest list.

So are you game? Want to join our Fantasy Tea Party II? Let us know in the comments who you’d like to bring. Alive or dearly departed, makes no difference to us. Remember it’s a fantasy, so geography, weather, time zones, and even death can’t interfere with our plans.

P.S. The book links in this post are affiliate links. If you make a purchase after clicking my link, I will earn a small commission which helps to pay for the blog. 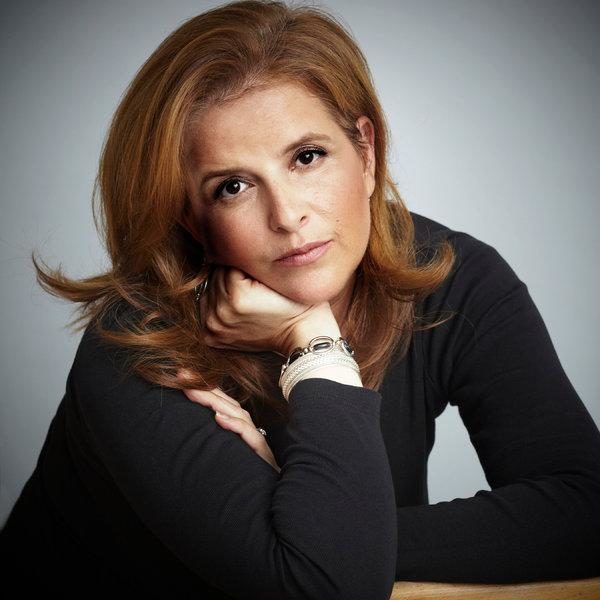 A Passion for Books

I have a passion for books. A deep and enduring love of reading that began … 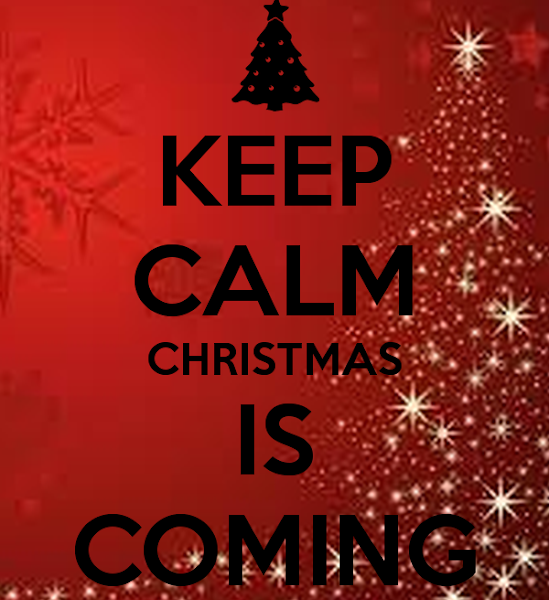 I Wish I Had A River to Skate On…

Picture this. The ten o-clock Friday morning sun is streaming through my kitchen window. I’m … 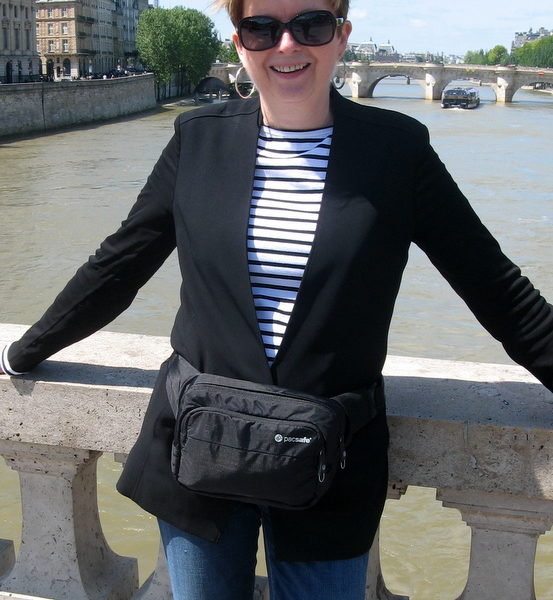 Paris Etc… What They Wore, What I Wore

I’ve been shopping. Quelle surprise! In Ottawa. Which probably seems funny since I just came home from …

57 thoughts on “Tea with Hilary Mantel”