On Family and Stories

I’ve been thinking about family a lot lately, as you’ll have noticed if you’ve been reading my recent posts. I love talking about family. Dredging up all the most embarrassing or funniest family stories, especially if they involve my sisters and brothers and my mum. I love telling those stories. To my friends, or former colleagues, or to you guys. I used to tell stories to my writing classes, to impress upon them that even the simplest event can make a good story.

Just last week I called my mum to ask her about Uncle Miles. Whether he was her uncle or her great-uncle. “Why in the world do you want to know that?” she asked. “Oh,” I responded airily, “I may need to know that kind of detail some day.” I was thinking about a story she used to tell me about Uncle Miles, and I couldn’t place him in the family. I knew he wasn’t a brother to my grandmother or my grandfather. Mum confirmed that when she said he was my grandmother’s uncle, Mum’s mother’s father’s brother.

So his name was Miles Everett. And Mum’s story goes that Uncle Miles Everett was staying at their house one time when she was about ten or eleven, I think. Grammy and Grampy always had a house full: their own kids, the two hired men who worked for my grandfather and boarded there, and often a relative from “up country.” Sometimes these relatives were cousins who came to Fredericton to go to school, one in particular stayed a full year while she attended “Normal School” which was the teacher’s college of the day. Often they were elderly relatives.

And so one day Grammy asked Mum to go wake up Uncle Miles for supper. Mum and her friend Betty went upstairs and found poor Uncle Miles dead in bed. Mum says that they stood very still at the foot of the bed and looked at each other. Betty said, “I pronounce him dead.” And Mum responded,” I pronounce him dead too.” Then they went downstairs to alert Grammy.

I love that story so much. I can’t imagine how my grandmother coped with eight kids, my grandfather who was almost as much of a handful as the eight kids, two hired men, and whatever sundry relatives were staying with them. Not to mention one that had died on her. But I’m sure she sent one son for the doctor, and another for the priest whose house was right next door, and still got supper on the table. It always seemed to me that Grammy was not afraid of man nor beast, as the saying goes.

I have always hoped that I inherited some of her gumption. I know my mum did. But I fear that that particular gene skipped a generation when it comes to me. I did inherit some of my grandmother’s quirks, though. Her tendency to toe out, as you can see below. I used to get sick of people asking me if I’d studied ballet. Nope. I just have my grandmother’s feet.

And I also inherited my grandmother’s love of telling family stories. Over the years while she sat in her rocking chair, crocheting, I heard all about the famous “Everett girls.” How no dance held in Four Falls or environs was any fun until Grammy and her sisters arrived. And about their old horse which used to belong to the owner of a livery stable who hired him out. The owner eventually sold him because the horse would get cranky with unruly customers, and head for home when any shenanigans started. Grammy said they might be halfway to town and, if she and her brothers started acting the fool on the wagon, the horse would turn around and not stop until it was back home in the barn.

Of course I inherited all kinds of other things. Mum and Grammy’s love of reading. A tendency to resort to sarcasm. Long skinny legs. That photo below from 1969 was taken at my aunt and uncle’s house after my brother’s wedding. That’s my sister Carolyn, Mum, brother Terry, his new wife Carolyn, sister Connie, and me. Skinny legs and all. Ha.

Because I was part of the festivities, I went with my mum to get my hair done on the morning of the wedding. I never forgave the hairdresser who gave me that helmet head. She made me look like a cross between Tammy Wynette and Patty Duke. And all the while I longed for straight, silky locks like Susan Dey in The Partridge Family.

I adored and admired all my older siblings. I wanted to be able to get a tan like Connie, and have long straight hair like Carolyn. And I simply adored my brother Terry, full stop. As the youngest member of my family, I know that I was an annoying little sister at times. Especially for my sister Connie who as the next oldest sibling was most often the one who had to stay home to look after me. Terry, well, he was the boy and as such seemed to be out of the running. And my other sister Carolyn, well, she always somehow seemed to be very busy with very important things. Isn’t that right, Connie? Then because it was easier for my mum to ask Connie, she became the default baby-sitter. Sorry about that sister dear.

And then when Mum married Lloyd, I was no longer the youngest. David, my step-brother, now held that position. And as his next oldest sister I felt privileged to finally be able to lord it over someone younger. Sorry about that, David. One day I’ll tell you the whole story of David and me and the afternoon the pigs got out. He rounded them up. I supervised. Ha.

I hope you’ll forgive the flow of ruminations and family memories that seem to be bubbling out of me these past few weeks. I know I do tend to go on about family stories, but it’s worse than usual lately. That’s because Hubby and I have been watching pictures and video footage of families in Ukraine. And thinking of how war tears everyone’s family apart.

So I’ve been feeling grateful for my own family. And for all the memories. And all the embarrassing and funny family stories.

I know this post is not about the war in Ukraine, or the tragedy unfolding there. I didn’t feel capable or qualified to write about that. But I have included below a couple of links to articles from reputable sources which list ways in which we can help.

Canadians can find a good article in The Globe and Mail here. And from National Public Radio here for those readers in the USA. One from the Mayor of the City of London here.

Now, how about you my friends? Why don’t you tell us a family story today. We all need it. It doesn’t have to be funny, or embarrassing. Just give me a minute to refill my cup of tea. 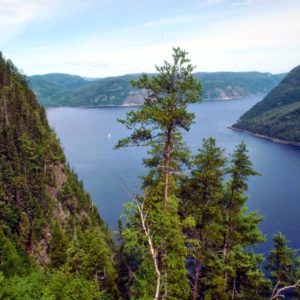 We love to travel in Quebec. Most years we spend a week in August at … 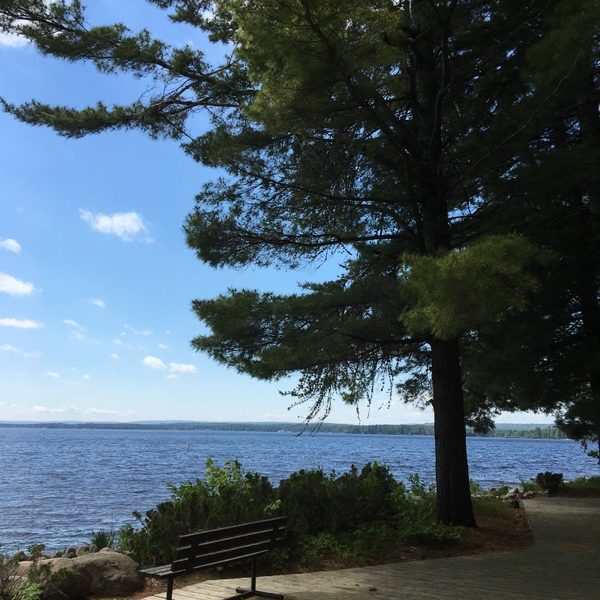 Escape to the Wilderness

Camping can be balm for the soul. Sometimes. And then there are the other times. 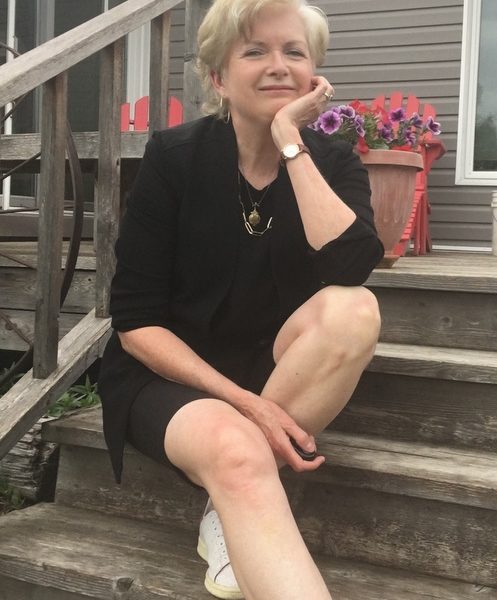 What to Wear with Bad Hair?

Now that many of us have bad hair, aka Covid hair, and we can’t do much about that, the pertinent question becomes: “What to wear with bad hair?”

PrevPrevious storyThe Art of Distraction
Next storyThoughts on Winter SkincareNext

27 thoughts on “On Family and Stories”