The Vicissitudes of Winter

Merriam-Webster on-line dictionary says that “vicissitude,” while often defined as “the simple fact of change,” has a more connotative meaning referring to the “hardship or difficulty brought about by change.” It goes on to say that to survive “the vicissitudes of life” is “to survive life’s ups and downs, with special emphasis on the downs.” And it’s interesting to note that, while many of us are reveling in the change wrought by mother nature on Monday, namely the 48 cm of snow we received, others of us see this massive change in the landscape as a definite “down.” Thus some of us refer to snow as one of the vicissitudes of winter. Especially those of us who have to shovel, and walk, and drive, and carry on with our lives in the depths of winter.

On Monday morning, during a lull in the storm, wrapped in his parka and his down-hill ski pants and goodness knows how many layers underneath, Hubby exited the house very carefully. We had had blizzard conditions and God only knew the configuration of snow drifts created by the high winds. He didn’t want to trigger a small avalanche of snow into our kitchen. I love that you can see the imprint of the door trim on the snow below.

I swear there’s nothing more exhausting than a big dump of snow. Shovelling the darned stuff for one thing. Then cleaning the cars, and then shovelling some more. Not to mention walking in deep snow. Carrying anything while walking in deep snow. And trying to straighten your hat and scarf so you can actually see where you’re going. And I won’t even get started on the driving when three lanes suddenly become two, and intersections are virtually impossible to navigate, and parking lots almost unusable. Gad, I’m getting “driving to work in a snow storm” flashbacks just writing that. I think most people who could stay home on Monday did so.

Monday was supposed to be the first day back at school for most kids in Ontario. But the government did an end-run around any hopes for a snow day by extending the on-line learning for one more day. Poor kids. Cheated out of the first snow day of the year. Imagine. All that fresh white stuff outside just waiting to be rolled in and kids were sitting in front of their computers for another day. I wonder if Covid has put paid to the possibility of there EVER being another snow day for kids.

As I hauled on my snow gear to go out and help Hubby on Monday morning, I thanked providence that we were both retired. The car and truck were buried, and the wind had created a huge drift almost engulfing the truck. But we were in no hurry, really. We have a small snow-blower with which Hubby does the pathways. And in the past two years we have someone who comes and blows out our driveway. Far better than the days when Hubby would have been up well before six to shovel the cars out so we both could get to work.

Brrr. I’m remembering cold winter mornings, muffled to the eyeballs, wading snow, lugging briefcase and purse, navigating black ice on the roads, and reaching work to find the parking lot unplowed. Or even worse, leaving work in the dark to dig my car out of the snow, and hope that I didn’t get stuck in the parking lot. The first time that happened cured me of my habit of staying at school after my colleagues had gone home so I could work in the quiet. On snow days I exited with everyone else, in case I needed two burly colleagues to push me out of a snow drift.

Driving hazards aside, nothing beats the vicissitudes of winter for someone who does not have a car. If you have to struggle into your warmest gear and survive public transit during winter in any city in Canada, you have my deepest sympathies. I have such vivid memories of doing that in 1985, my first teaching winter.

I lived in a rented house downtown, with two other girls, and no shovel. And we had a ton of snow that year. By January the front steps and the short walk-way were covered in two feet of snow except for a narrow portion that we’d beaten down with our feet. That is until I started dating Hubby, and he was so aghast at our predicament that he lent us a shovel. I can’t remember if we ever actually bought a shovel that year.

I think I must have written about that first winter of teaching before on the blog. In my mind it’s a collage of images many of which involve wading snowbanks in my good leather boots and long dress coat, lugging heavy text books and marking and my lunch each day, and standing at one bus stop or another.

It took me three buses, two changes, and several minutes of waiting at each stop to get to my daytime teaching job. Then two buses to my night school job, two evenings a week. And two buses home after my night class which ended at 10:15 pm. And that doesn’t include the several blocks walk each day between various bus stops and my house. All that wading and waiting in the cold. I’m exhausted just thinking about it. I remember being almost tearful with gratitude when an older teacher at night school discovered that we lived a few blocks apart and offered to drive me home each night.

If any winter makes me think of the “vicissitudes of winter” it’s that one. The “downs” were so very difficult. Exhaustion, an extremely bad cold that seemed to last for weeks and weeks during which I did not dare take more than a day or two off, the fact that I looked like a drowned rat at work most days (the result of my almost two hour commute of walking, waiting, riding the bus, waiting, riding, waiting, riding, and walking in the cold and snow), endless prepping and marking and more prepping, and the fact that most days I was afflicted with imposter syndrome, terrified that I would be found to be a horrible teacher.

But despite all that I was joyful too. If the “downs” were horrendous. The “ups” more than compensated. I was happy and honoured to have a real teaching job. Excited to get stuck into a career that I had delayed for too long. And of course I had met Hubby. When I wasn’t exhausted that winter, I was euphoric. Ha.

On Monday Hubby and I stayed home all day. A snow day for us, for sure. But yesterday after my work-out, I had errands to run. And the struggle of climbing into and out of the car in my heavy clothes, navigating narrowed streets, peering around high snow-banks, slip-sliding across snowy parking lots carrying heavy bags, and fumbling for my car keys in my mittens gave me serious winter flash-backs. I was happy to get home and escape the vicissitudes of winter, no matter how small they might be in comparison. I relished curling up on the sofa in the sun room with my book for the rest of the afternoon, while the gas stove ticked and the sky outside turned pink.

Of course my winter memories are nothing compared to the memories of my parents and grandparents. Something about walking to school barefoot in the snow comes to mind. Ha. But seriously, I know when we were kids before we moved to the farm, and my mum worked full-time, she walked the mile home from the bus in summer and winter. I know my stepfather worked long hours on the government snowplow, only to come home in the dark, get out the tractor and plow our long driveway. Not to mention looking after the farm animals morning and evening. I fully recognize that my slight inconveniences are nothing to their struggles. Still… there is that winter of ’85. I did survive that. So I may not be a total weakling after all.

And all in all, I do view the arrival of a big dump of snow with delight as much as with dread. The ski trails will be amazing. Although Hubby has been furiously shovelling snow off the roof. We had a huge drift up there. And we are supposed to get freezing rain. And then 10 cm more of snow. After which the temperature is supposed to plummet again. I guess we are in the middle of a good old-fashioned Canadian winter. Eh?

But I haven’t only been preoccupied with winter and winter storms this week, my friends. My splurge research continues apace. Remember “Sue’s New Frugality” plan? Or “Sue-gality” as Lisa called it. I have been bag shopping on-line. I’ve created a Pinterest board of some bags I like. Most of which, like The Row bag below, I can’t afford. Still, a girl can dream. Below are three styles I love. I am really gravitating to Polene Paris bags. There are three on their site I’d love to own. But we’ll see.

Hubby and I are off on Friday to Quebec for a week of skiing. We’ll be staying in a condo at the small resort in the Laurentians where we go every second year. We’re packing most of our food. And plan to be just as Covid careful as we are at home. I’ve borrowed lots of DVDs from the library, loaded our i-Pads with books, and bought the wine and snacks. Tomorrow we’ll pack, check off our lists, and head out on Friday morning. We’re looking forward to our holiday. We won’t be doing much different than we could do at home: read, ski, eat, watch movies. But the trails up there are wonderful. And a change of scenery will be most welcome for us both.

I will try my best to keep to my posting schedule when we are away. But all will depend on a sometimes iffy WIFI signal. So you may hear from me as usual on Saturday. Then again, maybe not for a week.

In the meantime, my lovely friends, stay warm and shovelled out. Unless you live where it doesn’t snow. Then stay dry. Or wear your sunscreen. Or whatever. We all need to survive the vicissitudes of 2022, no matter where we live. 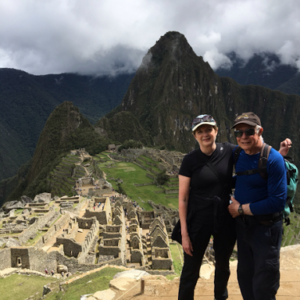 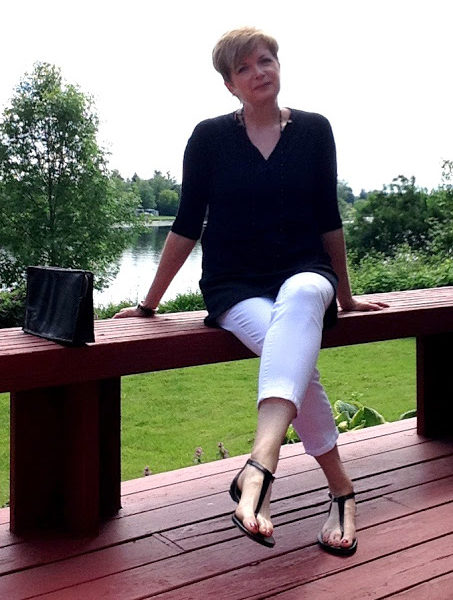 If you’re not Canadian you probably didn’t get the reference in my title; it’s a … 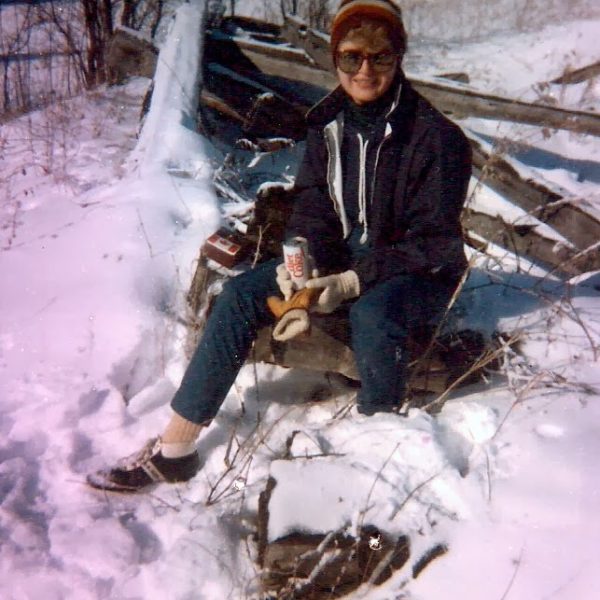 45 thoughts on “The Vicissitudes of Winter”