On Being a Morning Person After All

Yesterday I cleaned. One of those big cleans when my little dusting cloth rubs and polishes everything, ornaments, all the surfaces, baseboards, even alarm clocks. Then at six this morning when I was sound asleep, my alarm went off. Very quietly. I must have dusted it back into action yesterday, and at the same time, lowered the volume. I lay there for a bit, listening intently. “Who in heck was talking at this time of the morning?” I wondered grumpily. Then I realized, got up, turned the alarm off, used the bathroom, and scuttled back to bed. Oh, the joy of not having to get up! Because as I’ve probably said many times on this blog, I am NOT a morning person.

When I first retired, I awoke for months on the stroke of six-twenty, the time I’d normally get up when I was still teaching. Well, except for those mornings every two weeks when I had an early admin meeting and arose at six on the dot.

When I retired, the six o-clock habit was hard to break. I didn’t get up at six. I’d wake up, use the facilities, then, just like today, I’d scuttle back to bed. As I burrowed back under the duvet, I’d moan with pleasure to Hubby, who was almost always up and about, saying that six o’clock was now the best time of day. I simply can’t explain the luxurious feeling of being able to go back to bed. Going back to bed at a time one would normally be getting up is one of the joys of retirement for someone who is not a morning person.

Later this morning Hubby asked what I was writing about today. “Mornings,” I replied. “You might have chosen something you actually know about, ” he chortled. “Hardy, har, har,” I shot back. But his comment made me think of an activity I used to do with my creative writing classes. Before we wrote in our journals at the beginning of class, I’d write a list of triggers on the board. Students could choose one as a topic, or not. The idea was simply to write steadily for ten minutes about anything. Sometimes I’d write the beginning of a sentence. Like “I know about…” or “I remember…” And even “I don’t remember…” or “I don’t know about….” It was always amazing to the students how much they could write about things they purported to know nothing about. Like me writing about mornings.

As a kid growing up in a rural area in a cold climate, I remember clearly the mornings of big snow storms. We lay in bed, listening to the radio downstairs in the kitchen where Mum and my step-father were lighting the old woodstove and having their first cup of tea. Holding our breath and hoping, we strained to hear the announcer as he read the list of school districts in which school was cancelled. Sometimes even if our district was open, our buses couldn’t run. Then we felt privileged to be “bus children,” as they used to call us in elementary school. And trust me, feeling that we were privileged to ride the bus was a rare thing.

If our district was announced, Mum yelled the news up to us. And we tried to go back to sleep. Usually we didn’t. It was much more fun to be able to loll around over breakfast in our pyjamas, knowing that we didn’t have to go out in the cold. But doing so later, of course, since a new snowfall was tempting, and being able to rush back into the warmth of our big farm kitchen whenever we wanted seemed all the more wonderful.

So maybe, after all, I am a morning person. Under certain circumstances.

Sometimes those circumstances involve a bribe. Somehow early mornings are not unpleasant for me if they are associated with food and strong tea or good coffee.

When Hubby and I rise before dawn to head out on the highway, whether driving to New Brunswick or back, I must be bribed with good tea or coffee and breakfast. I used to love the winter mornings driving back home after Christmas. A thermos of strong tea and a tin of Mum’s famous homemade doughnuts would hold us until we stopped for breakfast in Edmundston three hours later. There’s something cosy about driving the almost empty highway, sipping tea, and eating Mum’s sugar doughnuts, watching the lights come on in the houses we passed. Hubby and I have had some of our best conversations sitting in the car. Or the canoe. Same principle.

When I was still working, the six o’clock mornings when I had a seven-thirty admin meeting were not loathed at all. On the contrary, I loved them. I loved rushing off in the dark to school, dumping my coat and boots in the prep room, grabbing my diary and my coffee cup, and clacking down the empty halls of the school to our meeting room in the library. I loved the camaraderie of those early meetings with colleagues I liked and respected. And the breakfast laid on by our principal. The cafeteria manager always came in early to make us a big pot of coffee and his famous “Sunshine Bagels” (fried egg and bacon on a toasted bagel.) So yummy. I never minded getting up at six for those meetings.

So you see? I can be a morning person after all. Given the right circumstances.

Hubby and I joke about the time when he learned that I could be a morning person, in certain circumstances. We were on our first big trip. Three months in the Cook Islands, New Zealand, and Australia. A trip Hubby had been planning for months, and for which I had taken a semester off without pay. I think we were almost two months into the trip. I was exhausted. Actually, I started the trip exhausted. We left less than a week after the conclusion of a stressful semester at work for me.

At first we both balked at the desired schedule of the other person. I may have mentioned before that Hubby is a “get up early and get fifteen things done before breakfast” kind of guy. I’m the opposite. Unless I have to do so, I’d much rather NOT get up early. We were well into our second week of travel before we found a compromise that worked for both of us.

On days when we were travelling, we packed and left early. But we stopped mid-morning for coffee and a snack. And we usually stopped for the day, no later than 4:00 in the afternoon. That way Hubby had time for a nap, and I had an hour or so of tea and book time. If we were staying more than the one night in a place, Hubby would rise early in the morning to explore the new town or city, returning an hour or so later with coffees for both of us. When I heard the door shut behind him as he left, I knew I had time to take a leisurely shower, and get ready at a pace I was comfortable with. Thus we became accustomed to the rhythm of our days.

Until Melbourne. I was so tired when we reached Melbourne. We’d been on the go for almost two months. We were still a week away from our planned down time. We’d rented a timeshare condo in central Victoria for seven days and planned to do little except rest up in that time, before we headed west into the outback, and then back east to the Great Barrier Reef, and then down the east coast of Queensland and on to Sydney.

Now, I have to preface the rest of this story by saying that until we reached Melbourne, I had not spent a single moment shopping on the entire trip. But we’d planned to split up that morning. I would shop. And Hubby would do whatever. At six-thirty my eyes popped open. I was wide awake. I turned my head and saw that Hubby was awake too. Not unusual for him. I remember saying in an excited voice, “Let’s geeeet shopping!” I also remember Hubby saying, “Ok-ay, Suz. You’ve blown your cover now!”

Like I said I can be a morning person, given the right circumstances.

But I will say that this morning was NOT one of those mornings when I had even a slight chance of displaying my rarely-observed morning-person qualities. Not when all was quiet in the house, and it was snowing gently outside. And the ice on the river was cracking in the cold. And I had no place I had to be, or wanted to be. No siree. I skittered back to bed and burrowed deeply under my duvet with a contented sigh. Happy to take advantage of one of the great joys of retirement for someone who is, after all, only rarely a morning person. 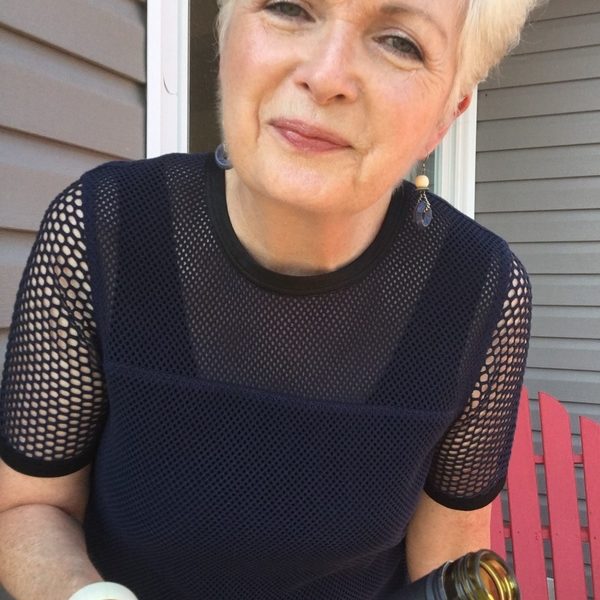 We’re having a fantasy book party in my backyard today. With lots of good food and great conversation. And then we’ll be kicking back for an old fashioned, down-east lobster boil. Want to join us? 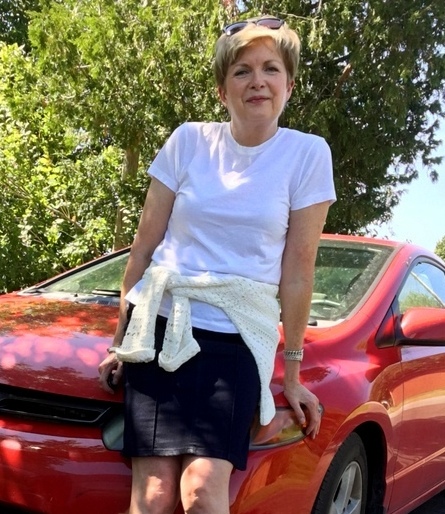 I’m dreaming of outfits these days. When I’m lying in bed at night. Or drifting … 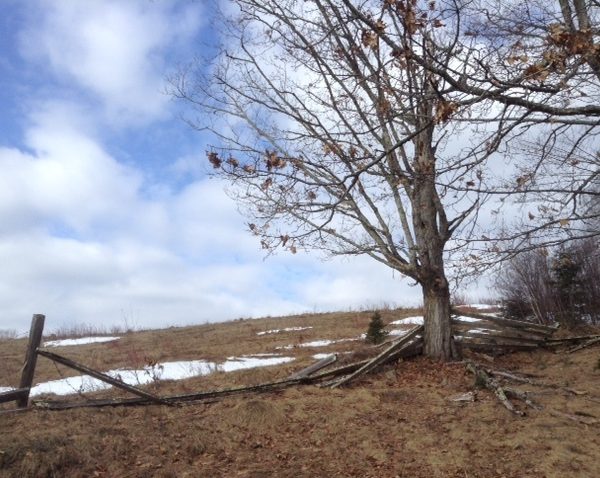 I don’t know about you, but when the end of winter is in sight I …

60 thoughts on “On Being a Morning Person After All”