Black Friday: Just a Blip on the Radar?

Black Friday seemed to be no more than a blip on the radar this year for a lot of people. For me certainly. In 2020, of course, it pretty much didn’t exist. The pandemic saw to that. But since many, many people seem to believe that the Covid crisis is now over, and with so many places open for shopping as usual except for mask requirements, I wondered if Black Friday would rear its ugly pre-pandemic head again. Or not.

And based on the articles I read today, it seems all is not business as usual.

According to this article in The Washington Post, Black Friday was disappointing to many of the shoppers who were still willing to get up before dawn and brave the line-ups. The article went on to say that although many shoppers who did venture out on Friday liked the shorter line-ups, they weren’t bowled over by the deals. And retailers said that crowds were nothing like the pre-pandemic days.

But lest we take hope from that, thinking the days of autumnal consumer frenzy are numbered, the article went on to say that shoppers who stayed home merely shopped on-line. Some started their Christmas shopping in October. And one woman who listened to retailers who told her to do her on-line ordering early, and has already finished her Christmas shopping, says: “And now I’m done, sitting here twiddling my thumbs and trying not to buy more.”

And then there was this.

A local news reporter in Texas chatted to two women at a mall who seemed disappointed that shopping on Friday was like any other “normal” shopping day, with no “pushing and shoving.” This mother and daughter said that braving the Black Friday crowds to scoop up deals was part of their family Thanksgiving tradition. The reporter added that she found Black Friday shopping heartwarming because families shopped together. And one of the women she was chatting with said she was heading home to pick up her granddaughter to give her some Black Friday shopping experience.

I should add that the two women thought it was good the stores were closed all day Thursday this year. That they had not needed to head out shopping on Thanksgiving Day evening, after the Thanksgiving meal clean-up. And they were glad that retail workers no longer had to work on the holiday.

But still. So many things about this brief interview were disturbing to me. I won’t belabour it. You can watch it for yourself here.

In other news, I spent my Black Friday sipping tea and eating scones and sandwiches with my buddies at a friend’s house. We had a lovely afternoon. And when we left it was snowing hard. No shopping was done by any of us.

This is what I wore to my Friday event. The grey Artizia sweater dress that I bought last winter. I was excited to finally wear it somewhere that was not my sun room. I bought this dress last January in an accidental haul; I’d ordered a skirt and two dresses on-line, thinking I’d keep one and instead kept all three pieces. I wrote about that in a post last winter which you can read here if you’re interested.

The skirt and this dress are why I bought my new tall black boots from Brown’s earlier in the fall. The boots, my Vince turtleneck, and my black down coat were the three things on my shopping wish list this season. I’m pleased that they work well with so many other pieces in my closet. But, black boots, black turtleneck, black coat… how big a leap is it to expect that they will go with everything?

The dress looks good with my AllSaints cross-body bag, I think. I’m wearing a vintage brooch that I bought when Liz and I were walking around Merrickville a week or so ago. I found it in the little “collectibles’ shop where the poor owner was freezing despite her propane heater. It was only five dollars. The clasp is a little loose, and I noticed a couple of the tiny rhinestones have fallen out, but I have plans for this brooch. Hubby is very adept with the glue. He can repair the clasp, and I might check out the dollar store for some shiny bits to replace the rhinestones.

This is what I wore to my other “event” last week. I met a friend at our local bistro here in Manotick for a glass of wine (or two), a meal, and a very fulsome chat on the state of education, among other things.

And here with my Akris burgundy cashmere turtleneck, much sought after a few years ago, and finally found at Nordstrom for a price quite a bit more than I’d intended to pay. Back in 2017, this piece was an investment. But I take good care of it. And, you know, this is a purchase which I have never second-guessed. Not once. I love this sweater.

For this outing I added my Uniqlo ultra-light down vest, and my old Marc Jacobs bag.

And before I forget. This is my new black down coat. Bought from Aritzia a couple of months ago. It’s ultra light. In fact Aritzia calls it a “foundation puffer.” So it can fit under other coats if I want. And like my Uniqlo jacket and vest, it scrunches into a tiny pocket for easy packing.

Neither of these outfits are particularly edgy. Or uber chic. But they suited me. And I felt pulled together and happy wearing them. The boots and the coat are new this season. The dress is from last year, although up to now I’ve only worn it on the blog, since lock-downs precluded parties or dinner dates last winter. The rest of the pieces are from three to six years old. Which is relatively new in my closet, considering I’ve jackets from the last century. Ha.

So Black Friday was merely a blip on my radar, and on the radar of my friends. I’d never even heard of Black Friday until a few years ago. Now it seems to be everywhere. And, up here, it’s not connected to Thanksgiving, which we celebrate in October. I didn’t go searching for deals on Black Friday. Then again, I never do. And I am saving what Christmas shopping I’ll be doing, except for one gift already purchased for Hubby, for when I am in Fredericton. My old friend Debbie and I plan to do a bit of shopping together and have a long chatty lunch afterward.

I’ve never really understood the frenzy that can accompany the promise of fantastic deals. Don’t get me wrong, I’ve bought lots of things on sale over the years. For a couple of years I was a regular at the Nordstrom Anniversary Sale in July. But I’ve never braved crowds and line-ups to do so. Or understood all the hype.

I felt bad reading about some of the parents shopping for their kids’ Christmas gifts on Black Friday only to be disappointed at not being able to find what they wanted. I don’t know what the answer to that issue is. Shop early and pay full price? Buy less? Buy what you can afford? I’ve never had to manage a child’s expectations so I’m not qualified to comment on that.

And as for whether or not the pandemic has wrought an overnight conversion of thought about over-consumption. Well, the jury’s still out on that one.

A recent article on FastCompany.com which looks at whether the pandemic changed our views of conspicuous consumption, said that during lockdown “many people who [had] been working at home, surrounded by stuff, [realized] that they already own too much.” And global surveys showed that, going forward, people intended to buy less, and buy better quality, and otherwise change their shopping ways. The researchers also qualified these findings by saying that there’s often a “large intention and action gap with consumers.” So I guess we say one thing in a survey, and do another when the Black Friday sales roll around.

Or maybe that’s just me being cynical.

But, you know, cynical is not my normal state. So I prefer to focus, not on the plethora of Black Friday ads in my IG feed. But instead on the many posts which expressed anti-Black-Friday sentiments, the admonishments to stop shopping, shop local, shop used and vintage. And the Vivienne Westwood quotes. Like this one: Buy Less. Choose well. Make it last. I was heartened by these.

But as I said to a friend yesterday, maybe all those posts say more about who I follow on IG than anything else. Still.

I was reading an essay by Leandra Medine Cohen the other day. Precipitated by a conversation with a stylish friend who, when complimented on it, said her skirt was four years old, Medine Cohen wondered if wearing this season’s fashions is now old hat. And maybe the “recently old, is the new new.” That maybe “bragging about the age of your clothing [is] the new sale-bragging.” Ha. I like that idea. Maybe not the bragging part exactly. But the idea that we are mature enough to want to share the provenance of our clothes. That not everything we are excited to wear needs to be new. That we want to wear clothes with a bit of history.

And history is, of course, not something that you can line up for at a Black Friday sale, and buy off the shelf or rack. Unless you’re lining up at the vintage store.

Now, wouldn’t that be a whole other kind of Black Friday?

P.S. I am heading down east on Wednesday to stay with my Mum for a while. So, I won’t be posting again until next weekend. See you then. 🙂 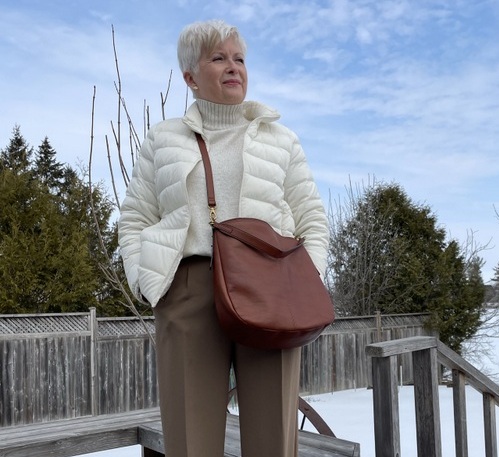 Shopping My Closet for Pre-Spring Fashion

I’m shopping my closet for pre-spring fashion this week. Lightening up a bit in anticipation of the arrival of real spring. 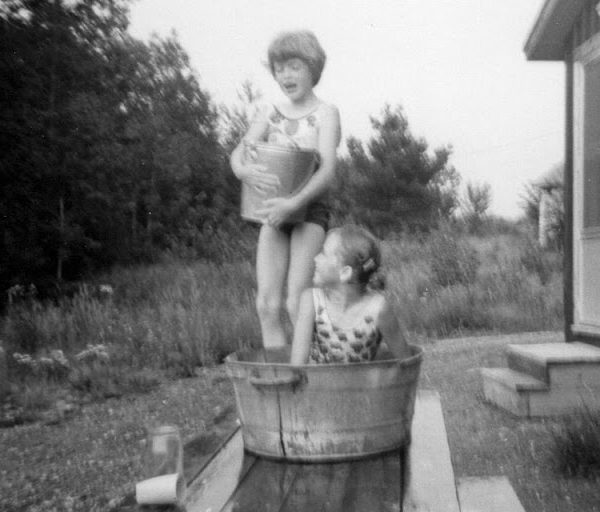 It’s the end of June. A time of year that triggers so many memories for … 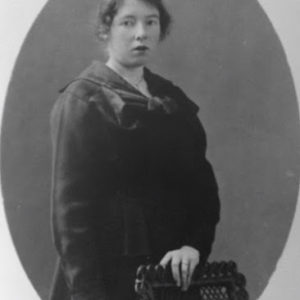 Hubby and I are still down east at Mum’s. And there’s still no time for …

49 thoughts on “Black Friday: Just a Blip on the Radar?”