Maybe you haven’t heard of the Canadian poet Dorothy Livesay. I remember discovering her for the first time in university. And falling in love with her work. Born before World War I, already writing and publishing her poems in the twenties and thirties, Livesay was, by my definition, old when I read her for the first time in the mid-seventies. What could she, this spinster-ish-looking, old woman, have to say to me? Ha. A lot, as it turned out. What a shallow, closed mind the young sometimes have, eh?

At first glance, Livesay seemed nothing like a rebel poet. But she was, writing lines which strained at the bonds that tied women to the kitchen and the marriage bed. She raged against middle age, and old age, at society’s view of the woman in her mirror, seeing only the folds and wrinkles, and not the woman behind them. She was an unassuming subversive, in many ways “woke” before the word meant what it has come to mean today. And a woman who wrote about ideas which inspired me, at age twenty. A silly girl, who had been up to then mostly concerned with how to get good marks and what to wear to the pub on Friday night.

Livesay’s lines came to me this week because of that word “unquiet” in the title of her poem. My feelings of unquiet, of restlessness have nothing to do with my marriage. But more to do with age, with life, and with how the hell to get a good night’s sleep.

In a literal sense my bed has been “unquiet” because, for the past few weeks, I have been plagued with the worst case of restless legs I’ve ever had. Restless leg syndrome is nothing new for me. Usually it’s mildly annoying, uncomfortable, and easily alleviated by getting up and doing some leg stretches, walking around for a few minutes, and then going back to bed. But lately things have been much worse. So I’ve been reading about the problem, talking to my doctor, and trying numerous remedies that I won’t bore you with today. So there’s that. Restlessness in a very literal, physical sense.

And maybe as a result of that particular form of restlessness, I’ve been plagued with other forms. As I said, I’ve been fitful, fretful, unsettled, cranky. The crankiness is probably caused by sleep deprivation. I rarely suffer from a problem with sleep. Except for the usual jetlag when we’re travelling and the summer I had shingles, I fall asleep easily and stay that way. In fact I have been known to fall asleep in very odd places.

Like one summer when Hubby and I were brook-trout fishing. An activity which involves lots of walking along the banks of heavily treed streams, stepping over windfalls, beating a path through thickets of alder bushes, and wading upstream in the swift current trying to stay upright. It can be exhausting, and so on that particular day when Hubby said he just wanted to try one more pool around a bend in the stream, I stayed where I was and waited for him. There was no place to sit, so I leaned back, balancing myself against a very thick bunch of bushes and small saplings. Have you ever done that? The trees bent slightly, but took my weight, and they bounced up and down so gently in the afternoon sunshine, that when Hubby came back around the bend in the stream I was sound asleep. Standing up. I’m serious.

Last night was a very restless night. And today I’m so sleepy that as I stood on our back doorstep this morning, hanging laundry on the clothesline, watching the towels waft back and forth in the breeze off the water, listening to the distant, rhythmic hammering from across the river, and nothing else, I could have fallen asleep right then and there. Face-first into the towels. Ha. But I didn’t.

So restless legs, and the ensuing sleeplessness makes me feel as if I’m walking around in a fog these days. More of a fog than usual. Plus it’s August, which has never been my favourite month. Mostly because it’s the month before school starts, and around this time a switch is thrown in my brain, and I start having school dreams. If you’re not a teacher you’ll not have heard about school dreams. Most of us have them. Disquieting dreams of huge unruly classes, lessons not prepped, a classroom that cannot be found, field trips that go disastrously awry. You get the picture. Despite having been retired for eight years, I still get school dreams when I’m anxious about something.

When I was still teaching, August felt like a waiting month, as if I were sitting twiddling my thumbs waiting to get back to real life. Retirement did not change that. In August I feel a need to get on with things. Get a move on. This upcoming week, I’ll be packing for our long-awaited trip down east. Maybe that’s why I feel anxious.

But it’s not only that. Change is coming. In September I have to find a new host, and tech support team, for my blog. That’s kind of niggling away at me. I’ve been doing my research, but I decided to put off making the decision until the fall. Mum and I will be meeting with a social worker when Hubby and I are home. She has some decisions to make. And that will trigger decisions that the rest of us will have to make. As I said, changes… and decisions.

I went shopping the other day. To buy slippers, yes, slippers. And face cream, and hair conditioner. All necessary purchases. But it seems my shopping muscle needed more flexing. My credit card was feeling restless, maybe. And as I passed Brown’s Shoes in Bayshore Shopping Centre in the west end of Ottawa, I couldn’t resist going in for a look at their sale. Shoes, particularly sandals, have always been a problem for me. Only certain styles fit my really narrow foot. And chunky sandals never, ever fit me. I once spent an hour in a specialty shoe store where the sales person was determined she could find me a pair of Birkenstocks (or a similar brand) to fit my foot. Ha. She failed. Although my friend Susan bought some lovely sandals from her.

So at Bayshore the other day, I saw a pair of knock-offs of the infamous and ridiculously expensive Chanel “dad” sandals, beloved by fashion vloggers including Emma Hill. Maybe with all those Velcro straps they might fit. They did. But oh my lord… did they look ridiculous on my skinny foot! And when I moaned about how I’ve always wanted a pair of Birkenstocks, or something similar, the salesgirl returned with these lovely things. (similar) She ratcheted the straps to almost the last hole, refastened the buckle, and told me that the Brown’s store brand are much narrower than the original. I tried them on. Voila. They fit and I love them. Despite the fact that they don’t really flatter my foot, I still love them.

This shopping story has little to do with restlessness, I know. But just thinking about those new sandals makes me smile. So maybe my impromptu purchase, my impulse buy, has helped my restless mental state. Except, can we really call it an impulse buy if I’ve been looking off and on for years for something similar? Let’s call it shopping kismet instead.

Don’t get me wrong. I don’t think that shopping can cure all my ills. Or any of my ills, really. Except for those of the wardrobe kind. I’m still sleepless. Still restless and slightly agitated. I still have some decisions on the horizon that make me anxious. But I do feel all smiley when I let my mind wander to the possible outfit combinations I can conjure up around those new sandals. How they will update some of my looks, make me feel a bit more current.

I mean, I’d like my outside to reflect my inside. I know my outside is older, with white hair, now, and wrinkles. But I’m still alive and kicking. Still current and, I hope, relevant. I don’t want to have to shout: “the woman I am is not what you see.” But I guess that all depends on what people see when they look at me. At any of us who have seen fifty or more summers come and go. The whole idea of fighting that particular stereotype makes me angry. Fretful. Pissed off. Shouty. Unquiet, in a whole other sense.

And I know a new pair of sandals can’t help that. But it sure can’t hurt, eh?

How are you doing these days my friends? Do the dog days of August make you restless? 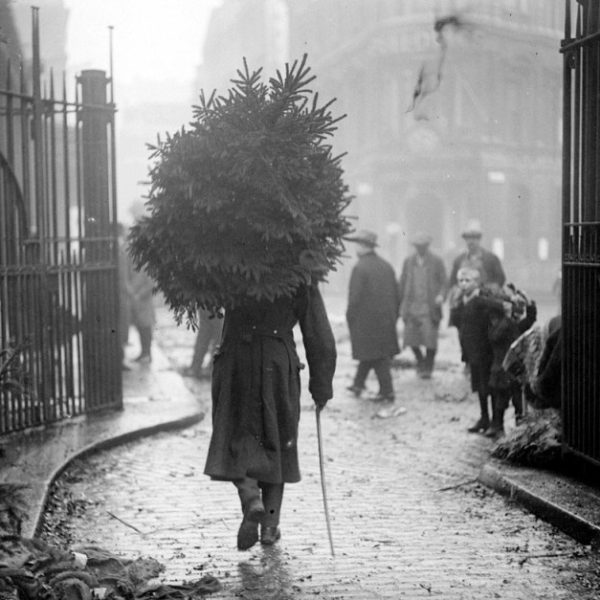 I think we often dismiss deceptively simple books as “light reads.” Books which are perceptive, captivating, and even life-altering, 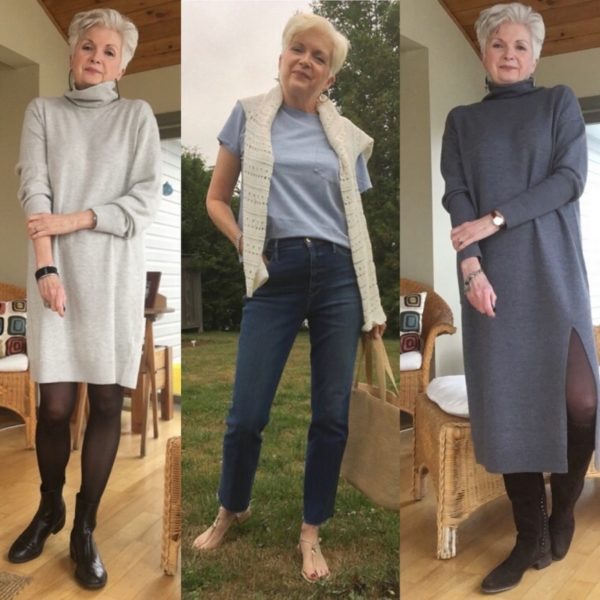 It’s January 2021, time for my slow fashion review of 2020. What I bought, and what progress I’ve made in becoming a more ethical shopper.