So. Do you ever have those phone calls where you have nothing to say, but you end up talking for an hour anyway? You know, you just call someone, not for any special reason. Just to reach out. To hear their voice. To catch up. Maybe just to say, “Hi. Happy New Year.”

My friend and I used to do that. She’d call me. I’d answer the phone, “Hello.” She’d reply, “Hi.” And then pause. I’d say, “How are you?” She’d reply, “Good. And you.” I’d say, “Good.” There’d be another pause. And so I’d say, “Ok-ay. Bye.” And then we ‘d both laugh. And talk for an hour. She was hard to get started, but once she did she could talk a long time. I haven’t heard from her in years. I kind of miss those phone calls with the awkward beginnings.

My brother, Terry, and I used to have awkward phone calls. He could talk for a long time to my older sister Carolyn. Carolyn and he were more of an age. He’d be able to ask her about her business, and tell her about his. But he and I struggled. He still saw me as the baby sister, I guess. So I used to save up funny stories to tell him. Or old memories about when he was a teenager and I was a kid.

When he was very ill, and recovering in bed it was even harder. And in the last few years, he became very hard to understand. Lying in bed, being mostly paralyzed, made audible speech too much of an effort more often than not. So I’d do all the talking.

Sometimes I wish I could still call him. Not that I’d have much to say. Maybe I’d call to tell him that we saw a deer on the lawn the other day. Or a beaver on the ice. Or to tell him I miss him.

Mum and I talk about nothing much every other day. Sometimes when she answers the phone, I’ll ask if she’s busy. She usually replies in a mock serious tone, “Ye-es. I’m very busy. Doing very important stuff.” Then we both laugh. I am so grateful to be able to laugh with my mum on the phone.

A few days ago I was feeling down, and I told her. I’ve decided to not hold back on stuff like that anymore. For a long while, I’d never say. Then I realized that she likes to still be able to help her kids solve their problems. So I said I was feeling down over nothing. Because of course I had no good reason to feel down. Other people have far bigger problems than me. Problems which I am utterly unable to help with, and knowing that made me feel a bit useless.

Mum said she had been feeling down as well. So I said the next time she was feeling down she should call me. “So you can cheer me up and help me not to feel so down?” she asked. “Well, only partly,” I replied. “But mostly so I can help you feel less down, and by doing that feel less useless, which will help me feel less down.” “Ah, so it’s all about you?” she retorted. “Exactly,” I said. And of course we laughed. Which really did make both of us feel less down.

My uncle, my mother’s younger brother, calls my mum, from Newfoundland, every Tuesday, like clockwork. And he never has anything to say. Or so she tells me. His calls are short. “Just checking up on you,” he says. She rages that she has to maneuver her walker across the kitchen to the phone, because he doesn’t have the sense, as she puts it, to call when she’s ensconced in her big chair next to the phone. And it’s no use not picking up because he lets it ring and ring, fifteen or twenty times, whatever it takes. And when she gets there, he only talks for two minutes. He rings and rings, and she rages and tells him not to bother calling. And he still calls every week. I’m chuckling as I write this. Peas in a pod, those two. Seriously.

The therapeutic qualities of talking about nothing much are amazing, you know. Just making that connection with friends and loved ones is enough, even if we don’t really have anything to say.

I’ve been e-mailing back and forth with my friend Joanne today. About nothing much. She was telling me how school this week is going. Today is the first official back-to-school week, except they are not back to in-person school. So while on-line learning is not most teachers’ preferred way of teaching, at least the teachers don’t have to prep for both on-line and in-person classes. And I used to think a tumbling timetable was confusing. Ha.

Jo is the master of writing funny stories about nothing much. Like the one last week about waiting at her front door with her kids, all dressed in their outdoor gear, while her husband tore apart the house looking for his phone. Which was, of course, as she predicted, in his pocket. A fact they ascertained once he had acquiesced to her suggestion to call his cell on the land line. That’s the problem with cargo pants… too many pockets, she quipped. Ha.

I still recall her e-mails when she was pregnant with her son, much overdue, impatient, and going crazy at home. Entertaining us with stories of how her mild-mannered hubby was spending a suspiciously large amount of time in the garage. You have to know Jo to really get that one.

So today we traded appropriate New Year greetings. “Not exactly Happy New Year,” I wrote, “Maybe “Not Horrendous New Year.”‘ “How about…. “Happy Progressively Improving (After a Hopefully Limited Phase of Awfulness) New Year?”‘ she countered. Yep, that sounds about right to me.

It appears that e-mailing about nothing much can be just as spirit lifting as talking on the phone about nothing. Not that my spirits are in dire need of uplifting. Not dire need. Just a slight need.

This first week of January 2021 feels odd. Kind of flat. Unchanging, ongoing flatness. Like skiing late in the afternoon, when the light becomes such that depth perception is difficult. You can’t see the dips and hollows in the trail; everything is a featureless sheet of whiteness. And so 2021 seems to stretch off into a featureless future. For the moment, anyway. And I keep asking, is this really a NEW year?

But as I said before, I have no reason to feel even slightly down. And knowing that fact makes no difference at all. Ha. Funny that last week I was anticipating 2021 with gusto. I am nothing if not inconsistent in my moods, people. I will say that I’m grateful I’m not in bed with a terrible cold like last year. And that we have snow. Hubby and I have finally been skiing.

And when I feel a bit meh, I retreat to the sunroom with my book. It’s lovely to be sitting out there with the gas stove on as it begins to get dark. And when the light in the kitchen snaps on, and I hear noises that tell me Hubby is starting to prepare dinner, I feel all cosy inside. And then I think about coming into the den to chat with you guys, and I feel a bubble of excitement begin to well up inside me. What will I write about today?

Maybe I’ll write about nothing much at all.

So how HAVE you been anyway? 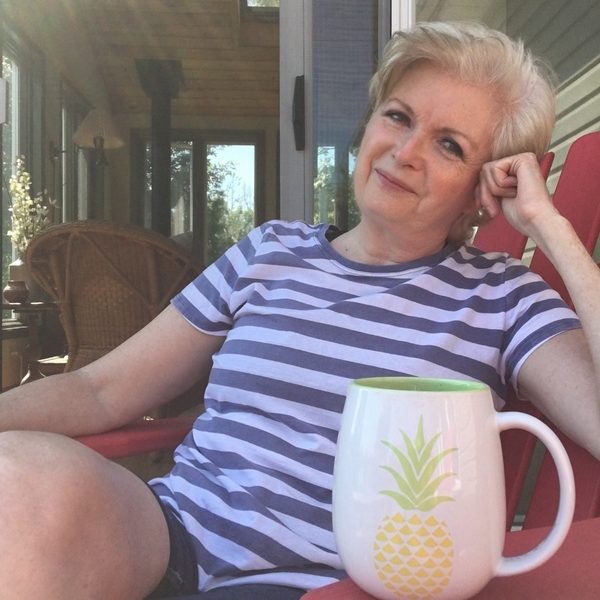 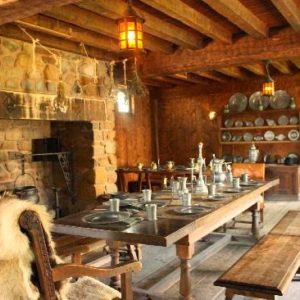 Essentials in My Curated Closet

I’m digging into my curated closet this week and restyling some essential pieces. To see if I can get excited about wearing them again.