I recently read an article in Harper’s Bazaar magazine called “What Does it Mean to Age Gracefully?” written by Lauren Mechling. All about how the pandemic has affected our view of the aging process, what we think about aging, and what we plan to do about it, if anything. Mechling writes: “Women are taking advantage of the moment to reconsider and refine long-held ideas about aging.” Like the idea of aging gracefully. Whatever that means.

The “moment” Mechling is referring to is, of course, the long weeks and sometimes months when we’ve been stuck in lock-down with no access to a hairdresser to cover those grey roots and make us look and feel like our old selves again, and nowhere to go even if we did look like our old selves. I’ve written about the decision to go grey ad nauseam on the blog since last March. Because, as the weeks and months of lock-down rolled by last spring, I faced the increasingly unavoidable truth that when my natural roots grew out I would be 100% white-haired. And so I wondered and debated with myself about how being white-haired would affect me, and my self-image. Would it make me look older? Feel older? Would it change how others saw me? And how much did I care about all that?

When the process started, I didn’t mind being almost 64, and then turning 64, but I really did not see myself as 64 and white-haired. So as my hair grew and the swath of white became wider and wider, I tried to cover it up with a comb-over, and lots and lots of hats. In May, after three months of no hair intervention, I began to push my hair back with my hands to see what the white roots looked like against my face. And I was ambivalent.

By June I had decided to just go with the flow… or the grow, as the case may be. I played with make-up to better suit my almost colourless look, and avoided certain tops in my closet. In the meantime, I started a Pinterest board called What to Do with My White Hair. That was the best medicine for what was ailing me. When I looked in the mirror each morning at my blonde-brownish-white mess, I’d think how great Emma Thompson looked when she went all white, and I’d feel a bit better. One reader commented on a blog post that she finally made up her mind to colour or not when she was sitting in the stylist’s chair. I figured that when my July hair appointment rolled around, I too would know what I wanted.

And I did. By the time I was sitting in Carmen’s chair in early July, I was ready to embrace the white. In fact, I couldn’t wait to see what my new hair would look like. On my first two appointments Carmen simply gave me a cut. For a while I was white with brownish-blonde on the tips. Then I was all white. Then she added some low-lights to give a bit of definition to the front. And I loved it. I felt as if my new hair gave me permission to go a bit more louche in my style, to not be so obsessed with neatness, with being polished and put together. Just as my sister had predicted, going grey (or white) was freeing. I did not feel older. And I did not feel as if I looked older.

I have no idea whether others saw me any differently or not. My friends all said they liked the new look, but whether they were just being kind or not, I don’t know. I found I didn’t worry about what other people saw. I loved the fresh white. And the new softer texture. I enjoyed just pushing my hand through my hair, and not having to worry if it was stuck up in the air afterwards because of my coarse curl and the product I had used to tame the curl. I stopped using my straightening iron and smoothing gel most of the time. Because my hair naturally grows back off my face, drying and styling my hair now took less than five minutes.

I use different products now. A purple shampoo to enhance the white, a soft leave-in styling spray, and a final spritz of another styling spray which I work in with my hands to help the top and back go more “piecey” instead of fluffy. Going natural with colour and more natural with style doesn’t mean I’m letting my hair have its own way completely.

I’ve changed my make-up routine slightly. I started wearing a pink cream blush, and I apply a bit of bronzer under it, and a whisk of highlighter afterwards. But I’m using pretty much the same eyebrow and eyeshadow and liner products that I used before I went white. And I have not embraced a “bold lip” as so many, many experts suggest. A bold lip is so not me. And I think it can be aging. Plus I don’t like a heavily lipsticked mouth. As Wendy from York, so aptly pointed out in a comment a few years ago, it can make one look a bit like Norma Desmond. And Norma Desmond is not what I’m going for. Ha.

So if I’m not going for a Norma Desmond look, what exactly am I going for? I don’t know… exactly. Now that my white hair is no longer a novelty, I’ve begun to wonder if this is the look I want forever and ever. And the truth is I don’t know. Forever is a long time. I know that I’m happy with what I have now. Maybe I will add back some colour at some point. Or not. I’ll probably change up the style in the next year or so. Or not. I’ll know when I’m ready for a change.

For years and years. For decades, actually, I was afraid of letting my grey/white hair grow out. I was staunchly in favour of colouring my hair, considering it part of not “letting myself go.” Like exercising and eating well, it was part of my trying to be my best self. Thanks to the pandemic and lock-down, I was forced to go without professional hair attention from Carmen for almost five months. At first I suffered from severe Carmen separation anxiety. Ha. Fear of what I would look like when I was all natural. And then all of a sudden that fear fell away. And I was excited by the unfolding change. By the prospect of a new me.

But let’s get back to the idea of aging gracefully, shall we? What does aging gracefully actually mean, anyway? Does it mean giving up the fear of getting older? Or is it giving up the fear of looking older? Does it mean giving up all those things we’ve been doing to look better, and letting nature take its course? Passively giving in to the inevitable? Or is it giving up caring whether others (friends, family, society) see us as old or not?

In her Harper’s Bazaar article, Lauren Mechling says that when the lock-down began she’d “been a regular in the [colourist’s] chair for so long [she] had no idea what lay beneath.” Like me, like many of us, she began to question the value of covering up her grey hair. As she says: “Why did it seem like there were only two options: fighting one’s age or fully surrendering to it?” And, I would add, which of these choices can be considered aging gracefully? The battle? Complete capitulation? Or neither?

What struck such a chord with me in Mechling’s own story is that her epiphany was so close to my own. She says she doesn’t think about what her choice to go grey says about her age. But what the fact that she made such a choice says. “Now that my greys read as a feature and not a glitch, I’m warming to the new normal, a middle ground where a woman can inhabit her age without apology — and make whatever tweaks she sees fit.”

You see, going grey was a choice for her. And for me. That’s not passive capitulation. It’s not giving up either. It’s just choosing our battles. Choosing where to put our energies.

And I’m not going to call it aging gracefully. I hate that term. It smacks of peaceful, languid retirement, of comfortable slippers and shuffleboard, and all the stereotypes that are such an anathema to us. I could accept the phrase “aging with grace.” Or growing older with grace. But only if I look at it from Hemingway’s perspective. If, like Hemingway, I define courage as the ability to show grace under pressure. And if grace means the ability to make something which takes effort look effortless, as some sources have it.

So to follow that thought, aging, growing older, and making that process look easy is an act of courage. Not whingeing about growing old, not making a big palaver about wrinkles or grey hair. Just doing our best, despite all the social pressure to be one way or another. Just trying to be our best self, no matter how we define that. No matter how we achieve what our best self is. That’s aging with grace.

At least in my books.

What say you, my wise friends? How would you define aging with grace? And has the pandemic taught you anything new about that?

Linking up with Catherine and #IWillWearWhatILike. 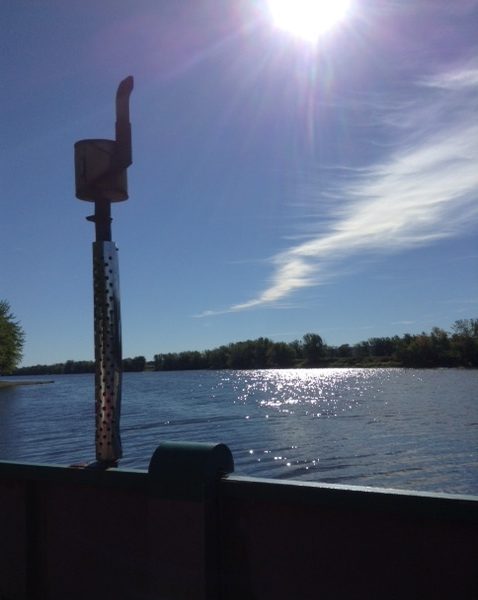 Everything is Better With Some Cows Around

Yesterday was my step-father’s birthday. He would be ninety-six if he were alive, but he … 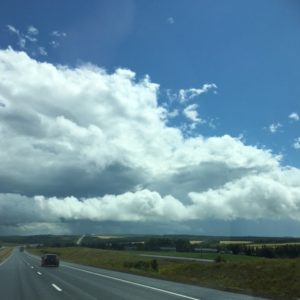 I don’t know what it’s like where you live, but in my experience, most Canadians … 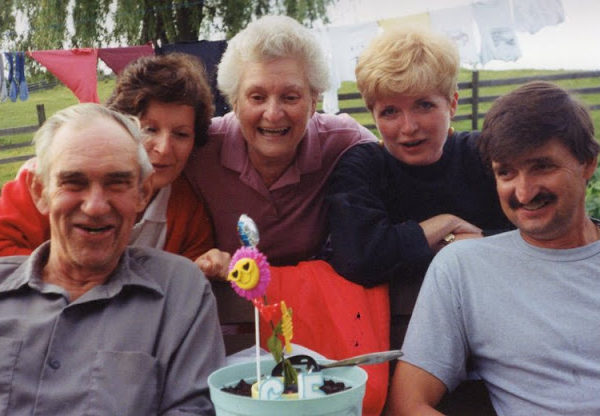 My mum’s celebrating her birthday this week. And, for the first time in years and years, …

PrevPrevious storyBundled Up, Baby
Next storyJust One Thing… Every DayNext

81 thoughts on “Aging Gracefully During a Pandemic”