Bumps in the Road to Reopening

Been thinking a lot about Covid these days, my friends. About the ongoing need for various coping skills these last few months. In Ottawa we are now in stage three of re-opening. And there have been lots of bumps in the road in our journey from lock-down to reopening. From everyone staying at home to hopefully a return to some sort of normalcy. Total lock-down was hard. But oddly enough reopening is hard too, just in different ways.

Stage three of reopening here means that bars and restaurants are now open for indoor eating and drinking, with controlled capacity and social distancing. And since we also have a “mask required” policy for all indoor public places, I’m not sure how that’s going to work safely. And frankly, I’m not ready to go there, myself. I know that some of my friends are ready, and that’s their call.

Hubby and I are still being very cautious. Our take is that just because we can go to restaurants and bars, doesn’t mean that we should. Like not wearing my beautiful Laura Ashley dress with the puffed sleeves that still fit me at forty, but which definitely made me look like mutton dressed as lamb. Just because I could wear it, didn’t mean that I should. So I didn’t. Ha.

No, Hubby and I will be staying out of restaurants and bars for now. We don’t want to mess up our plans to hightail it down to New Brunswick as soon as the border opens up to the Maritimes for the rest of Canada. We haven’t even joined our household with anyone else’s to form a “bubble.” We’re waiting for Mum to be in our bubble.

It seems that we’re slowly flattening the curve in Ontario. Hence the movement to reopening. And oddly enough it feels to me as if the reopening stages are difficult in ways that total lock-down wasn’t. More ambiguous in the language used to describe the “rules”, more misunderstood by some, more easily flouted by others. And more likely to cause misunderstanding between those who interpret guidelines one way and those another. Or those who are ready to loosen up the reins and those who aren’t there yet.

When we resume certain activities it’s so easy to be lulled into forgetting that we’re not back to normal. So hard to be vigilant all the time.

Golf courses opened, with certain constraints, in stage two. And Hubby golfs now with a group of friends every Friday. They maintain social distancing rules, drive separately, don’t take carts together, and are always outside. But sometimes, he says, when they’re walking down the fairway chatting, they forget and drift close to each other. It’s hard to be vigilant all the time. I walk with a friend once a week. We try to social distance, but when we pass other walkers on the trail, we’re closer than we should be. Because it’s hard to be vigilant all the time.

Some of us are more ready than others to embrace activities allowed by reopening. My walking buddy and I have not invited the rest of the usual walkers to join us because we don’t think it would be possible to be safe with three or four or five of us. Maybe we’re being hyper-vigilant, but our comfort level is not something about which we should feel any need to apologize. Still, sometimes I feel as if I should apologize. Or explain. Justify.

On Saturday afternoon I had several members of my book club over for a socially distanced meeting, outside, at our house. We have a big backyard. There’s shade and a breeze off the river. And we were craving some face to face time that didn’t involve a screen. We planned to meet after lunch, and I did not provide a meal as is our usual habit. Instead of a meal, I loaded up the camping cooler with ice, small bottles of water and soft drinks. As well as some individually wrapped ice cream treats. I arranged the deck chairs to allow for six feet between them. And Hubby asked that anyone entering the house wear a mask.

The weather in Ottawa has been beastly hot. And we had a bit of an e-mail exchange between members the night before about the possibility of moving the meeting to a restaurant with air-conditioning, since restaurants had very recently opened for dining inside. But a couple of us were not comfortable doing that. And my friend Sue said, don’t forget if we go to a restaurant, or even a patio, we’ll be seated as a group. Socially distanced from other tables, but not from each other. So we were back to plan A at my house.

To be honest, I felt churlish for the constraints I put on our “hospitality.” I badly wanted to apologize and say, “Oh, to hell with the rules. Let’s just sit in our air-conditioned living room.” And maybe if we had, nothing would have happened. But maybe it would. So I said nothing and we went ahead as planned. Not all of us attended. But we had a lovely afternoon on the deck anyway. A great book discussion. And the ice cream sandwiches and the Fudgsicles went over a treat.

As I mentioned above, we now have a mandatory mask policy for all indoor public spaces. Hubby and I were very happy about that call by our government. So much easier when we have a firm rule as opposed to an “advisory.” Hubby and I have been wearing masks to shop for months. I’ve just ordered some cloth masks on-line. I’ve been wearing the disposable ones that my sister gave to me a couple of months ago. I think that we’ll be wearing these things for a while yet. Wearing a mask is a no-brainer, really. As one doctor said in an interview recently when asked if mask wearing by everyone would stop the spread, “Well, it IS a respiratory illness. So, yes.”

The whole mask wearing controversy is inexplicable to me. Even a couple of weeks ago when we shopped for a new clothes dryer, lots of people in the stores were NOT wearing masks. In fact, as we lined up to get into one appliance store, our masks in place, the two men in front of us, turned, nudged each other, and smirked. Pfftt. Smirks from middle-aged teenagers? That’s a very minor bump in the road, in my view.

So, lots of small bumps in the road to reopening for us. Decisions to be made about what we do and don’t do and how. Awkward moments to be navigated. Like my friend who, when she said she would take her own car instead of driving with her sister and partner, was asked by the sister’s partner: “What, are you afraid you’ll catch something?” Different takes on the same situation are not always easy, and sometimes, it seems, deliberately misunderstood.

But we’re trying to remember to be vigilant, to not feel silly for being careful, to not look askance at others who have made different decisions. Small bumps. While in other places in the world, the bumps in the road to reopening are not just bumps. More like major potholes, chasms even, to stretch that metaphor. Entire reopening plans have been scuttled by non-compliance. Cases of covid surging. I have friends who live in these places, and I can imagine the fear and the frustration that, at this late date, things are not improving.

And if the reports I read on Twitter the other day are true, if the pictures of people crowding into the bars in Ottawa’s Byward Market area can be believed, we may be moving backwards to stage two ourselves in a couple of weeks. But hopefully not returning to total lock-down.

You know what? I’ve decided that I am going to stop using the term “lock-down” to describe the stay-at-home situation we’ve been in for the past months. To me, lock-down implies what happens in schools when there is a significant danger to students and staff, and everyone inside “shelters in place” until the authorities say it’s safe again. When I was still teaching we practiced lock-down procedures regularly. Like fire-drills. We all knew that such procedures might one day save lives.

But some people seem to view lock-down, or indeed any form of mandated behaviour to keep us safe, as draconian. Instead of “lock-down” maybe I’ll just say something like “staying at home”. Trying to flatten the curve. To exercise social responsibility. Trying to protect ourselves, our loved ones, and people we don’t know and have never met but with whom we may come into contact. I think we should find a name that puts a positive spin on “lock-down.” Maybe we could call it a hygge mandate?

And maybe mask-wearing can be viewed as a means to improve our enunciation. I know I’m using my teacher voice now when I’m in stores. Nobody can hear my regular voice behind my mask. Reminds me of when I was a kid, and I always spoke softly. I was what they called on an episode of Seinfeld, “a low talker.” And when my grandfather Sullivan would phone, he’d boom into the receiver in his big, deep voice, “Stop talking way down in the cellar, girl.”

Seriously though, Hubby and I recognize that we’ve been really lucky during this whole pandemic. Lucky that family and friends are well. Lucky to have each other and be where we are. And now even some of the things I missed from “the before time” (as I wrote about in a recent post) have come back. I can get my hair cut, walk with a friend, Hubby can golf. I’m even meeting with a couple of friends tonight for a socially distanced drink in one friend’s back yard. Hugs (aside from Hubby-hugs) are still verboten, though. But it’s all good. We’re trying to maintain vigilance and have a bit more of a life before the fall sets in.

How are you doing, my friends? Where are you as far as reopening (or re-closing) goes? And how are you coping? Let’s get it all out there. We’re listening. 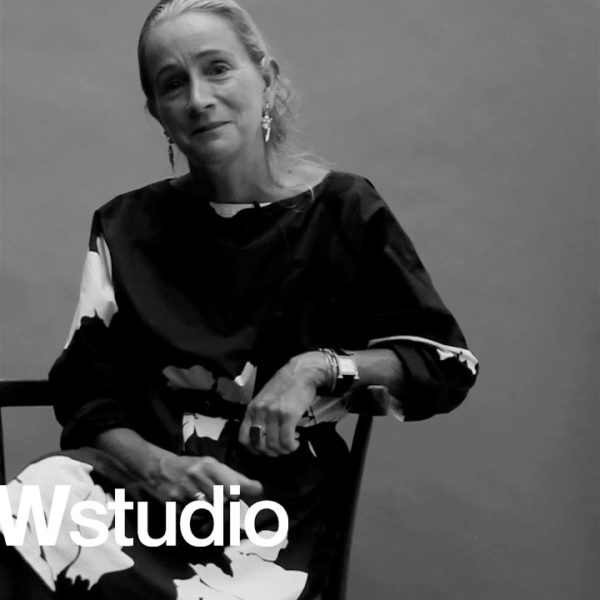 I’m thinking about ambition this week. And what it means. 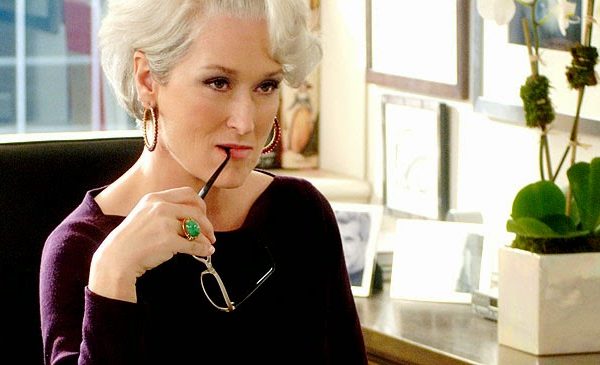 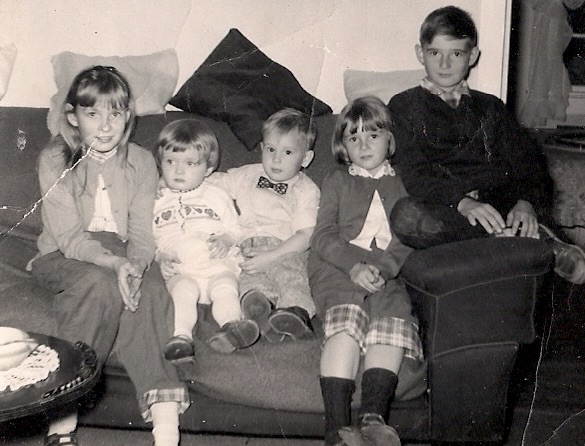 It’s been all drama all the time around here lately. Family drama, real and literary. And sometimes just drama.

52 thoughts on “Bumps in the Road to Reopening”