So tomorrow morning before any sane person (aka moi) will be even thinking of getting out of bed, Hubby will be throwing his canoe onto the truck and heading off into the wild. Not the wild blue yonder, but the wild green yonder. I’m telling you, he is one happy boy. And a grateful one. Grateful that wilderness parks in Ontario have recently reopened. Grateful that despite heart surgery, and shoulder surgery, and two hernia operations, and lately a struggle with arthritis in his back, he is still able to head off into the wilderness. Because time spent in the bush is important to him. As necessary for his emotional well-being as, say, reading or a nice cup of tea are for mine. And 2020 will mark the beginning of his sixth decade of wilderness canoeing.

That’s pretty impressive, I’d say. Of course, wilderness camping is not everyone’s idea of a vacation. Paddling for hours, hoisting a canoe on your head, carrying said canoe and several packs through a portage or three or five, paddling some more, before rewarding yourself with a dehydrated meal followed by sleeping on the ground in a tent is not everyone’s cup of tea. But it is definitely Hubby’s cup of tea.

Hubby has always loved fishing and the wilderness, learning from his grandfather when he was tiny. And furthering that love when his parents were stationed for four years in New Brunswick in the fifties. His dad was in the Canadian Air Force, and the base where they lived was in a part of the province where fishing was king. And there were a myriad of bush roads, and forest streams, and creeks, and beaver ponds to be explored. I think that my being from New Brunswick was partly what drew us together. When we met in the Glebe Collegiate staff room all those years ago, one of the first things we talked about was home, my home.

In fact, Hubby and I courted over a fire in Algonquin Park… sort of. And even spent part of our honeymoon there. Oh yes we di-id. But if you’ve been reading my blog for a while, you’ll know all that. My longtime friends did not stop laughing for years over my conversion to canoeist and camper.

In fact, I remember back in the day when my friend Debbie, who I’ve written about before here on the blog, first saw a picture of Hubby and his two canoeing buddies on one of their more Herculean canoe trips. Seven days in the bush, miles and miles of portaging, miles and miles of paddling, bad weather more often than not, bugs, and even on one trip a charging bear. The picture showed them unshaven, in rumpled clothes and squashed hats, looking rather sullenly into the camera; they had, after all, awoken to snow that morning. And they did look a tad, uh, uncouth, maybe even a bit scary. And, referencing the Bob Newhart Show characters, Debbie quipped, “Hmmm. Well, there’s Larry and his brother Darryl and his other brother Darryl.” Oh my god, we laughed so hard. Those names stuck for years.

So yeah. Hubby is off heading into the wilderness tomorrow. He’s going alone. A fact that does cause me some anxiety. But let’s not go there.

He’s doing what he calls “the easy trip.” Which is the one he and I normally take. Once the canoe is in the water at the access point, and loaded with the packs, it usually takes about three hours to get to our preferred campsite at the top of Booth Lake. An hour or so of paddling, then one short set of rapids through which he will line and track the canoe upstream to save unloading and portaging. Lining involves pulling the canoe upstream with a rope and guiding it through the rapids and around the rocks. If the water is low he’ll wade beside the canoe, but if it’s high and fast, he’ll hold the rope from shore. It’s much easier on the way back when he’ll be heading downstream.

Sometimes when Hubby and I go together, if there’s enough water in the river on the way back, we’ll stay in the canoe and shoot the rapids. I love doing that. I am always in the bow of the canoe on the lookout for rocks. I’ve become a much stronger paddler over the years. And eventually I even became better at spotting the “downstream V” in the water that marks the best spot to aim between rocks. Plus… I take orders really well. A fact I may have mentioned before on the blog. But I must admit that we didn’t run the rapids until I grew out of my problem with telling my right from my left. For years, Hubby would say, “Paddle on the right, Suz. No, your other right.”

At the top of the rapids, I always kneel on the floor of the canoe, my back stiffly upright, with my paddle poised, awaiting my instructions. “Okay… nice and easy. Draw on the right, Suz. Draw hard. Okay, that’s good. Now just a gentle sweep. Yep. Good. Now back paddle hard… back paddle NOW.” I remember the first time we ran those rapids, I was already hyperventilating before we even began. And then afterwards we both laughed when I said, “Wow. That was the most exciting sixty seconds of MY life.” Ha. I told you it was a short set of rapids.

After the rapids Hubby will paddle some more, portage for about forty minutes, carrying the canoe and a pack through on the first run, then going back for his fishing bag and the second pack. Then it’s at least another hour of paddling. If there’s no wind, it’s not a difficult trip. But of course setting up camp, finding windfalls for wood, and making supper all take time and energy. By tomorrow evening, he will be well tired. And after a glass of wine by the fireside he will sleep soundly. I know I always do. Then he’ll fish for two days, sit by the fire in the evenings looking at the stars, if the bugs aren’t too bad. And just be. Where he loves to be. Then on the fourth day, he’ll pack up and head for home.

These trips get harder to do every year. For a long time now, Hubby has expected every year might be the last one. After his heart surgery he was thrilled to be back in the park. After shoulder surgery he didn’t care that he had to give up hockey, or that his golf swing would never be the same. He just wanted to know that he could still swing the canoe up onto his shoulders. Still paddle. Still cast his fishing line. The rest of the things were important to him, especially hockey. But they were not as integral to who he is as being in the bush. Like he says, “It’s just in me, Suz.”

So yeah. I’m going to be worried. I’ve been nagging him about his first aid kit. Reminding him to wear his life jacket. To be careful. “I’m always careful, Suz,” he replies. And I know he is. But I still have to say it. Because if I don’t say it, I just know that will be the time something bad will happen. Silly, eh?

I guess I could argue that he shouldn’t go. He is getting older. But he knows his own strengths. And weaknesses. He’s not stupid. He will be careful. Besides, what right do I have to tell him not to go? None, in my view. It’s who he is. I knew that when I married him. When he can no longer do these trips, he’ll know. And he won’t go. And he’ll have lost something really important to him. I’m not going to ask him to give that up for me.

Besides. We could use a little time apart after three months of lock down. While he’s away, I’m going to read and read, binge on Downton Abbey, and eat chocolate cupcakes and steak. I won’t be suffering. And on Wednesday night, I will run a bath for him when I hear the sound of the truck in the driveway. God knows, he’ll need a bath!

I think there is something in all our lives that is simply a part of who we are. Although I like to fish and camp, and I love to be in the wilderness, it doesn’t define me, like it does Hubby. For me that’s books. Certain parts of the Canadian landscape. And maybe my love of clothes. 🙂 What about you? 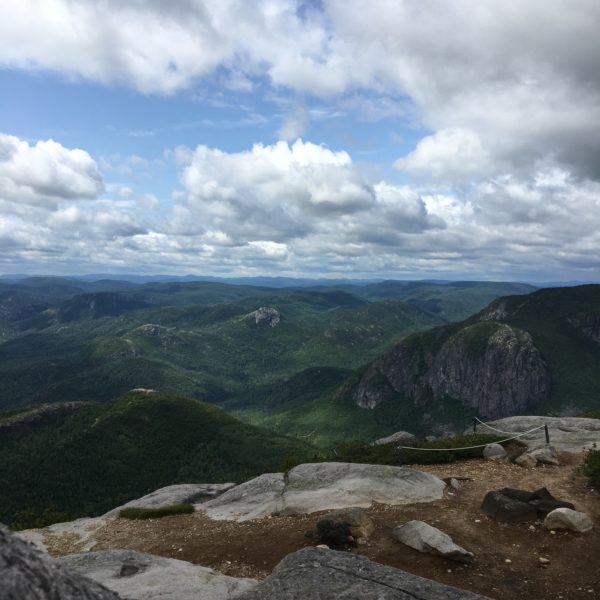 On the Road and Trail… Again 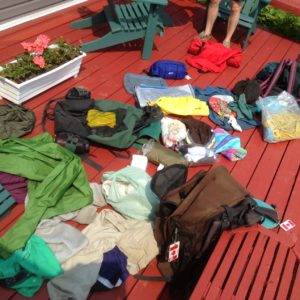 I’ve been canoeing in Algonquin Park ever since I met my husband. You might even … 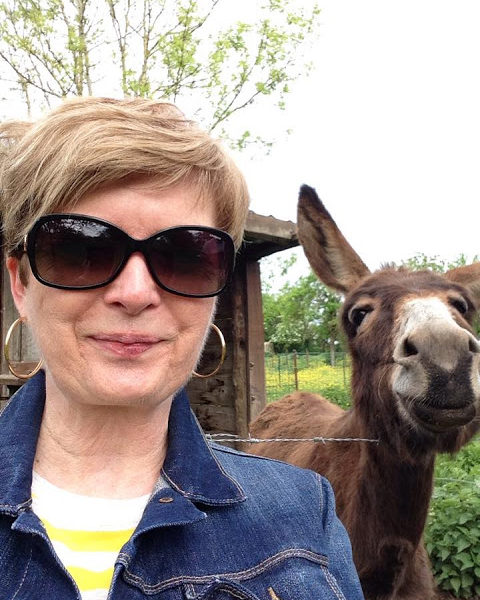 Seems we’re all a little bit angry these days. At someone. Or something. And many …

PrevPrevious storyIt’s a Start
Next storyKeeping the Ball in PlayNext

44 thoughts on “Off He Goes Into The Wild Green Yonder”