I love the painting “Berry Pickers”, below, by American painter Winslow Homer. It reminds me of how I imagined Anne of Green Gables when I was young. The hats and dresses, the boots, the wind, and the water in the distance.

And even though I think the children in the painting are probably picking blueberries, it reminds me of picking wild strawberries in the field across the road, when I was a kid. Not that we ever looked as charming as these children. Clad in our shorts and sneakers. Sitting on the ground, eating as many berries as we collected. Hands red, mouths smeared. Eventually managing maybe a cupful to carry home. I’m telling you, those suckers were tiny. And it took an age to get a cupful. Still, that sweet wild harvest, however small, was such a treat.

Wild harvests are still a thing in many different parts of Canada. And maybe where you live as well. And not just wild berries in the summer. In the part of New Brunswick where I’m from, picking fiddleheads in May has long been a spring ritual. Fiddleheads are the tightly furled early growth of the wild ostrich fern. When I was young we picked fiddleheads on Sugar Island in the Saint John River. They emerged when the spring flood had abated, and the fertile banks on the island were dry and sunlit. That shot below is of me, my stepfather, my mum and a neighbour heading over to the island on the farmer’s ferry to pick fiddleheads in May 1983.

Fiddlehead season is short. They must be picked early, while the frond is tightly furled. And only the head and a bit of the stem are edible. I scoffed when I was looking on-line today for fiddlehead lore. Some recipe sites showed bundles of fresh fiddleheads that we would never have picked nor eaten. Heads already starting to unfurl, with long, skinny stems, that were clearly, to my eyes, picked way too late.

Hubby was already picking fiddleheads when I met him. I was amazed that fiddleheads could be found here in Ottawa. I thought they were strictly a Maritime thing. But although he loved to pick them, he didn’t know how to cook or even how to eat them properly. Fiddleheads must be well cooked. First because they are wild and you have to be careful what kind of water they grow near. And secondly because when they are well cooked, and smothered in butter, salt and a sprinkle of vinegar, they taste divine.

I remember the first time I had dinner at Hubby’s home. He served me fiddleheads as a surprise treat. I gamely chewed and chewed, and swallowed, taking a gulp of wine to mask the taste. Smiling sweetly all the time. It must have been love; those fiddleheads were hideous. It took a bit of finagling to get out of him how he’d prepared them without offending. But soon he was a total convert to the method we’d always used at home.

This is Hubby’s wild harvest from the other day. They’ve been cleaned, and cleaned again, blanched, and are ready to freeze. Hubby checked his picking site several times in the last week or so. Waiting impatiently for them to pop up. And when he came home with this harvest, he was irate. Someone else had been picking on his patch. I married a forager, folks. And a competitive forager at that.

On the weekend Hubby and I had our first “feed” of fiddleheads of the year… with broiled salmon. Yum, yum. On Saturday we drove to my sister’s house to pick up a package of face masks she’d brought home for us from her drugstore. We’d brought her some groceries, some fresh salmon, and a feed of fresh fiddleheads. New Brunswickers are always appreciative of a gift of fiddleheads. Face masks for fiddleheads could become the new underground economy.

Below, you can see Hubby’s second wild harvest this year. I told you he was a forager. He knows a great place to pick wild garlic. So when he came home with this find, we washed and peeled for two days. So finicky to get the slippery skin off. Then Hubby chopped and chopped, and mixed up a batch of delicious wild garlic and potato soup. Just now I’ve been checking different sites on-line and I’m still not sure if our harvest is wild leek, wild garlic, or something called ramps. Nevermind. The soup is delicious, a lovely mix of potato and onion and mild garlic flavour.

After the soup success, Hubby went back to his patch and picked a bunch of wild garlic leaves. We didn’t know until he did some recipe research online that they were good to eat. Hubby tossed half the bunch into the food dehydrator, to use later in soups and stews. And this afternoon, I’m going to make pesto with the rest. Then in a day or so, I’ll make some fresh pasta and we’ll have wild garlic pesto pasta. Should be delicious…. I hope.

I grew up eating all kinds of wild edibles from around the farm. Mum didn’t limit herself to the garden harvest. If it looked good and was edible she picked it, cooked it, put a sauce on it, preserved it, pickled it, or made it into jam.

When she married my stepfather and we moved to the farm, I think the luxury of time to cook now that she no longer worked full-time outside the home was intoxicating for her. Not that she wasn’t always busy, painting and papering the old farmhouse, cleaning, cooking, baking for us all, knitting sweaters, helping Lloyd with the garden in the summer, and the butchering in the fall. And later after we had all left home, driving tractor for the haying on the island. But I think it must have been a sort of luxury to be able to decide how she would use her time, after years of full-time employment, worrying about money, and raising four kids on her own.

And then there was the bounty of the farm. The fiddleheads, of course. One year we processed and bagged fifty-seven meal-sized bags of fiddleheads to freeze. Both of my sisters, grown-up and living on their own, and their roommate were pressed into service to help. I counted when we were done, and I’ve obviously never forgotten the final total. Ha. Wild blackberries grew profusely in one of our back pastures. But it was a hike to reach them, and so our neighbour showed up each year with a big basket of berries. Mum always said fondly that he was the best picker she knew. Then there were a few trees of wild plums the fruit of which mum preserved in syrup. And wild mint from the brook to be made into jelly. She even made chokecherry jelly one year.

Hubby is a man after my mum’s own heart. Like her, he’ll pick anything that grows. He introduced me to wild mushrooms. Every year around my birthday he hunts for morel mushrooms to make my special birthday supper. We used to find shaggy mane mushrooms quite often when we were fishing, but we haven’t had them for years now. When we were in New Brunswick in the summer, Hubby would pick baskets of chokecherries and bring them home to make wine. And once when we were camping up the Ottawa Valley, he disappeared one early morning, and returned hours later with a huge bowl of wild blueberries, face a mass of bug bites, grinning proudly. I made some delicious blueberry jam from that harvest.

And then there is Hubby’s most recently acquired spring foraging obsession. Wild asparagus. He didn’t know how to find it until the wife of a friend explained a few years ago. Now it’s a spring thing for us. Definitely our favourite wild harvest. I’m serious, you haven’t tasted asparagus until you’ve tried the wild stuff. So tasty and succulent. Even the huge stalks, which you’d think would be woody and tough, are wonderful.

And though I’m a loyal New Brunswicker, and wouldn’t miss my spring feed of fiddleheads, I think I now prefer wild asparagus.

Shhh. Don’t tell on me. A New Brunswicker preferring anything to fiddleheads is scandalous. I might be run out of town on a rail when I next go home.

How about you my friends? Do you have wild berry picking memories? Any other wild harvests that you take advantage of near you? 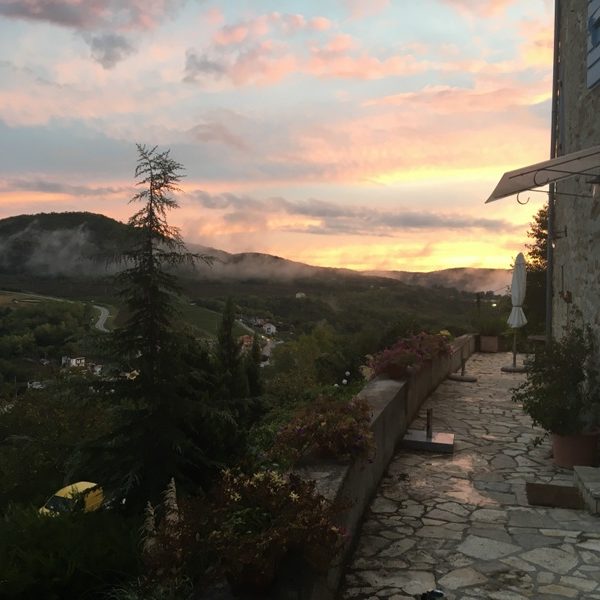 One of the best things about fall is the new books. So I’m compiling my fall reading wish list of books I hope will entertain and inspire me. 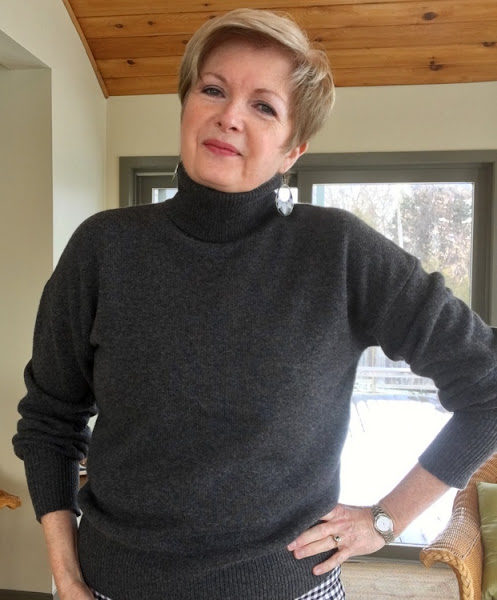 I normally avoid the Black Friday sales like the plague. But if I shop them almost accidentally, well, I’m not averse to finding a great deal. 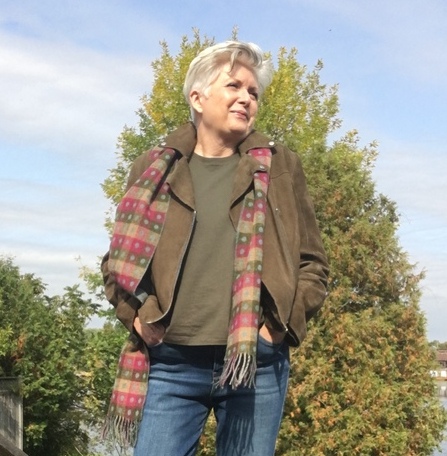 Rugging Up For Lunch

Now that fall is upon us rugging up for lunch or dinner on a patio is essential. We want to be warm, but not too hot, and still look good.

PrevPrevious storyFashion Blogging During a Pandemic
Next storyIn Praise of Hat Head.Next