I have to say, folks, that on Friday I tried really hard to stay off social media. Especially Facebook. I couldn’t bear to see all the hearts and flowers, all the mushy messages, and public displays of affection. “Bah humbug,” I said, as I clicked away and went back to my murder mystery. That’s because Valentine’s Day passed with barely a ripple of acknowledgement in our house. Not because we aren’t given to mushy sentiments. But because Hubby has now come down with my cold, and we decided to postpone Valentine’s Day. Indefinitely. Neither of us had the energy to participate in the pseudo-love fest that is February 14.

Let me tell you how that postponement happened. Last week, I was all good intentions. I had purchased Hubby’s Valentine card on a trip to the drugstore to fill my antibiotic prescription, and was contemplating what I could come up with for dinner that would be celebratory enough to mark the occasion. And easy enough not to necessitate digging through my cookbooks for inspiration, and running all over town looking for special ingredients, chocolate cupcakes, and a good bottle of wine when I still felt pretty miserable. Not to mention the hours I’d probably spend in the kitchen making my special pasta, or something equally labour intensive.

So, on Monday, I sat at my desk, sighing over my conundrum, when Hubby yelled from the kitchen to ask if this Friday or next Friday was garbage day. We have every other week garbage pick-up. I replied subtly, “Do you mean, this upcoming Friday… February 14th?” There was mostly silence in return, followed by a muttered expletive. To be honest, neither of us was feeling well. Hubby was showing signs he’d picked up my bug; hard to believe he took so long, isn’t it? So I emerged from the den with a proposal. We’d eliminate Valentine’s Day this year. Ignore it. Totally. And one night when we were both feeling better, we’d go to the Red Dot Cafe over in Osgoode for supper. You know, I have never seen a man look as relieved as Hubby did at that moment.

Hubby loves the Red Dot. And so do I. Great steaks, good draft beer, wonderful homemade pie, and a folksy, down-to-earth vibe that suits us entirely. Last time we were there we could hardly wade through the snowmobile helmets at the door. You’ve got to love a country restaurant where snowmobilers can still drive their machines right up to the door, don’t you? Thus the Valentine’s Day conundrum was solved for both of us.

Valentine’s Day hasn’t always been a conundrum in our house, of course. We rarely celebrate by going out, preferring a nice dinner at home in front of the fire. And despite the fact that Hubby has usurped most of my duties in the kitchen these last few years, Valentine’s Day has always been my gig.

Mostly this transpired because in the early years, when we were both still teaching, Hubby coached several teams, usually had games to coach two days a week after school, and on two other days he played hockey himself. So most nights he wasn’t home until well after I was. And on Wednesdays (his late hockey night) he was often not home until 7:30. I seem to recall that Valentine’s Day fell on Wednesdays a lot back then. But that’s perhaps just my perception.

I do know that one Wednesday Valentine’s night, I rushed around after work, collecting everything for our special supper, built the fire in the fireplace in the living room, made dinner and had it ready to warm up. Then I changed into the only skimpy, black lacy thing I’ve ever owned, opened the wine, lit the candles in the living room, turned out all the lights in the house, and waited. When Hubby came through the door with his hockey bag, I was ready. Glass of wine in hand, I lolled in the candlelight on pillows arranged in front of the fire in my best imitation of a seductive pose, and patted the cushions next to me. Hubby stood in the doorway, still in his coat and toque, and gaped. Then he giggled nervously.

Oh god, I’m laughing as I write this. Vamp is not my normal state. I don’t know how I did that without laughing myself.

That was the only year I pulled that stunt. Once Hubby’s initial shock wore off, I got dressed; I was freezing. I put the pillows back on the sofa. We drank the wine, ate dinner by candlelight in front of the fire, and had a good laugh. I guess vamp and vamp’s victim are roles that suit neither of us. Ha.

As luck, or leap year, would have it, the next year Valentine’s Day fell on his late hockey night again. Hubby told me later, that as he was leaving the rink with a buddy, he sighed a long-suffering sigh, and said to his friend, “Jeeze. I’ll probably go home. The house will be dark. And Suz will pounce on me the minute I get in the door.” He said his friend looked at him, blinked, and after a minute, responded ruefully, “When I get home and the house is dark it means nobody’s home.”

Gad I love that story. Makes me laugh every time I think of it.

This was my favourite Facebook post on Valentine’s Day. My friend Janice’s twin daughters, above, working on their Valentine’s Day cards the night before. So cute. Remember doing that?

I remember nagging Mum for weeks not to forget to buy my Valentines. Addressing cards for every classmate, plus a few friends in other classes. And then feverishly delivering them on Valentines Day morning. We all had “mailbags” attached to our desks, colourful paper bags that we’d decorated in class the day before. Then the excitement of the Valentine’s Day class party when we opened all of our cards. And finally, the principal of our little elementary school in Marysville, New Brunswick would deliver polar bars (chocolate covered ice cream bars for the non-initiated) to every kid. Oh my, that was a huge deal for us back in the day.

Sadly, for Hubby and me, this year there were no cards, no chocolate covered ice cream bars. No lolling in front of the fire. Ha. No special dinner. By mutual agreement, Hubby and I said “bah humbug” to the whole thing. And pretty much ignored Valentine’s Day. Actually, Hubby blissfully forgot about it… again. And I tried to ignore all the syrupy sentiment, the hearts and flowers, and mushy murmurings on Facebook and Instagram. Except for Janice’s post.

I don’t entirely buy into all the palaver over Valentine’s Day. I remember how I used to hate it when I was single. I’m not saying that people shouldn’t be mushy on Valentine’s Day. Or that I can’t be mushy. I can. Just not this February 14. But, there’s always next year. And in the meantime, there’s our dinner at the Red Dot. I’m looking forward to that.

And now, it’s your turn now, my friends. Any funny Valentine’s Day stories you want to share with us? Or any opinions on the day. Or on anything, really. 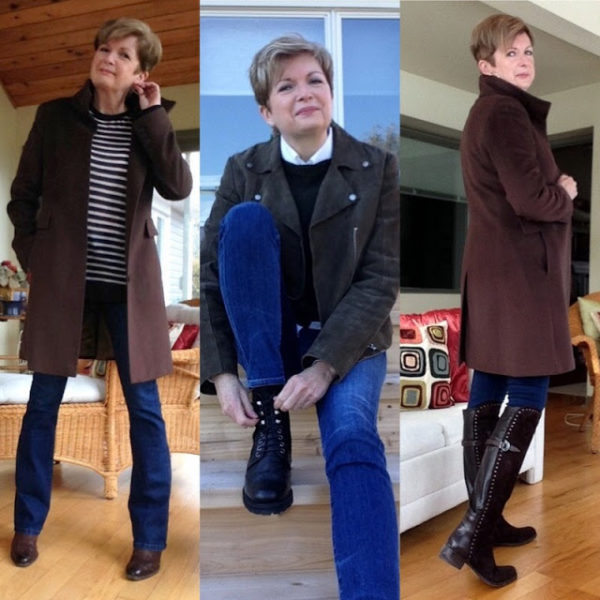 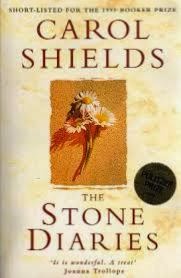 Mavis Gallant died in February. For those of you who have never heard of her, … 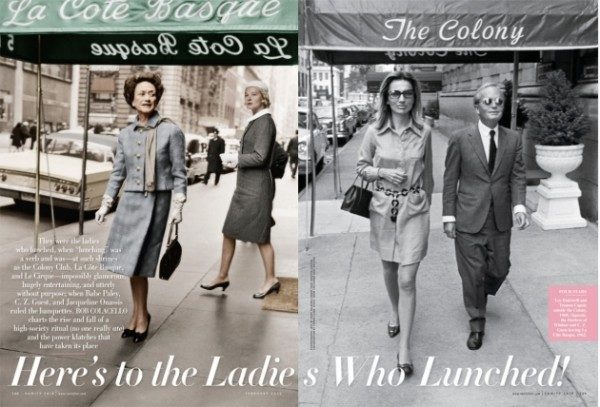 I love to meet friends for lunch. In big groups, or small groups, or when …