I am currently too under the weather to write a post today, my friends. My cold has returned, with the added benefit of a killer sinus infection. Hopefully the antibiotic the doctor gave me on Wednesday will clear that up. But, when all is said and done I am sick, sick, sick of being sick. So after Hubby and I do some stuff with booking our Africa trip (I’ll tell you about that next week), and after I finish updating this post, I’m off back to bed.
If you’re a long time reader you may have seen this book post from two years ago. In case you’ve read this one already, I’ve updated it with some more books. And if you’re a new reader… well… it will be all new to you. Enjoy. I did think that this topic was very appropriate for my current state of mind. 🙂 Books that will help us to survive winter, and cold and flu season. Maybe.
**********************************************************
I am so sick of winter. Tired of being cold. Tired of wind. And snow. Of trying to convince myself that spring is just around the corner. Tired of pretending that I’ll be wearing spring jackets and sneakers ever again. I give up, people. I’m waving the white flag. I’m retiring to my couch to whimper by the fire with a cup of tea and a good book. Or five.
This is what I’ve been reading lately. Mostly mysteries and crime fiction. I haven’t had the patience for anything more literary. And as I’ve always contended, there are many fine and literary mystery writers out there from which to choose.
I finished Val McDermid’s Splinter the Silence a while ago. I like McDermid’s writing, although I find myself becoming exasperated at times with the ongoing backstories of her characters, the Carol Jordan and Tony Hill saga being one example. But I enjoyed this one. Recommended it to my Mum, and to Hubby, who both liked it as well.
I’ve been on a Peter Lovesey binge. I can’t remember who recommended his work to me, someone who reads this blog, so thanks for that. Hubby and I have read a number of his books now. We both like them. I enjoy Lovesey’s irreverent, overweight, frequently exasperated, and sometimes exasperating main character Peter Diamond. He’s a bit like Reginald Hill’s Andy Daziel. Not as funny or as finely crafted as Daziel. But never mind; few writers can be favorably compared to Hill in my opinion. Lovesey’s plots are well crafted, and the fact that they’re set in Bath is an extra enticement for me. I loved Bath when I visited there last fall, and I love being reminded of the city and its landmarks. So all that, plus the fact that each book has a couple of laugh out loud moments, keeps us coming back for more. His latest Peter Diamond book Killing with Confetti  was vintage Diamond.
I was on a bit of a Jim Kelly kick when I was at my Mum’s a while ago. I read two of his Inspector Shaw/ DS Valentine series set in the ancient seaport town of King’s Lynn in Norfolk.  Kelly’s books are sometimes hard to get in Canada; the library has only a few on its shelves. So, I’ve been reading them on the Kindle ap on my i-pad. Easier for travel anyway. I really like Kelly’s work. His characters are great, especially DS George Valentine. Valentine is a heavy-smoking, hard-drinking, loner, who can’t sleep, and haunts the cemetery where his wife is buried, sitting and smoking into the wee hours when he is troubled. He could easily become a crime-fiction cliché. Except he doesn’t seem cliché at all. Just very real.
Hubby and I just finished Death’s Door and At Death’s Window.

If you haven’t read Jim Kelly’s books, and you like moody mysteries where landscape is so important that it’s almost a character in the novel, you should try them. I’m very fond of his Philip Dryden novels, set in the flat and watery Fenland area around Ely. The main character in this series is journalist Philip Dryden. Stranded in the fens because his wife is in a coma in a local hospital, following a tragic car accident where he was driving, Dryden ditches his big time job in London and finds another writing for a small local paper, so he can stay close to his wife. He is so traumatized by the accident, he’s unable to drive. And he relies on a local underemployed cabby named Humph, who seems to do little but sit in his car, eat take-out food, wait for Dryden, and listen to foreign language tapes. Humph has his own problems, estranged from his wife and missing his two young daughters, he eats, and plans foreign trip after foreign trip, but never leaves home. Kelly’s first book in the series is The Water Clock, and there are six more after that one. I envy the luck reader who hasn’t sampled this series yet. I love this one.

I think I like Kelly’s Dryden series even more than the Shaw/Valentine books. Partly because they are so quirky. Partly because the setting is so evocative. Even Dryden comes to love the Fenlands. And partly because Dryden’s wife’s condition gradually gets better and better with each book. Phew. If Kelly had killed her off I would have been right royally pissed at him.

In a post in early January I wrote about Jim Kelly’s new Nighthawk series, the first book of which I really enjoyed. Funnily enough that post was about being sick. And here we are in early February and I’m still coughing. Sheesh. Anyhoo, Kelly has two more books out in that series. The Mathematical Bridge and The Night Raids, neither of which I’ve read. I’m about to remedy that, though.

Other books that I’ve read recently…

The Body in Question by Jill Ciment. I saw on Frances’ book blog that she had read this, and ordered it. I had a hard time putting this one down. Felt totally pissed off at the characters most of the time, and I remember saying to Hubby when I was done, “Wow… so glad that I am not going on trial in front of a jury of my peers.” My faith in regular people as jurors is certainly dashed. Still it’s a well written novel, and definitely worth a read.

Hubby and I have both been reading Sue Grafton’s Kinsey Millhone series… backwards. We read her years ago starting with A is for Alibi. But somehow she fell off our radar, but where the heck in the alphabet we were we have no idea. So we’ve started at the end, or the last book Grafton wrote before her death. I read Y is for Yesterday, and now Hubby is reading it. I also gobbled up X (that’s the whole title, presumably because what goes with X anyway?), and then W is for Wasted. I really like this series. It’s set entirely in the eighties, which is kind of interesting actually. How quickly we forget we once had to use paper telephone books. Ha. Grafton is a competent writer. I don’t think she’s on the same level as Jim Kelly. But her plots hang together well. And in an age where so many writers go off on a weird tangent at the end of a novel, for added thrills one presumes, that is saying something. I like how as a reader we puzzle along with Kinsey as she unravells the clues. And I like her characters. Grafton’s books are perfect sick room reading, I think.

So that’s what I’ve been reading. And this is what’s waiting for me on my bookshelf.

My book club buddy, Rachel, lent me Linda Grant’s novel The Clothes on Their Backs about a family of Jewish-Hungarian immigrants who arrived in London in 1938 with nothing but the proverbial clothes on their backs. Apparently it’s a novel about identity and belonging… and clothes. I took a verrry, verrry quick look at a review to get that much, mostly squinting with one eye so I didn’t read any more than absolutely necessary. Ha. I hate reading reviews of books I’m about to read. I don’t want to be told too much too soon. Weird, eh?

I wanted to use my trusty Christmas Chapters/Indigo gift card to order Tobi Tobias’s Obsessed by Dress, which was recommended as required reading by Grant in her book The Thoughtful Dresser. I’m sure that most of you have probably already read Grant’s novel The Clothes on Their Backs, and Tobias’s book. I’m behind the curve here, I know.

Sadly, I was unable to acquire Tobi Tobias’s book at Indigo. Bu-ut.. I just found that I can get  Obsessed by Dress here. Yeah! The delivery of a new book will cheer up the sickroom to no end. I’m thinking that any book recommended by Linda Grant is required reading for this Thoughtful Dresser devotee.

And when I’m done those two, I’ll be going to Paris with Mrs. Harris. On Dottoressa’s recommendation, seconded by Frances over at Materfamilas Writes, I’ve ordered from our library Mrs. ‘Arris Goes to Paris by Paul Gallico. Ha. Are you spying a theme here, folks? I should add I’ve finished Mrs. ‘Arris. It was soooo good for people sipping tea and getting over a nasty cold. I smiled all the way through it. 🙂

Winter can be murder. So to while away the hours and hours when it’s too freaking cold to walk, and too icy to ski, it’s best to sublimate one’s fruitless anger and frustration by reading about murder. Or about clothes. Don’t you think?
I don’t know why I’m so tired of winter this year, why I am wishing and hoping for spring so darned soon. A few years ago we even had snow in April. But I shouldn’t say “we,” Hubby and I were in South Carolina when that event happened. Soaking up a little sunshine and eating lots of great food. Sigh. Not this year, though.
Still. Mustn’t grumble. I think I’ll survive. Especially when there are great books to read. And a nice fire to curl up beside. And a lovely Hubby to make dinner while I’m doing all that.
Ha. It could be so, so much worse.
How about you folks? How are you staying sane this winter cold and flu season? Any good books you want to recommend? Or other helpful coping strategies?
P.S. The book links in this post are affiliate links. If you buy something after clicking my link, I will earn a small commission. 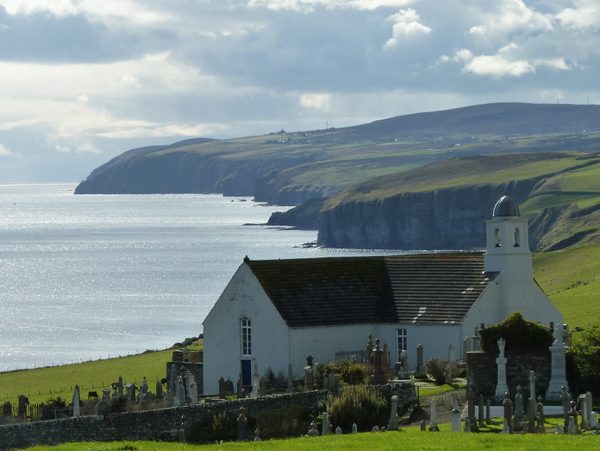 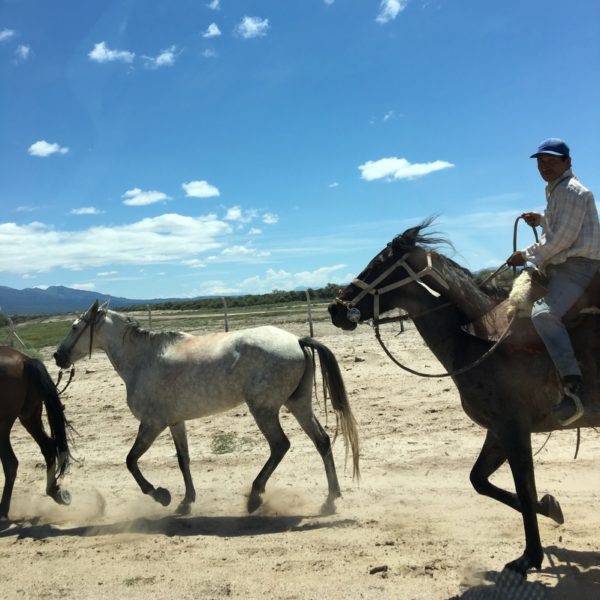 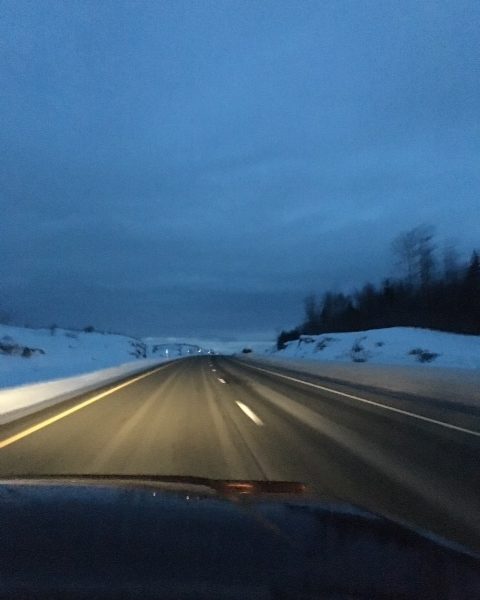 Hellooooo. Happy New Year. Long time no see. I’ve been on a bit of an …