Sometimes when I’m looking for a good book, I want something big and meaty, well written, and all engrossing. Like The Goldfinch or A Gentleman in Moscow. Sometimes I want a gripping murder mystery, with characters I love or hate, and an evocative setting, all delivered with impeccable style. Like something by Elizabeth George or Reginald Hill. And sometimes I want something utterly charming. No heavy themes. No murders. Just really well written and lovely.

Like Miss Pettigrew Lives for a Day by Winifred Watson. I stumbled upon this book at the book store years ago and couldn’t believe my luck. Miss Pettigrew Lives For a Day is published by Persephone Books which reprints worthy, but underrated, “mid-twentieth century books”, which have fallen out of print. Most of them are written by women. You can read the story of Persephone Books here. Their website says that they only publish books that they “completely and utterly love.” Now, how charming is that?

Winifred Watson’s characters are a lot like Barbara Pym’s, but a bit more jolly. I love the reviews of Miss Pettigrew Lives for a Day on Good Reads. Especially the young woman who says she struggled whether to give the book five stars even though she loved it. Shouldn’t a five star book be serious, not “fluff?” she asks. And then she recalls how “Pride and Prejudice is about a houseful of daughters trying to get married.” You can read her full review here. My copy of the novel has all the same quirky illustrations as the original, and I’m told the Kindle version does as well.

When I was at Mum’s in New Brunswick a couple of years ago, and greatly in need of a gentle, charming book, I discovered that Persephone Books were available on Amazon as e-books. What a treasure trove. I’d been looking in vain for their books in stores and libraries for years. And during that trying two weeks, I found that retreating daily into my room with a cup of tea and my book was indeed restorative. Because I’d embarked on a Dorothy Whipple read-a-thon.

Dorothy Whipple books are charming, gentle, and well written. No murders, just domestic complications, and strong women. Whipple’s “prose is clean and elegant, filled with rich detail, crisp images, and small moments.” It’s the small moments I particularly love. “A solitary tea, the comfort of a cat curling up on a bed, can convey a character’s state of mind so much more evocatively than the big ones.” That quote is from an earlier post of mine about my two favourite Dorothy Whipple books, Someone at a Distance and The Priory. You can read the whole post here if you’re interested.

Recently during our seemingly never-ending winter, and the spring that never came, I sought some comfort from gentle, charming books again. And discovered English writer Ursula Orange. I’d never heard of her. No surprise, I guess. Her books were all published between 1936 and 1947. She died in 1955, when she was only forty-six.

Begin Again is the story of four bright young women in 1930’s England making their first forays into adult life. As the introduction to the book says: “Orange offers hilarious and thoughtful perspectives on the quandaries of educated, ambitious women in a world not yet ready for them.” I enjoyed Orange’s take on what Stacy Marking calls the “young women’s yearning for independence, their need to express themselves and to escape the limitations of domesticity.”

In Begin Again, Sophie, who lives at home in Berkshire with a doting mother, yearns for the London life of her friends. She romantically dreams of living (and painting) in a garret, with a “frying pan and an alarm clock of her own”, “cooking sausages and kippers over a gas-ring.” But her London friends know that independent life is fraught with poor paying jobs despite their Oxford degrees. Not to mention dirty crowded buses, and a tiny, rather unkempt flat in which there is no refrigerator to keep the milk for tea from going sour. “Alarm clocks and frying pans and divan beds were not, to Jane and Florence, romantic symbols of escape and independence.” Ha. I love that bit.

The other two Ursula Orange novels I read depict life in England during World War II. In Company in the Evening, Vicky a divorced, working mother “finds herself coping single handedly in a household of disparate and incompatible characters thrown together by war.” I adore Vicky. Even if she is a bit shirty, and according to one reviewer: “less engaging than Orange’s earlier heroines.”

Tom Tiddler’s Ground was the most charming of the three books, although I liked them all. The story focuses on kindly, self-effacing Constance and her friend Caroline who has “evacuated” to Constance’s village from London with her small daughter. Constance is all that is good and well-meaning, but likable nonetheless. Caroline is hell on wheels, and immensely entertaining. Acerbic and admittedly spoiled and selfish, she blithely reports her keen-eyed observations of village life to her friend, and soon to be lover, while her steady, faithful husband remains behind in London. Caroline is a delight. As are all the characters in Orange’s most popular novel. I was sad to say good-bye to them when the book ended.

For the past few days I’ve been reading, and reading about, another “lost” mid-century writer. Like some of the characters in Ursula Orange’s novels, Angela Thirkell, born in 1890, lead an adventuresome life for the time. She divorced her first husband “in a blaze of publicity”, according to Wikipedia. And she abandoned her second with whom she had emigrated to his native Australia, to return to England. Afterwards she famously claimed that her life was “very peaceful” without a man in it. Her novels are social satire, of a very gentle kind. And she has been compared to PG Wodehouse and EM Delafield.

Angela’s Thirkell’s Northbridge Rectory is the story of one village, its odd community of locals, and the growing number of World War II evacuees they shelter. I must admit that I agree with Anne Cuningham in the Irish Independent who says that Thirkell’s Northbridge Rectory can be a bit of a struggle to read at first. But it’s worthwhile to persist. The apparently interchangeable “cast of thousands” is initially confusing. I found myself unable to tell the difference between our heroine Mrs. Villars, the rector’s wife, and Mrs. Turner a widow who lives with her two nieces. Or between the indomitable and intimidating Miss Pemberton, and the community spirited, Mrs. Paxon who has a finger in every pie that war could offer.

To steal a phrase from Mrs. Turner’s niece Betty “it’s ackcherly” the literary equivalent of entering a room full of thirty-plus teenagers on the first day of school. All the boys wearing baseball caps, and the girls seemingly all with long blond hair parted in the middle. As a young teacher I always thought, “How would I ever get them straight?” But eventually they morphed into individuals. The girls didn’t all have long blonde hair, and although most of the boys did in fact wear their baseball caps, they had other distinguishing features. Mostly. Ha.

So, I’m enjoying Northbridge Rectory more and more as I read. It really is very funny and sweet. And charming. And it does remind me of EM Delafield’s The Diary of a Provincial Lady which I read at the suggestion of a reader of this blog.

You know, we shouldn’t underestimate or turn our noses up at books that are a bit lighter. Because sometimes we don’t want angst and turmoil, sometimes we just want charming. And charming books can be wonderful. Especially if they are well written. I mean, there’s good fluff, and there’s saccharine, clichéd fluff. I’d put all the books I’ve written about here in the former category. Not exactly on a level with Barbara Pym’s Excellent Women or Anita Brookner’s Hotel du Lac, but darned close.

And speaking of charming. Don’t you just love that old movie Brief Encounter? Sigh. Oh… I think I have something in MY eye now.

By the way, I’m playing around with monetising my blog. A bit. I don’t plan to write sponsored posts, but I may include affiliate links on posts where it is appropriate to do so. I won’t make a million; that’s not why I started this endeavour anyway. But I do hope to make back some of the money I’ve started spending on the blog. I will always say when there is an affiliate relationship, and if I benefit from your clicking a link.

And I promise that like Persephone Books… I’ll only recommend books (or whatever) that I “completely and utterly love.” No changes there.

You can find all the books I’ve written about in this post at Amazon. I now have an affiliate relationship with Amazon. So if you buy the book by clicking one of the links below I will earn a small commission. NO worries if you don’t want to do that. None at all.

Miss Pettigrew Lives for a Day (here) by Winifred Watson.

Someone at a Distance (here) and The Priory (here) by Dorothy Whipple. 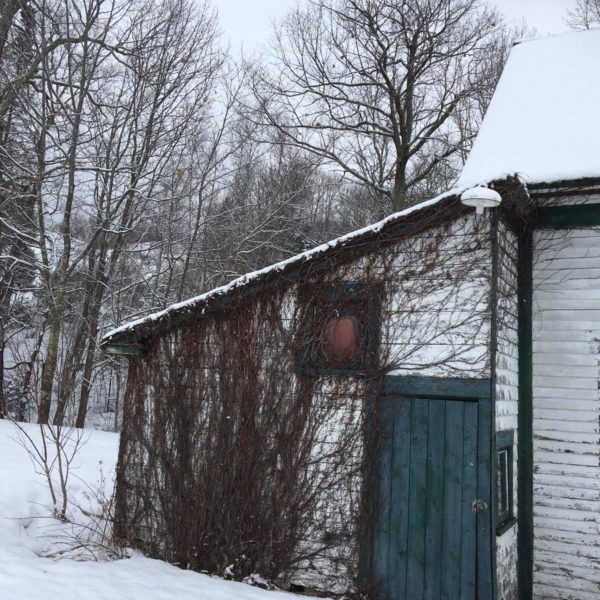 You know, I’ve learned a lesson this past week, folks, while I’ve been home with … 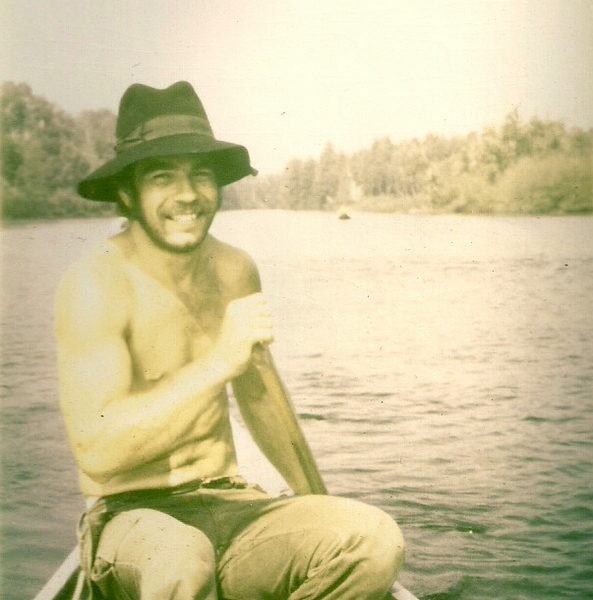 Hubby is heading off into the wild green yonder this week. Continuing a love affair with the wilderness that has lasted six decades. 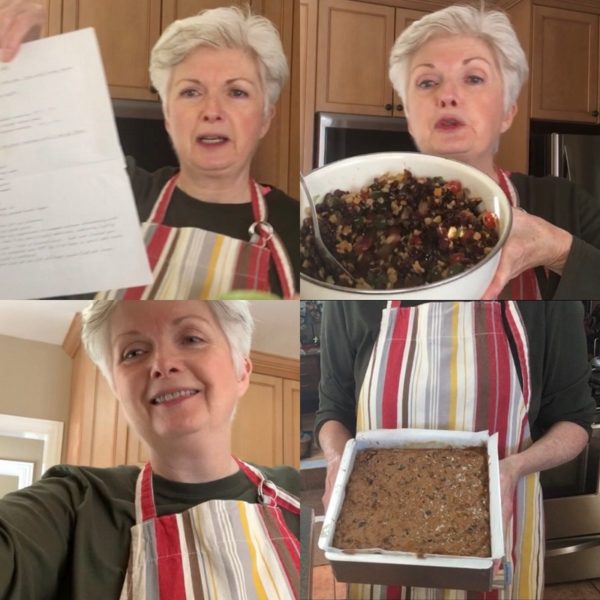