On Spring, and Empathy.

I wonder if it’s harder to lose someone you love in the spring, when everything is starting over. The birds are chirping, the trees are budding, early spring flowers are pushing up cautiously through the earth.

I wonder if the feel of the first warm days of spring makes loss harder to bear. Or easier.

My step-father died in the spring. In April, 2008. Hubby and I were on Cape Leveque in northern Australia. We got the message from my niece as we were checking into the remote Kooljaman Resort. And we turned around and started for home. The receptionist had to call back the four-seater plane that had only just dropped us off. Then it took us days and days to get home, and of course I missed the funeral. I remember wailing at Hubby several times over the course of those difficult days, “I never, ever imagined it was possible that I would miss Lloyd’s funeral.”

Poor Hubby, he was so patient with me. He juggled all the carry-on luggage, handled the tickets, and the passports, and sometimes put one hand on the small of my back to steer me to a private corner of one airport lounge or another because I was shaking and sobbing. Gad. What a mess I was. Then he’d hand me my book to hide behind, put the bags down at my feet, and head off to check in, or fetch me a cup of tea, or maybe just to have a few minutes to himself. Because, of course, he was sad too.

By the time I made it home to New Brunswick, the funeral was long over. My sister and step-brother had gone home to Calgary, and it was just me and Mum in the old farmhouse. It felt a bit unreal to be there without my stepfather. The tractor still sat behind the barn, the spring flowers were blooming, and Mum was worried about getting the garden in on her own. Not that she needed a big garden, but she was determined to carry on as usual. I guess that’s natural.

I remember people saying, “Ah well, at least your mum still has you, and your brother and sisters.” Yes. She had us. Yes, he lived to be a good age. He didn’t die after a long disease. He went quickly of a massive stroke while gassing up the tractor to go do something or other in the woods. That was how he would have wished to go, I think. Yes, Mum was “lucky” she had us. But still, she didn’t have him anymore. And when we all went home, she’d be alone.

It was the “at least” statements that rankled me in those early days after my step-dad’s death. How dismissive they sounded, putting our grief in perspective for us. Look at how lucky we were, how fortunate we’d been, and would continue to be. Yeah. We got that. But we didn’t want to think about that then. Maybe later. Maybe when the pain had lessened a bit. When we were ready to move on.

I didn’t really understand why those statements got under my skin so badly until a few years later. A psychologist friend of mine posted a little video on Facebook. About empathy.

In the video Brené Brown, social worker, academic, researcher, storyteller, explains about empathy. She talks about how empathic responses are about connection, about demonstrating to the grieving person that you understand their pain, or that you are trying to understand. And she says something that has stayed with me ever since. “Rarely does an empathic response begin with ‘at least.'”

The other day I thought about “at least” statements, and how unhelpful they are to someone who is grieving. A friend of mine recently lost a young, much loved family member. Some of the responses that other family members received, which she related to me, made me cringe.

It reminded me of when my step-father died. How angry I was at some of the things people said. All those “at least” statements.

And it reminded me of a few years later when Hubby was very depressed after his heart surgery. I struggled with how to help him. Eventually I spoke with a counsellor friend who said, “Stop trying to fix him. He needs to know you recognize his pain.” Gad. How had I screwed that up so badly? And then, even though I felt like a bit of a fraud, I parroted the empathic responses my counsellor friend had told me to try. Hubby didn’t notice anything was amiss, except that I’d stopped trying to make him see the silver lining. I finally got the hang of how to respond to his pain, and his grumpiness. And I realized that I had to let him feel sad, and be there for him when he needed me.

You know, it seems every time I tell people my “at least” story, they protest. “But people just want to help,” they argue. “They don’t know what to say to someone who is sad, depressed, or grieving. They are probably uncomfortable in the face of someone else’s pain. It’s not wrong to want to make people feel better.”

Of course, I always reply. I know that. But maybe by the time we reach late middle age we should at least try to learn something about how to face situations which make us uncomfortable. I mean, there’s lots of information out there to help us learn. Like Brené Brown’s video.

I don’t mean to pretend that I’m an expert on empathy. Or someone who knows how to deal with grief. Far from it. I just know what I’ve experienced, and what I’ve learned from that.

And I wonder if spring makes dealing with grief easier for other people. The spring my step-father died, I found walking the trail that runs along the wide Saint John River calming. Maybe it was just being home. Finally, after our long journey, being back in the place where I grew up, and which conjured so many happy memories. Maybe it was watching the Saint John rise with the spring run-off, like it does every, every year. Or the blossoming trees, and the grass greening up. Everything starting over again.

And I remember thinking it would have been so much harder if it had been winter. That… at least it was spring.

P.S. Here’s the link to the Kooljaman Resort where we were going to stay on Cape Leveque. Cape Leveque is on the very tip of the Dampier Peninsula in the north of Western Australia. It’s a magnificent place owned and operated by the Bardi Jawi indigenous people. We were sad we only got to be there for a couple of hours while we waited for the plane to come back for us the day we learned about my step-father’s death. But we still kind of hope that one day we’ll go back. 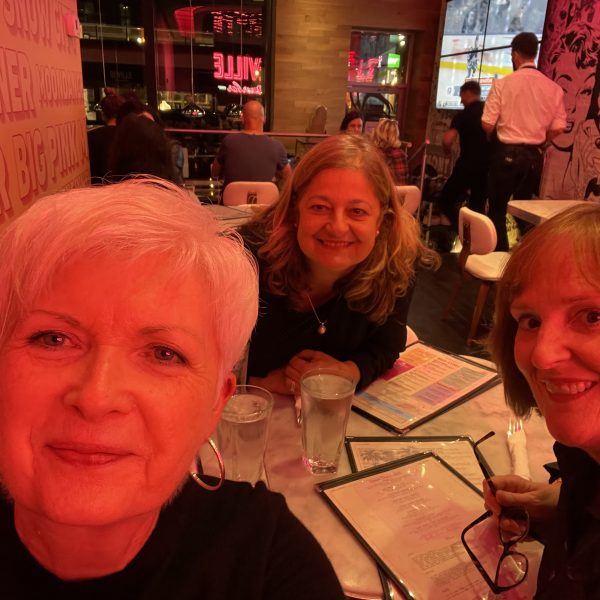 We went on a girls’ getaway to Montreal. Where we walked and walked. Shopped. Ate and drank. Shopped. And yakked. So much yakking. 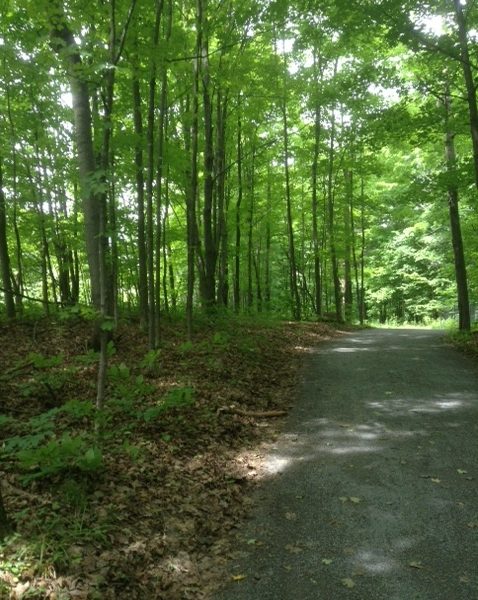 Training for the Tour… Motivating Myself to Stay Fit

Less than a week to go now, before the start of the Tour … 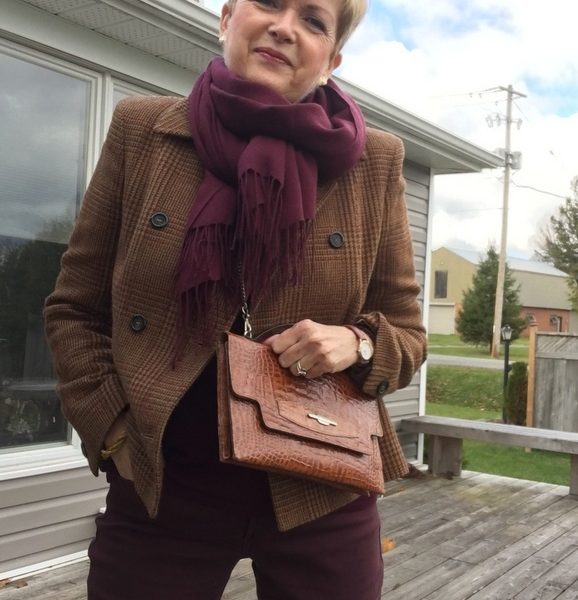 Fall Closet Goal… Wear What I Own

I have a closet goal this fall. To wear what I own, especially my fall jackets. Here’s how I’m doing.

PrevPrevious storyMaking Things Work. And Work, and Work
Next storyHow Do We Know What “Our Style” Is?Next

40 thoughts on “On Spring, and Empathy.”