I am having a week of which mystery lovers everywhere dream. After weeks of moaning in a my book posts about the dearth of good books to read, I have for the last few days been in mystery lovers’ nirvana. The state of perfect happiness, when the literary planets align, and everything I read, listen to, or watch is great. Sigh.

I’m finally reading Tana French’s latest book, The Witch Elm (affliate link) I’ve been on the waiting list at the library for ages. This week I have had my nose deeply buried in that book. First on my i-pad and then in hard copy. I love Tana French’s work. Her Dublin Murder Squad series has been very, very good.

I liked The Wych Elm or The Witch Elm a lot right off the bat. Then, to be honest, I grew a bit impatient with the somewhat rambling structure. But I kept reading, was captivated again, became a bit impatient with Toby’s situation, persisted, and then finally became totally engrossed. But let me back up a bit.

The Wych Elm is the story of Toby Hennessy, his family, his friends, and his girlfriend as they navigate through some pretty traumatic events. Events that will eventually wreak chaos in their lives. Toby is handsome, bright, young, has a beautiful girlfriend, good mates, and a great job. He is a very lucky man. But at the beginning of the novel he doesn’t seem to understand how lucky he is. He doesn’t comprehend the depth of his privilege. As his friend Dec points out, he “hasn’t a clue” how charmed his life has been.

Then things go awry. Toby has a moral crisis at work, his apartment is burgled, he is attacked by the thieves, and left for dead. Toby doesn’t die, but the physical, emotional, and psychological damage is huge. He struggles to recover; he has physical limitations, and his nerves and his memory are shot. Then Toby and his girlfriend move into Toby’s grandparent’s house, to act as carers for his beloved uncle Hugh who is dying of brain cancer. And for a time, the peaceful routine they fall into, and being once again in the home where his father and uncles grew up, and where Toby and his cousins spent every summer as children, seems to be working. Until they find the skeleton. In the wych elm tree.

The Wych Elm is a “slow burn of a novel”, as Anna Carey says in her review in The Irish Times. As Toby, his family, and the police try to uncover how the skeleton came to be in the elm tree, things fall apart. The mystery of the skeleton is complicated by Toby’s attempts to piece together his past. Relationships become strained, and Toby begins to wonder how well he knows family members he’s “known” all his life. Who can he trust? Can he even trust himself? As Carey says in her review, “Toby is a particularly fascinating unreliable narrator.”

French plays with several themes in this novel: the idea of privilege, the effects of trauma, family dynamics, friendship, responsibility. But perhaps the most interesting theme that is explored is that of identity. Are we the person we think we are, or are we the person others see? I tell you folks, just thinking about that really messes with your head.

Now let’s take a moment to discuss wyches or witches, and which wych is which. As I read this book, I began to notice that the characters referred to the wych elm in the backyard. Huh. “So then why is the novel called The Witch Elm?” I wondered, “Where’s the witch come into it?” And when I did my research, I saw that in the UK the novel was published under the title The Wych Elm. I hate it when North American publishers change stuff like that. Seriously, there’s no such thing as a witch elm, and certainly no witches in the book. Sigh.

But there is, interestingly enough, a true story of a different wych elm and a different skeleton. Apparently, in 1943 children playing in Hagley Wood in Worchester, England, found the skull of a woman in a wych elm tree. Local police found the rest of her skeleton in the tree, and eventually established that she’d been killed in 1941. The mysterious woman was never identified, and numerous theories abounded as to who she was and how she ended up in the tree. You can read the story for yourself here and here.

So yeah, this week I’ve been busy reading and pondering. Thinking about trees and identity, and getting all excited about how people perceive me and if it’s the same way I perceive myself. I do tend to let engrossing books engross me a bit too much. And while I’ve been walking or pedalling my exercise bike, I’ve been listening to an old Ruth Rendell book. Gosh I love her writing. And I love Wexford and Burden and especially Dora. Despite the fact that they’re all about murder and mayhem, her books are calming. Not to mention restrained, deftly plotted, and very well written.

Rendell died in 2015, and to slightly misquote Shakespeare, we “shall not look upon her like again.” Have a look at her life and career in this article in The Daily Mail written by her friend A.N. Wilson. Wilson says that of Rendell’s “80 books or so” he “never found a dud.” If you’ve not read Rendell, her back list alone is a mystery lover’s nirvana.

And if reading a wonderful book, and listening to another wonderful book are not enough to create nirvana, Hubby and I have been watching Season 3 of the British mystery series The Unforgotten. I’m a big fan of Nicola Walker who plays DCI Cassie Stuart; I loved Walker in Last Tango in Halifax. Cassie heads up a team of investigators who look at cold cases. I mean, like, really cold. If you haven’t caught any of this series you should keep an eye out for it. Each season deals with one mystery. We love the way the episodes intertwine, drawing together seemingly unrelated characters and events. No pyrotechnics, no car crashes, just a well written script and some very fine acting. Goes well with a glass of wine and a bowl of popcorn. Just saying.

I’m not quite finished reading The Wych Elm or The Witch Elm, whichever. So I think I will take myself off to my sun room and finish the book before supper. Then it’s another episode of The Unforgotten for Hubby and me.

Then of course… hockey. It’s Stanley Cup season. Hubby tapes the game and, after we finish watching whatever we want together, he watches it. While I move to the sun room and try to read, or blog, and pretend he’s not regaling me with commentary on goals, penalties, bad calls, unlikely saves, whatever. After over thirty years together he still sees me as someone who understands hockey. So I ask you… are we the person we think we are, or are we the person that others see?

Still, even if we don’t share a love of hockey, we share a love of fishing, and travel, and reading. You know, it might be too much of a good thing if I loved hockey as well. Almost too much nirvana for one man to bear, you might say.

P.S. I found that shot of the wych elm tree above on a quirky site called Cumbria’s Top 50 Trees. You can read all about each specific tree, and even look at a Google map of where to find it if you want to take a stroll and look at some cool trees.

Now tell us what you’re reading, or listening to, or watching these days folks? Anything good?

You can buy Tana French’s The Witch Elm here at Amazon.

NOTE: I now have an affiliate relationship with Amazon, so if you buy the book by clicking a link in my post, I will earn a commission at no extra cost to you. NO worries if you don’t want to do that. None at all. 🙂 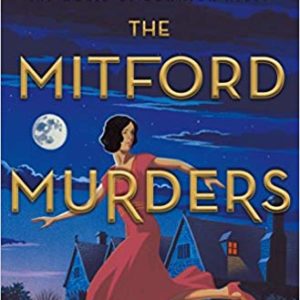 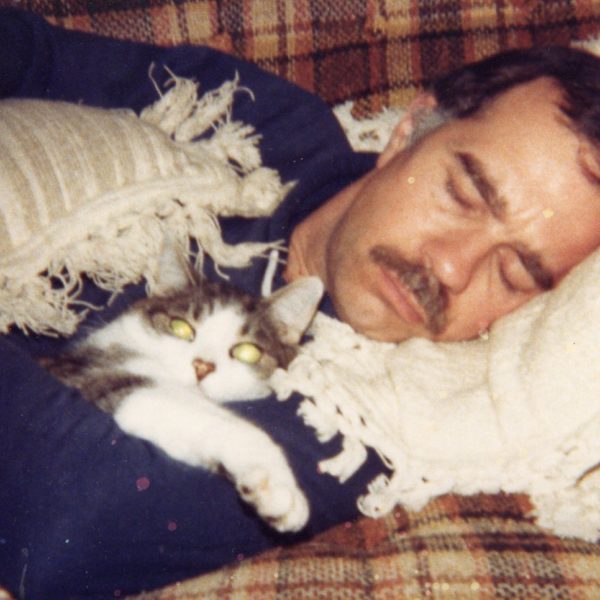 I’ve always been a cat person. When I met my husband, that fact that he had two cats pleased me no end. Love me, love my cats. No problem. 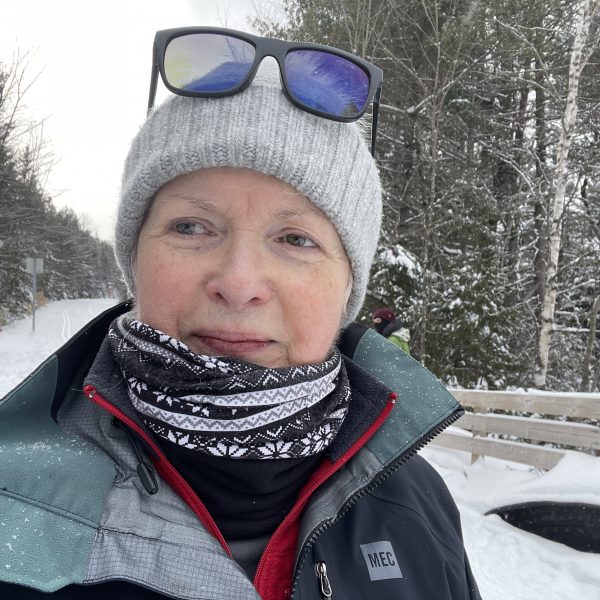 PrevPrevious storyTurtlenecks for Spring
Next storyMaking Things Work. And Work, and WorkNext