When Winter Gets Nasty, It’s Time To Hunker Down, With a Book

Winter has been pretty nasty around here lately, folks. Probably it’s nasty where many of you are as well. Cold and icy, making walking treacherous. And then last night, a big dump of snow, very big, with high winds, and white-out conditions. Schools are closed. Roads are hazardous. It’s dangerous out there, and downright depressing.

So what am I doing about it? Nothing. Nothing at all. I waved the white flag days ago, and hunkered down in front of the fire. After all, I’m retired; I don’t have to battle the snow, and the bad roads, and the traffic to get to work anymore. I’m drawing on all my resources to find the silver lining in this beastly weather.

I’m implementing our Canadian version of hygge. What my friend Marina tells me is called “tout douillet” in French. Devant le feu, tout douillet, avec un bon livre.  All cosy in front of the fire, with a good book. Not to mention feet up, cup of tea in hand. Ahhh. That’s better.

Hubby is recovering from surgery, and he’s not able to ski. So we’ve been walking at a local indoor walking track, then grabbing a latte on the way home, where we hunker down again with our books. And today, we’re not going anywhere. We made blueberry pancakes for breakfast, and then, you guessed it, we cosied up in front of the fire with our books.

I just finished reading The Dry by Jane Harper. I loved it. This book was recommended by Sue N. when she read my Mystery Lovers Anonymous post. Sue said that maybe reading what she called “Australian Bush Noir” would be an antidote for what ailed us during our long, cold winter. And she was right.

The novel is set in a remote farming town in the outback of Australia, and I very much enjoyed Harper’s depiction of place. The main character, Aaron Falk, is a detective from Melbourne who comes home for the funeral of his childhood friend, killed along with his wife and son in an apparent double-murder-suicide. Although I was gripped by the mystery surrounding the deaths of Falk’s friend and his family, I found Harper’s clever plot device, a combination of flashbacks and real-time narration, somewhat contrived at times. Especially at the end. But it’s a weakness easily overlooked, and does not stop me from recommending the book. Hubby is reading it now.

Hubby and I have spent a little time in places like the setting of Harper’s novel. Small towns in the Australian outback, isolated and slowly dying from the drought. We spent a week in the Murray River area, in 2003, where the river level and the overall watershed had declined drastically in recent years, and we were constantly amazed that the dry and stubble strewn fields could support any life, let alone a herd of cattle or sheep. Then in 2008, we drove from booming, cosmopolitan Perth, in western Australia, north through some very remote areas to Broome.

We still chuckle about the roadhouse where we made our first stop on our first day out of Perth. I asked for a latte. And the cheerful girl behind the counter just laughed and said, “No lattes around here. Yis are in the bush now.”  Ha. My face still flushes over that gaffe. But I do kind of wish I had retorted, “Bush? Bush? I don’t see any bush.” Because the Canadian bush which is characterized by dense forest, rocks, lakes, bogs, and mosquitoes is very different from the Australian bush. Very different, indeed

After I finished The Dry, I ordered, for my Kindle, another book suggested by Sue. The Ruin, written by a young Irish-Australian writer Dervla McTiernan, is set in Galway, Ireland which Hubby and I visited a few years ago. And, coincidentally, McTiernan lives in Perth, Australia. Ha. So it would seem to be a book we were meant to read. I liked this book very much. McTiernan is a good writer. However, I think she relies a bit too much on elements of the thriller genre, and would be better served if she slowed the pace down and didn’t rely so much on plot, especially towards the end. It’s not a perfect book, but I really enjoyed the characters, the depiction of setting, and her style, and I will look for more by her. Hubby says to tell you he seconds my opinion.

The last book that I’ve recently read in my battle against the winter blues is Peter James’ Dead If You Don’t. I enjoy James’ Roy Grace series. I love the police procedural aspect of his books, the details of how and why a case progresses. And this one was great. I pretty much carried it with me everywhere for two days. I read it during breakfast, propped it up on the table while I ate lunch, continued after lunch in front of the fire, on the exercise bike, even while Hubby was watching hockey on television, and trying to talk to me about the game despite my baleful, shut-up-and-let-me-read looks. I was dying to finish it, and then, of course, disappointed when it was done. Not disappointed in the book, no, no, but in the fact that now I had nothing to read. Again. Sigh.

So I scanned my book shelves in desperation. “Maybe it’s time I came home from parts faraway and read some Canadian content,” I thought yesterday. And I dug out two of my favourite Canadian novels. Jane Urquhart’s Away, about Irish immigrants, especially the women. And Carol Shield’s Swan: A Mystery. Shields is one of my very favourite writers. I thought about her the other day when someone said on IG that they were reading Shields’ novel The Stone Diaries for which she won the Governor General’s award and a Pulitzer. But Swann, one of her lesser known books, is my favourite. It’s about a naive, country housewife, whose tiny book of poems becomes famous, and much fought over by the literary world. If you can find it and are not familiar with this gem of Shields’ you must read it. I’m loving it all over again.

Both of these books deal in part with surviving life in Canada. And thinking that a little commiseration is just what I need right now, I ordered Susanna Moodie’s Roughing It in the Bush: or Forest Life in Canada from the library. I haven’t read this Canadian classic, published in the mid-1800s, since I was in university. How unprepared for life in Canada were Susanna Moodie and her gentleman-farmer husband! I’m sure reading it again will make me feel grateful for paved roads and central heating, if nothing else.

Moodie’s book has inspired numerous other Canadian writers,  including Margaret Atwood whose book of poetry The Journals of Susanna Moodie is a series of poems told in Susanna Moodie’s voice. One of my favourite Canadian non-fiction writers, Charlotte Gray, wrote of Moodie as well. I loved Gray’s book Sisters in the Wilderness, which tells the story of Susanna Moodie and her sister Catherine Parr Trail, who both left bucolic England to come to the backwoods of Canada in the 1800s. And as you may know, it’s the title of Gray’s book which gave me the idea for my blog name.

And now, time is getting on while I’ve been writing, folks. I hear the distinctive sound of a snow-blower outside my window. Hubby is out in the cold watching that the young man who he’s hired to clear snow for us (while Hubby is out of action) doesn’t do something to himself while running the snowblower for the first time or when shovelling the four-foot high bank that the plow just left at the end of our driveway.

And here I am all warm and cosy, inside. I do feel a bit guilty.  Sigh.

So I guess I’d better stir myself to go make dinner. Then after dinner we’ll no doubt retreat to the living room to loll by the fire with our wine and our books. As my friend Marina says, “Devant le feu, tout douillet, avec un bon livre.”

And I would add, avec un verre de vin.

How about you my friends? How are you weathering (pun intended) winter? Devant le feu avec un bon livre?

You can find all the books I’ve reviewed on Amazon. I have an affiliate relationship with Amazon, now. If you want to buy the book by clicking on one of the links below, I will receive a commission at no extra cost to you. If you don’t want to do that, no worries. No worries at all. 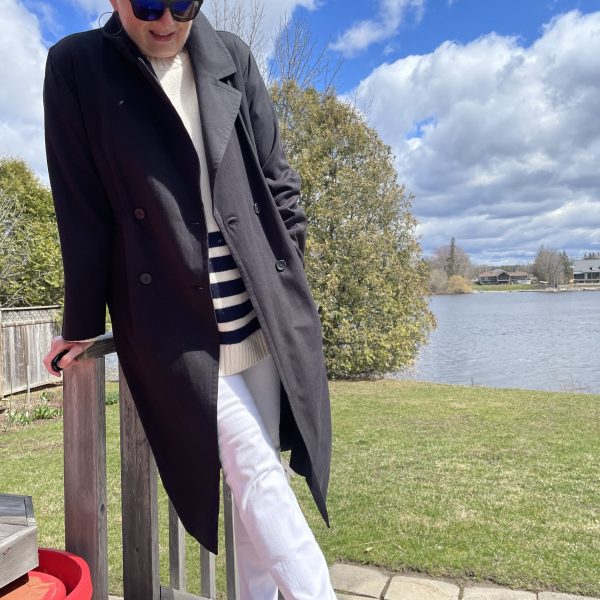 I seem to be all about stripes for spring this year my friends. Navy and white stripes. So fresh and springy. Stripes with everything, I say. 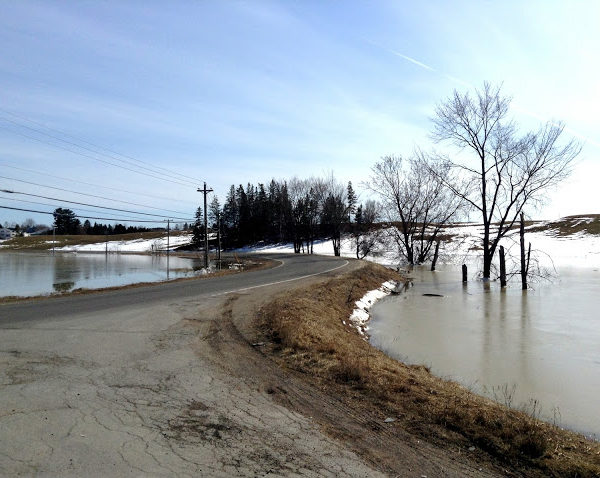 My Spring Break-up … with Vogue

When you’ve lived on one Canadian river or another almost all your life, like I … 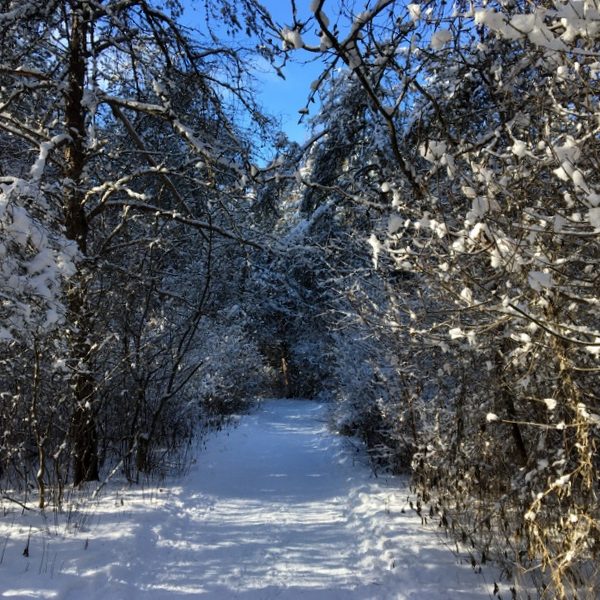 Just One Thing… Every Day

I’m trying to muddle through a never-ending winter in a lockdown during a pandemic by doing just ONE productive thing each day.

33 thoughts on “When Winter Gets Nasty, It’s Time To Hunker Down, With a Book”