Remember the good old days? When P.D. James, Ruth Rendell, Reginald Hill, or Colin Dexter published a new mystery novel, and you’d rush to the book store to buy it, or put yourself on a very long list at the library? Then once you had the book in your hot little hands, you’d scurry home with your treasure tucked under your arm, perhaps you called ahead to tell Hubby to put the kettle on because you didn’t want to waste a minute before you hunkered down with a cup of tea and this latest masterpiece?

Okay, the part about calling Hubby is a bit of an exaggeration. Still, you get my point. I miss the day when all of the mystery writers I most admire were still writing, and publishing regularly. I miss those halcyon days when I knew that after the skiing on a wintry Sunday afternoon, I could look forward to a cup of tea, a fire in the fireplace, and a great mystery novel.

Don’t get me wrong, there are still great mystery writers out there, and I wait impatiently for each of them to publish their next book. Elizabeth George’s umpteenth Inspector Lynley for instance came out last year. Now there’s a great, old-timey mystery: well written, with recurring characters I love, and a plot that really hangs together and doesn’t do anything ridiculous in the last fifty pages. I need all of those things to consider a book a really great mystery.

And writers like Ann Cleeves, Tana French, or Peter Robinson rarely disappoint. Similarly, Denise Mina’s dark, edgy novels set in Glasgow, or Elly Griffiths’ Ruth Galloway novels, and Jim Kelly’s Shaw and Valentine books, set in Norfolk. I’m a sucker for an evocative setting. Last year I discovered Susie Steiner about whom I wrote a rather effusive post. Then there are writers who write both mystery and literary fiction. Like Kate Atkinson whose first foray into the spy genre, Transcription, I finished a few weeks ago. Or Susan Hill who writes the Simon Serrailler series, and also has several stand alone books. I love all of these writers; I always pour a cup of tea, and find myself a comfy spot to burrow down for a good, long read whenever I get my hands on one of their books.

But it’s not enough, people.

Even though Kate Atkinson, Denise Mina, and Elly Griffiths all have new books out, or coming out this year, it’s still not enough. Why when it appears as if there are so many wonderful writers writing wonderful mystery novels am I still searching for something to read?

Maybe I’m reading more. I probably am, now that I don’t have to spend my evenings reading and marking student work. Even on those nights when I work late on the blog, I read before I go to bed, unlike when I was still teaching. So I consume more books, I guess.

But that isn’t the whole story. These days, I find myself discovering and casting aside many more writers than I used to do. I loved Scottish writer Stuart McBride for a time, until his plots became crazy violent, and sometimes just plain crazy. Same with S.J. Bolton, whose writing I initially liked and then became exasperated with as her plots began to verge on the ridiculous. Peter May’s latest stand-alone was disappointing, the plot down-right silly at the end. Even Hubby felt like tossing it, and he’s way more tolerant for authorial weakness than I am. Lately I find Val McDermid’s recurring character Dr. Tony Hill just plain annoying, and Ian Rankin’s Inspector Rebus slightly exasperating, and a bit boring. Both Hubby and I have enjoyed Peter Lovesey’s Inspector Diamond series, though. We powered through all fourteen of those, even though some of them are a bit uneven, and definitely not up to P.D. James or Kate Atkinson standards.

So what’s a mystery lover to do when there are not enough great books to satiate the hunger for them? Well, go on a big book hunt, that’s what.

I remember back when I was younger, and had a lot less reading under my belt, I’d sometimes discover a new-to-me mystery writer whose work I loved, and who had a huge back-list of books that I could then relish. That was awesome. So I began my hunt by looking for writers who had been around a while, but were new to me. Or about whom I had forgotten.

Writers like W.J. Burley who wrote the Wycliffe series set in Cornwall. Hubby and I used to love those quiet and competently written novels. So I bought a couple of titles which had been reissued, and then I went on the search for the whole list. I’ve read three or four in the past few weeks, most on my Kindle. It’s Burley’s tone, and his superbly restrained style which I love the most. I even started calling him the Barbara Pym of mystery writers, but that comment was lost on Hubby. Ha.

Based on the recommendation of Frances of Materfamilias Writes, I ordered the first novel in a series of books by Michael Robotham. I loved The Suspect right away, then I became a little exasperated at the main character and kept yelling at him in my head. But I persisted, and I’m glad I did because now I’m loving it again. I’ll bet Frances just heaved a big sigh of relief there. Ha. I always feel the same when I speak highly of a book that someone then reads. As if by recommending it we become responsible for the reader’s enjoyment.

I subscribe to a newsletter called “The Crime Lady” written by Sarah Weinman, a former student of mine. She always publishes her “best of” list at the end of the year, and I always pay attention to it. I discovered Laura Lippman five or six years ago from one of Sarah’s lists. Her tastes don’t always align with mine; as she says herself, she likes her crime fiction “a little weird, a lot bold, and plenty off-kilter.” Still, she knows her stuff. And I can filter out the titles that are too off-kilter for me. So I ordered a few of her suggestions from the library: the latest Laura Lippman, and one by a writer called William Boyle, who is new to me. I ordered Boyle’s first novel. I hope I like it because he has several others available. Based on Sarah’s review, I also ordered a book called Who Is Vera Kelly? by Rosalie Knecht. I’ll let you know how I get on with these.

If I couldn’t get new mystery novels from favourite writers, I thought I might explore others works of theirs. I decided to try some of Susan Hill’s non-Serrailler books. Mrs. De Winter, which she wrote way back in the nineties and is the follow-up to Daphne du Maurier’s Rebecca, is wonderful. I devoured it. Hill definitely knows her du Maurier. Even the style she adopts in her writing is evocative of du Maurier. I also discovered that mystery writer Minette Walters, a big favourite back in the day when she was writing the likes of The Sculptress or The Shape of Snakes, has a new book on the shelves at the library. The Last Hours is not a mystery, but historical fiction set in England in the era of the Black Plague. I found it gripping. And I was tickled to see that it’s the first in a trilogy, with the second book, The Turn of Midnight, coming out this year.

I think my research has proven fruitful. The other day, I found an on-line journal called Crime Reads, and I subscribed to their weekly newsletter. It’s pretty interesting with links to articles about all kinds of mysteries and crime novels, new and old. Like this one about “cosy bookstore mysteries.” I like some of the “cosy” genre, as long as they are not too cosy, or “twee” as some of you Brits might say. Plus I’ve stumbled upon a couple of older writers whose back-lists I’ve yet to explore. I’ll let you know if they pan out.

I may not be able to bring back the halcyon days of P.D. James, and Colin Dexter, and my beloved Reginald Hill, but I think I’ve found enough books that I may be able to last the winter reading-wise. Hopefully. I admit that I’m addicted to mystery novels. I love to read a whole lot of different books, with the exception of horror and science fiction. But mysteries are my passion, my not so secret addiction.

And, you know, I’ve been thinking… we should start a club. Mystery Lovers Anonymous.

I’ll go first. My name is Sue, and I am powerless in the face of my need to consume mystery novels. I cannot curb my appetite for murder and mayhem.

Maybe I should blame my grandmother Sullivan who got me started on Agatha Christie and Ellery Queen back when I was a kid. Maybe that’s why I’m addicted. I don’t know, it’s a mystery.
I love that line. Hubby and I use it all the time. I cannot believe that it’s been twenty-one years since Shakespeare in Love, with the wonderful Geoffrey Rush as Henslowe.

Now, speaking of books, I’m off to book club in a few minutes, and I haven’t read the book. I know, I know. Bad book club member. I’ve just been too darned busy searching for good mysteries to do my assigned reading.

Hope I don’t get in trouble.

What about you folks? Are you addicted to books of a particular genre? Care to join Mystery Lovers Anonymous?

P.S. Book links to Amazon are affiliate links. If you buy something after clicking my link I will earn a small commission at no extra cost to you. 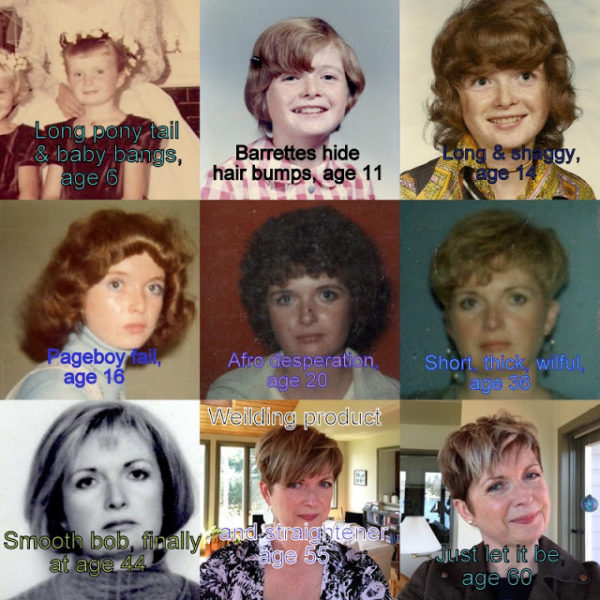 Time for Change. And I’m Not Talking About My Hair.

I’ve been thinking of updating my blog. Making big changes… that have nothing to do with my hair. Ha 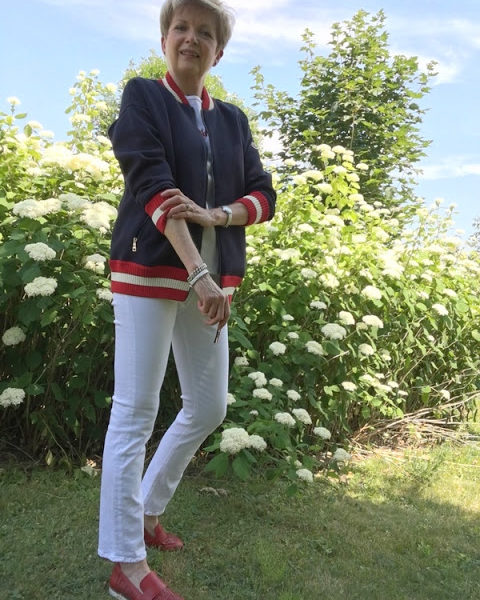 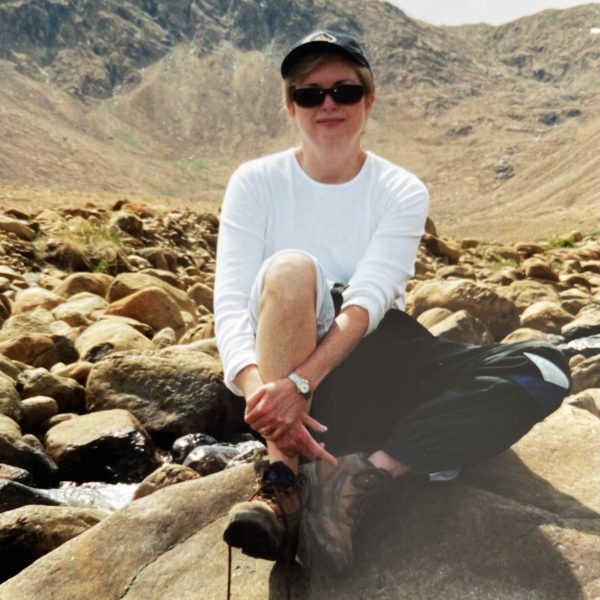 Now that I’m retired I run my life on retirement time. Which is great. Except that I now seem utterly incapable of being on time.

PrevPrevious storyTime for Change. And I’m Not Talking About My Hair.
Next storyKindness, Civility, and a Little RespectNext