It’s highly ironic, I’d say, that just when I get my make-up professionally done, learn new tricks to help my aging skin look brighter, purchase a few new products and learn new ways to use the old ones, including eye shadow, I have my eye operated on and have to go for weeks without eye make-up.
That’s right, since my cataract surgery, I’ve gone cold turkey. Not a thing applied to my lids or lashes. Nothing. Nada. Zip. For two whole weeks. Gasp.

You’re right, of course. In the greater scheme of things, worrying about not being able to wear eye make-up is pretty shallow. Okay, very shallow. Ridiculous, even, yeah, I get that. And I’m not actually worrying. Not really.

It’s not as if I wear tons of eye make-up all the time. I’ve been out and about in our little village countless times, since I retired, with minimal make-up: just eye brow gel (applied like mascara with a wand), under-eye concealer, a little blush, and mascara. But if I venture any further out in public, say downtown shopping, to a restaurant for lunch or dinner, or to a party, I always wear eye make-up (primer, three different shadows, and liner). This new situation will simply require me to be a bit more… ah… minimal, more minimal, even, than my only-in-the-village look.

So, since last week, after my operation (which went well, by the way), I’ve been looking for inspiration as to how best to navigate the no eye make-up thing. I had in my head that I should go for a retro look. Like Kate Winslet and Emma Thompson in Sense and Sensibility. Their make-up is lovely. I noticed it particularly when Mum and I were watching the film again when I was in Fredericton last month. In close-ups they both look so innocent, all fresh-faced, pink-cheeked, and mascara-less. Except that they are, of course, wearing make-up on their eyes, only in such a way to make it look as if they aren’t. On second thought, trying to emulate the youthful blushes of unmarried, unspoiled Regency girls might be a bit of a stretch for me at sixty-two.

Still, thinking along retro lines, maybe the look of the 1940s might be more achievable. Similar to what Clare Calbraith as Steph Farrow does in that wonderful television mini-series Home Fires. With a focus on eyebrows and lips. Which brings me to the shot of my mum in the forties, below. Mum had that pale face, dark lipstick look nailed, don’t you think? I could do that. Except with a brighter cheek colour.

For purposes of comparison, this is normal me, below, a couple of weeks ago after I scored this new Theory sweater at the Nordstrom Black Friday sale. I’m wearing three shades of eye-shadow, liner and mascara, plus my old, very soft peachy blush and lipstick.
This is me yesterday morning. Same sweater. My hair has been recently cut and coloured, and I’m wearing my new Laura Mercier blush and lipstick. Both are a bit deeper in colour than I normally wear. When I saw this shot, my first thought was “where the heck did my eye-lashes go?”

You know, it’s funny, but I never noticed that I have one eyelid which is droopier than the other. I guess my contouring eye shadow usually disguises this fact. I’ve been a bit heavier handed with the eye brow colour, hoping for more definition. I’m also wearing my new Laura Mercier concealer which is brilliant. Covers like a dream, and you don’t even know it’s there.

Oddly enough I can’t find earrings that go with my new face. When Hubby and I went shopping on Monday, I tried several pairs and then went without. It seems that without eye make-up, wearing earrings feels like wearing lipstick in my pyjamas. If that makes any sense. My face doesn’t feel “finished” … or something.

So this is the look I’ve been sporting all week. Hubby says “it’s not horrendous.” “Okay,” I reply, “Thanks, maybe, I think.” It doesn’t really look like me, in my opinion. But I don’t hate this look.

I’ve been out and about for seven days, now, with bare eyes. On Monday I went shopping with Hubby, then for lunch, then tramping across the fields at the local Christmas tree farm to select and cut our tree. The man at the tree farm didn’t blink at eye, nor did the cashier at the restaurant, nor the sales clerk at Bushtukah, the outfitters store where Hubby and I shopped. But since I’d never met any of these people before, I’d not expect them to notice. The test was the next day when I had my hair cut and Carmen didn’t notice the no make-up thing. Then I joined my friend Marina for lunch afterward, and when I sat down I asked her if she saw anything different about me. “You’re not wearing glasses?” she guessed.
Maybe this no eye make-up thing is like when a guy shaves off his mustache. And the people who know him really well feel as if something is different, but can’t put their finger on what it is. This happened to Hubby when, in 2012, he shaved off the mustache he’d worn since the seventies. And not one single friend or relative noticed. Seriously. We were at good friends’ for dinner one night soon after the big shave-off, and when they didn’t say anything, Hubby and I started joking about the phenomena that people don’t really notice other people; we used the mustache idea as an example. We were tossing out BIG hints, to no avail. “That’s weird when that happens, isn’t it?” our friend said. “Yeah,” I continued, “like when Stu shaved his off last week and not one of the hockey guys who he’s been playing with for thirty years noticed.” There was a long pause, then they both looked at him again, did a double-take, and we all had a really good laugh.
So, that’s what wearing no eye make-up is like for me, like Hubby’s big mustache shave-off phenomena. Ha.
Going cold turkey with eye make-up has been an interesting experiment, I will say that.
The biggest test will be our hockey Christmas party tonight. I’ll be bare-eyed in my festive outfit. Shudder. I think. Maybe.
Unless I chicken out and wear my old glasses to hide behind.

Now, I have to go wrap Christmas gifts and try to get them to the post office today. All things considered, I’ve left it way too late this year.

How about you, my discerning friends? Would you detect the difference if someone you know well went cold turkey and stopped wearing make-up? Or shaved off their mustache?

Linking up with:  #ShareEverything over at Not Dressed as Lamb and Thursday Favourite Things at Katherine’s Corner. 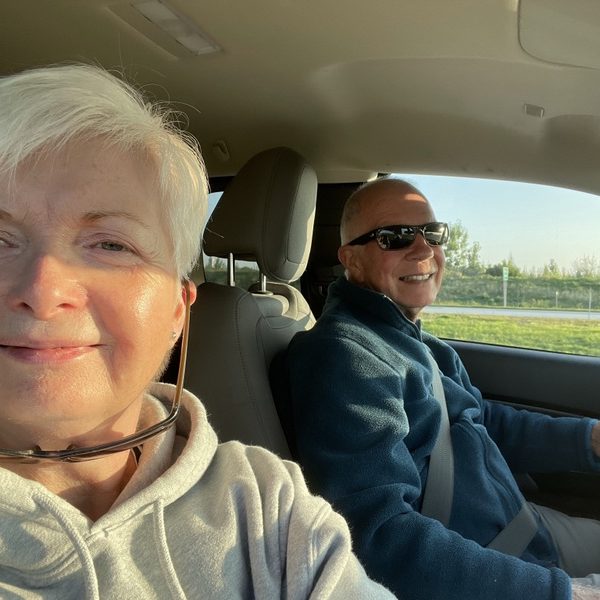 Home and Back Again.

We’re back home from our trip to New Brunswick. We were happy to go and we’re happy to be back. Hope you enjoy the vlog I made of our trip. 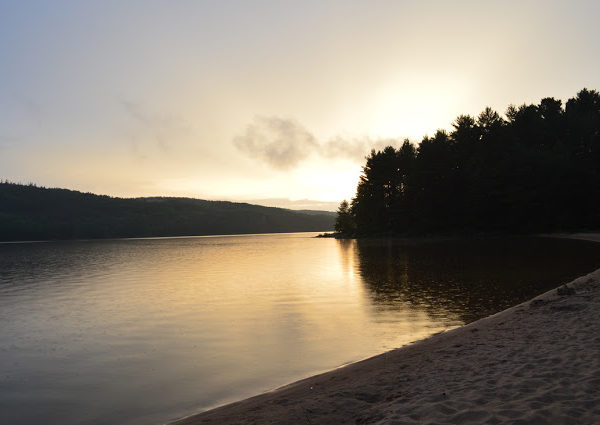 When Plans Get Derailed

Let’s talk about derailments for a moment, shall we? I have a story to tell. … 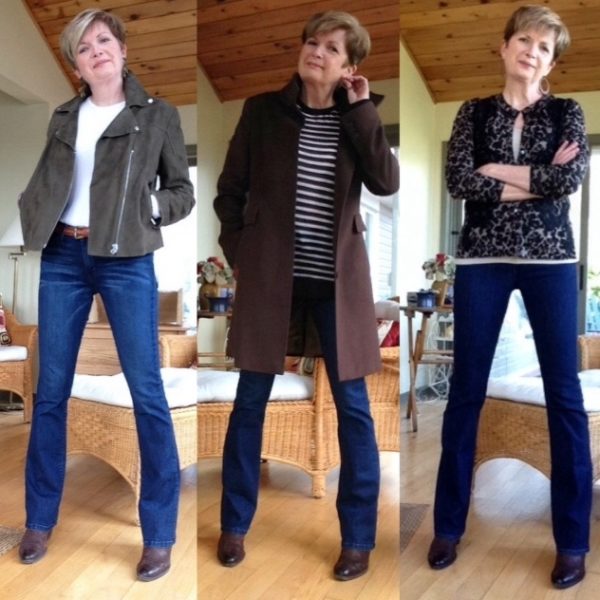 How many pairs of shoes do you own, my friends? Too many… or not nearly enough to make getting dressed easy?

PrevPrevious storyTravel Without Breaking the Bank
Next storyOver the Backyard Fence: Musings on Friendship.Next