Years ago when Hubby and I were on our first canoe trip in Algonquin Park,  I thought we would never, ever get to our campsite. Paddling is slow business, and takes endurance and patience. Like the proverbial kid in the backseat of the car, I kept asking, “how much further?” And he replied, that we could stop right then, if we chose, and take a nearby campsite. But the best fishing, the best campsites, and the best wilderness camping experience depended on us going “one more portage” than most people. So we did.

For those who aren’t familiar with Canadian history, the term portage originated with the early French-Canadian voyageurs, fur-traders who transported their cargo in canoes, and by times had to “portage” or carry it overland between navigable waters. For us these days, it means when rapids or some other impediment requires that we stop paddling, unload all our packs and fishing gear, and carry everything along with the canoe through a trail in the bush to the next lake or river.

Over the years of canoeing with Hubby, I’ve walked a few portages, and in time came to believe that the idea of pushing yourself to go “one more portage” is a pretty good motto for life.

Most of the time. Ha.

This is me above on a canoe trip in Algonquin Park a few years ago. All loaded up and ready to skip down the portage to the other end. Ha. Funnily enough, a small extra pack on the front makes the big one on the back easier to carry. You feel more balanced. I know I don’t exactly look happy, here. But I wasn’t unhappy, simply asking Hubby why the heck he was taking my picture.

I know the fact that I accompany Hubby on canoe trips at all seems utterly unfathomable to my friends. It’s so not me, or the me they think they know. But I love that I can still do it. That I don’t whimp out. Sure, there may be a little whining, mostly inaudible, but no whimping out. And that’s despite the portaging, the dirt, the bugs… and the rain.

Sometimes it rains. A lot.

I keep a record of our trips in a camping journal. And occasionally I get it out when Hubby protests that surely it hasn’t rained that often on our trips. I’ll read him a few excerpts just to refresh his memory of those less than idyllic trips. Like back in 1995 when it began to rain as soon as we had loaded all the packs into the canoe and pushed off for the four hour trip to our campsite.

As I write in my journal, eventually it rained so hard that the “drops bounced off the surface of the lake, and we were wet through. Even with our high performance Gortex rain gear. And even though the temperature was 22° C, the rain was cold, and steam rose off the lake like patches of low fog. By the time we reached the first portage, I could hardly move my fingers, and [Hubby] said my lips were blue. When we reached the campsite all we could do was set up the tent and crawl into our down sleeping bags to try to get warm. No use trying to start a fire; it was still raining.” We laugh now, at the fact that, when we tried to find dry clothes, we noticed that we hadn’t covered the packs well enough in the canoe, and every piece of clothing we’d brought was wet. Well, almost every piece. Ironically, I pulled on my one dry article of clothing, my bathing suit, before I snuggled down for a nap.

It stopped raining eventually that night, long enough for us to make a fire and cook supper, but when it started again with renewed force we nixed our plans for a cup of tea and went to bed. “It rained all night, really hard, and the next morning was still raining.” My clearest memory of that trip is of Hubby standing outside the tent the next morning, shaking his fist at the sky, and railing at the TV weather forecaster: “You call this cloudy with a chance of showers?!”

It rained for most of our four days in the park, holding off long enough each evening so we could cook our supper, and then sit on a log, sipping hot toddies by the fire, watching as another storm bore down on us from across the big lake.

One unforgettable night I had what Niles on the television show Frasier euphemistically referred to as “an intestinal imperative,” and had to sit for what seemed like hours in the dark, in the rain and the bugs on the outside facilities. “Camping is such fun,” I remember mumbling to myself, “But will someone please tell me when the #*$%-ing fun is supposed to start.”

We had one good day of sunshine when we were able to hang everything to dry, and then go fishing for a few hours up the Opeongo River. But, as I write in my journal, “it began raining again as we were making dinner. We were so disgusted that we vowed to leave the next morning, a day early, if it wasn’t sunny. And it wasn’t. So we did.” Ha.

As I read through the various tales in my journal I can hardly believe I keep going back. Tales of rain, wet sleeping bags, bug bites, bad backs, leaking tents, and one spectacular zipper fail on a rainy and very buggy night. The door on our old tent had a finicky zipper. Of course I had to pee in the middle of the night, and getting back into the tent quickly so as to allow for the ingress of a minimal amount of rain and the fewest bugs, I zipped it the wrong way and the whole thing fell apart in my hands. There was some major cursing then, I can tell you. And Hubby just stayed hunkered down in his sleeping bag and pretended to be asleep. The coward.

Of course it’s not all bad on these trips. We’ve had many, many days of warmth and sunshine, and no bugs. When the fishing is good, and we swim, and see lots of wildlife. Moose, and otters, and loons. Loons are my favourite. There’s just something so iconically Canadian about the call of a loon. And no bears, thankfully. So far.

And after supper we sit around the fire, and sip wine, and watch the sunset. And think how lucky we are to be here. To be able to still be here. To be healthy and fit enough to do this trip together after so many years. I don’t have the same passion for the bush as Hubby, nor the same fortitude in the face of cold, and discomfort, and fatigue. He seems to take strength from being out there. While I feel lucky just to prove to myself that I’m capable of doing a trip like this. Me. A high-heel wearing, nose in a book, hair obsessed wuss. I may whine a little, and curse sometimes, but when Hubby says we’re going one more portage, I’m right behind him. Usually. But, I let him go first. You know. In case of bears.

In fact, Hubby is in the park this week, canoeing and fishing with a buddy. I demurred when he half-jokingly asked if I wanted to join them. “Nope,” I replied blithely, “Because…ah… June.” June is prime black-fly season. Canoeing in June is courting with disaster. There will be bugs. Lots of them. Most of them blackflies, which are the worst. You might remember the post I wrote last summer about our trailer camping trip… and black flies.

So for numerous reasons, I won’t be going to Algonquin on a canoe trip this year. Maybe next year.

Rain, and bugs, and wet sleeping bags aside… I don’t think I’m done with this canoeing thing just yet.

How about you folks? Any tales of travel disasters you’d like to share with us? Rain, bugs, bad backs, zipper fails… intestinal issues? We’re all ears. 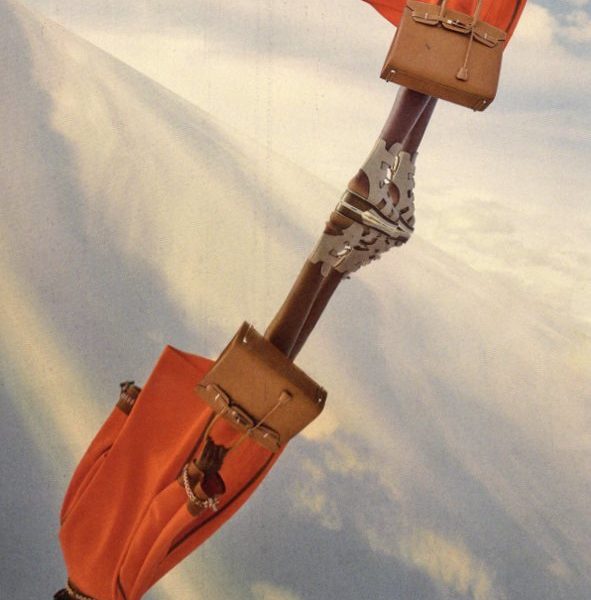 Putting Some Spring in My Step

I’m planning my spring shopping, and hoping that colour will put a spring back in my step. 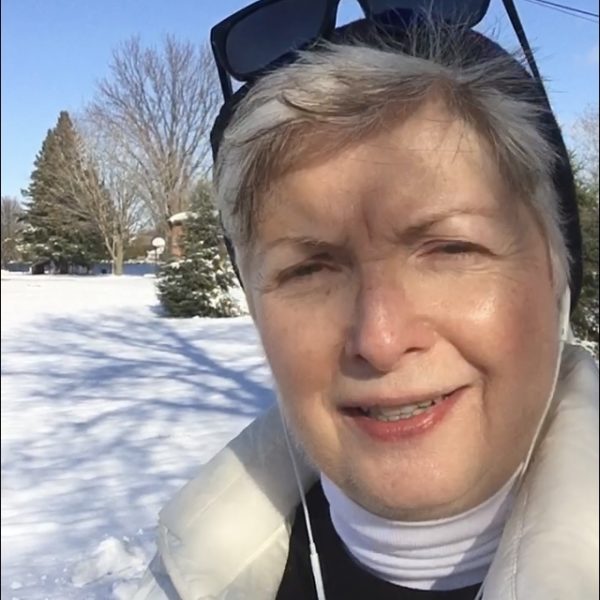 Hard Talk About the Holidays

With snow on the ground, Hubby and I have been thinking of our decision to stay home for the holidays. And have a celebration just for two. 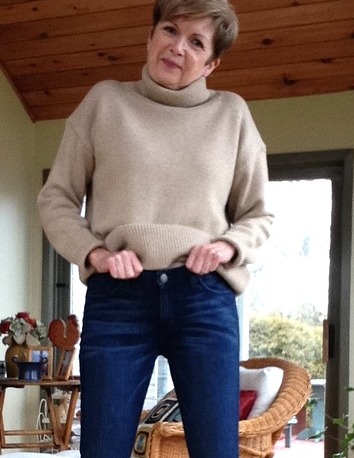 32 thoughts on “Tales from My Travel Journal: One More Portage”