I’m hosting my book club luncheon meeting in two days. I fear it will not go well. I’m not a natural at entertaining and hosting and such. Very unnatural, I would say. Ha. And hosting this bunch of ladies all of whom seem to entertain large groups of guests as easily as drawing breath is, well, intimidating.

I laughed the other day when Hubby asked me what I was planning to serve. I told him, and he said after a short pause, “I think you might want to consider something that has fewer moving parts, Suz.” “Oh, good call! ” I gasped. “What was I thinking, anyway?” Juggling too many things in the kitchen, and getting the timing right, or wrong, more likely, is the hardest part for me. Partly because once guests arrive I start chatting and then forget what was being cooked, and where, and what needs to be basted or turned or whatever. And partly because I get all “flappy,” as we say in my family, when company comes.

I keep thinking of that scene in Bridget Jones’s Diary where she has her friends over for dinner and it is such a spectacular disaster. Blue soup, congealed main course that doesn’t get served, and a gooey dessert that tastes “like marmalade,” as one character describes it. And unlike Bridget, my Mr. Darcy will not be here to remind me to do this or that, or to rescue the whole meal if required. He’ll be off golfing.

I can’t explain why hosting this “event” freaks me out. These women don’t intimidate me normally. I’ve known them all for years, worked with several of them, even travelled with a couple of them. They’re my friends. But they are all accomplished hostesses. And I am not. And before you say it, or think it, I know they don’t expect haute cuisine. I know they won’t think badly of me if I mess everything up. I know all that. But knowing it doesn’t help in the least. I’m still stressing.

Now, since my upcoming event is a book club meeting, let’s talk books for a bit, shall we?

The book we will be discussing later this week is Unearthed by Alexandra Risen. It’s a memoir of Risen’s life and of her gardening adventures.

Risen and her husband bought a home that backs onto one of the many ravines which crisscross the city of Toronto and form a huge wild urban forest. Risen’s memoir describes her and her husband’s efforts to rehabilitate their large, very neglected garden. At the same time Risen unearths her own past, and triggered by the death of one parent and the decline of the other, explores her relationship with her parents.

It’s a really interesting subject for a memoir, it had positive reviews, and I wanted to like the book, but I didn’t. I found it over-written stylistically, and a bit contrived, to be honest. So when it came due at the library I just returned the book without finishing it. Maybe if I’d persisted, I’d have come to like the book. We’ll never know.

And lest you think I never finish my books for book club (I’ve been guilty of that a few times this year), I should tell you about the book we read earlier this month for my other book club, and which I did finish. Outline by Rachel Cusk reads like a memoir, but is fiction.

It is the story of a writing teacher who spends a summer in Athens teaching a writing course, and encouraging her students to observe the world around them, and to tell their own stories. The book’s plot is not a linear one. Instead, it meanders through the narrator’s life in Athens, depicted by a series of conversations the narrator has with a Greek man she met on her flight to Greece, with a fellow teacher from Ireland, with her students, and with friends. And while the friends and acquaintances are, on the surface, telling the main character their stories, we are also learning about the narrator herself.

Cusk’s writing is exquisite, and I found the minutiae of the lives of the various characters fascinating. At our book club meeting, at a favourite Thai restaurant, we had a wonderful conversation about the book, and about the power of observation, and story telling. We none of us thought Outline was a perfect book, but even those of us who didn’t much like the book at all found redeeming features in Cusk’s work. You can read a review of Cusk’s book here.

In other book news, I’ve just finished listening to Elizabeth George’s newest Inspector Lynley book, The Punishment She Deserves. At just over 700 pages, this book is a behemoth, and since I’ve been struggling lately with upper back and neck issues, and trying to eschew reading heavy, hard-copy books, I decided to listen to it on my i-pod instead. Oh, my… twenty-two hours of rapt attention later, I finished it, eminently satisfied. Sigh. The Punishment She Deserves is classic Elizabeth George. Like Peter May, and Reginald Hill, and P.D. James, George at her best puts paid to the idea that mystery writing cannot be brilliant and well written. In fact, I have never done so much housework, pedalled my exercise bike, or walked the trails as much as I have lately, just so I could keep listening. I was disappointed when Hubby volunteered to join me on my walk one day. I mean, if he came I’d have to talk to him and not be able to listen to my book.

And most exciting as far as book news goes, I used my Christmas Indigo gift card yesterday to buy Paula Mclain’s newest novel Love and Ruin.

Love and Ruin is a fictionalized account of Ernest Hemingway’s stormy relationship with his third wife Martha Gellhorn. I’ve long been fascinated by Hemingway. And by Martha Gellhorn, a famous journalist and war correspondent, and the only woman to leave Hemingway before he could leave her. Ha. You can read a review of Love and Ruin here.

I adored Mclain’s The Paris Wife. Similarly her novel Circling the Sun about the life of Beryl Markham. I wrote a post a while ago about both of these books, and about my tendency to “read round the subject.” You can check it out here. I am so looking forward to Mclain’s newest book. And in order to properly “read round the subject,” I’ve just ordered Gellhorne’s Travels with Myself and Another, her memoir of some of her travels with Hemingway, the “another” of the title. I obviously intend to spend quite some time down this particular reading rabbit hole.

Now, back to my cookbooks, and the impeding “event.” Maybe I’ll serve an Asian kale salad that I’ve made numerous times before, with barbequed and thinly sliced  pork tenderloin, and Hubby’s fresh asparagus. Or maybe not. We have fresh rhubarb in our garden. Rhubarb crisp is a simple enough dessert. I need to make a shopping list. I need to get organized. There will be no blue soup and marmalade dessert à la Bridget Jones. Hopefully.

In fact, I think I’d better prepare everything for the luncheon the day before. That way I don’t have to worry about what is burning where, and which dish needs to be braised, basted, turned, or whatever. I can simply swan around topping up glasses and making sparkling conversation.

How about you folks? Any entertaining disasters you might like to share? Maybe you prepared a lovely dinner for guests, including your principal, one year early in your marriage, and when you opened the fridge to retrieve the salad, it slid out, paused in mid-air (no lie) and then flipped upside down. Salad on the floor, bowl on top, me flapping hands, and Hubby saying quietly, “We’ll just scoop this all back in the bowl and no one will know.” He’s so calm in the face of disaster. 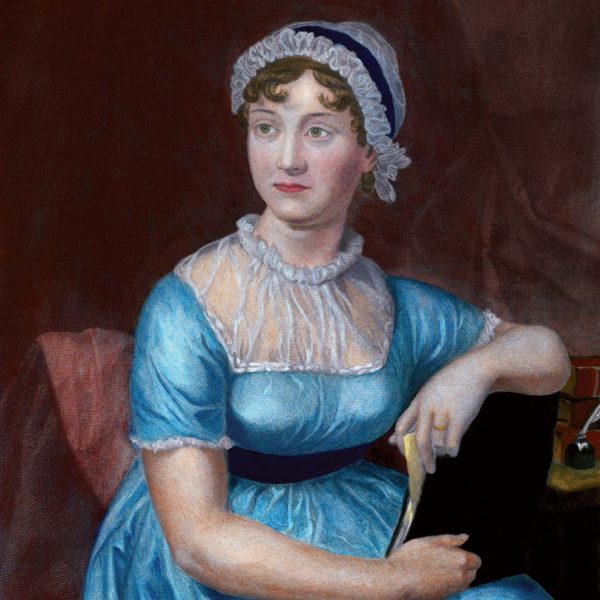 This week I am rereading Jane Austen. Which means I can revel in the book and not worry if the characters will find happiness. Or not. 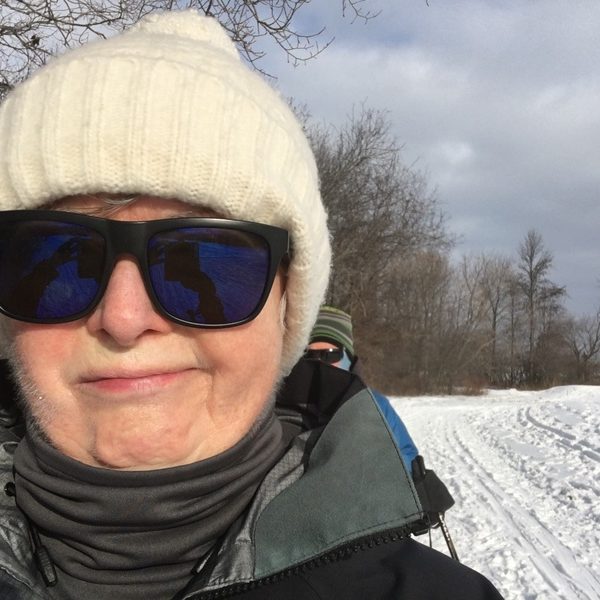 We’re in for a hard winter this year. Not in the old way. Not because the temperature will drop to -30° C. But in a new way because of COVID.

Oh yeah. Winter is coming whether we want to admit it or not. And every …