When Do Two Become One?

I’ve been reading an amazing book this week. Olive Kitteridge by Elizabeth Strout. Strout is a beautiful writer, so skilful with words and images. Her work puts me in mind of Alice Munro, and of another Canadian writer, David Adams Richards. I love how all three of these writers make me feel as if I’m crawling right inside the lives of their characters. Characters who are not obvious heroes, who are not necessarily beautiful or exciting, but who are living ordinary, often difficult, lives with dignity and honour.

Yesterday, I plunked myself down amidst the muddle and mess of our renovations to have a cup of tea and a short read. I was struck by a scene in Olive Kitteridge where Olive’s son, Christopher, gets married to a woman he’s known for only six weeks. During the ceremony, Olive feels a sense of disquiet, of fear for her son. Of course she wants him to find happiness, to not be lonely, but still, she’s wary of her new daughter-in-law, and worries “at the way the bride was smiling up at Christopher, as though she actually knew him. Because did she know what he looked like in first grade when he had a nosebleed in Miss Lampley’s class? Did she see him when he was a pale, slightly pudgy child, his skin broken out in hives because he was afraid to take a spelling test? No….”

This scene had me musing all afternoon. As Hubby and I worked to put our house to rights, I thought about marriage. About that old cliché of two becoming one. About the idea and the reality of matrimony, holy or otherwise. How two people who probably, as Olive points out, know little about each other commit to each other for life. Supposedly. And how the marriage ceremony itself does little to unify a couple, to make two people become one.

That scene in Olive Kitteridge had me thinking the rest of the day about my own marriage. How well Hubby and I thought we knew each other when we got married, after having dated for a year, and lived together for another three. How much we’ve discovered about each other in the almost twenty-nine years since then. And what has made us more unified as a couple, what has helped us to become if not exactly “one,” then certainly more “one” than we were on our wedding day. Ha.

First, let’s be perfectly clear; I’m not an expert on relationships, not at all. And I’m not advising anyone on anything. Heaven forbid. In fact, the older I get the more I realize that I’m not that much of an expert on my own relationships. But maybe NOT being an expert is a good thing, or at least not thinking I’m an expert, that I have all the answers. Most of my life I’ve felt like I’m in that scene out of the old adventure movie Raiders of the Lost Arc, the one where Indiana Jones tells Marion that he’s making it up as he goes along.

Because that’s what marriage is, to me at least. An adventure where we have to figure things out on the fly, make it up, so to speak, as we go along. And looking back it’s the moments where boulders were bearing down upon us, where we had to commandeer a truck and take off after a passel of Nazis, figuratively speaking of course, which helped us to move forward in our relationship. We faced adversity, figured things out together, and were stronger as a couple as a result.

Hubby and I have not had to face the kinds of challenges that some of our family and friends have faced, that’s for sure. I know that some challenges are so devastating they can break up a relationship, rather than make it stronger. But still, we’ve weathered loss, and illness, and other stressful situations together. And we’ve learned about ourselves and each other, what to do, and what not to do, in order to best support each other.

Like how I learned that nursing is not my forté when Hubby had his heart and his shoulder operations. And that he doesn’t like to be coddled. Conversely, he’s learned that coddling is the way to my heart of hearts. And so when he’s sick I leave him alone, and when I’m sick he panders to me. When we were in New Zealand a few years ago, I had a killer cold: sore throat, couldn’t talk, felt like death. I woke up in our motel room to find that he’d been to the grocery store and bought oatmeal to make me porridge for breakfast, plus fresh lemon for tea, and chicken noodle soup for lunch. Then he “loaded me into the car” (as he tells it) and we set off for our next destination. We had our camp stove with us, and at noon, he pulled off the road beside a farmer’s field, and made me soup and tea for lunch, while I slept on a blanket in the sunshine. We don’t have any pictures of me looking dreadful that day in New Zealand, but the shot above is of me not feeling too swift the day we tried to hike up Mount Kosciuszko in Australia. Clearly I had not come prepared for the temperatures or the wind chill.

Travel has been a great relationship coach for us over the years. When it’s just us, together in a strange place, well, we have no option but to rely on each other. And we have been in some strange places. We still laugh about the night on another Australia trip when we stayed in the worst hotel ever. We’d booked a room through a tourist information site a few hours away, where the lady agreed that a night in a classic Aussie pub, in a small town in the middle of Western Australia, would be great fun. And from the pictures, it seemed the Goomalling Tavern with its shady second story wrap-around balcony was a classic, just what we were looking for. Ha.

By the time we arrived, had a friendly pint with the proprietor and a few of the locals in the bar, and were shown our room, we were too tired to say…”Uh… you’ve got  to be kidding.” At first glance, it didn’t look all that bad. Until we returned after supper, and I discovered when I pulled apart the curtains that the window in the room was boarded up, that behind my bed were cobwebs and dirt that looked years old. There was no way I was getting under those blankets. I slept on top of the coverlet, with my coat thrown over me, and my socks on. I won’t bother to go into detail about the shower down the hall, which we did not use, or the room with the toilet that looked as if it might actually fall off the back of the building.
That’s supposed to be the exit to the balcony, above, where we hoped we might sit with our wine after dinner. Ha. Faint hope there, folks. The balcony was closed, unsafe, we were told. Well, the sign says it all. Once darkness fell, we imagined we were in that old Eagles’ song. You know, the one that says “you can check out any time you like, but you can never leave?”
Of course there is an upside here. I earned major brownie points for my very mature and flexible behaviour that night. Hubby still says, “I can’t believe that you agreed to stay.” But, he’d been doing all of the driving, we had been on the road for many hours before we arrived at Hell Hole Hotel (as I called it,) and driving around in the dark, exhausted, looking for somewhere else to stay was just not on. I didn’t tell him for months, though, that I kind of wanted to smother him as I lay there sleepless, in the dark, trying not to touch anything, listening to him snore.
I didn’t smother him, as you might have guessed. And I’m sure we stayed in a much more salubrious accommodation the next night. I seem to recall a lovely cabin in a caravan park on the coast.  It’s funny that this single night at this ghastly hotel is one of our favourite stories. “Remember that night in Goomalling?” he’ll ask. “You mean Hell Hole Hotel in Gruesome Goomalling?” I reply. “Was it THAT bad?” he’ll say. “Yes,” I always say, “Yes, it was.” And we chortle.
As I said, I’m no expert on relationships, not even on those in my own life. But you get my point. That adversities, even small ones, tackled together can forge or strengthen a bond. Create a more unified structure to any marriage. Not sure that structure is the word I want here, but we were talking about hotels.
And I do know that the day of our wedding Hubby and I thought we knew much more about each other than we did. But that’s the way with everyone, I imagine.
I will also say that over the years, tackling adversity together, not all of it as funny as our night at Hell Hole Hotel, our marriage has been a lot like an Indiana Jones movie. We’ve had to make it up as we went along. Except without the Nazis and the boulders.
Ha. Hopefully without the boulders.

So how about you my friends? Where do you stand on that old cliché about two becoming one? Have you had to dodge any boulders, or chase any Nazis, metaphorically speaking of course, in your relationships? 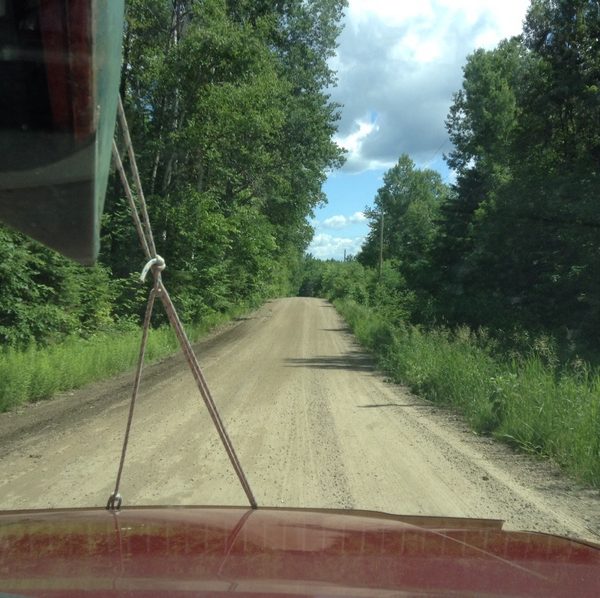 This week we’re travelling. Camping in the Ottawa Valley. And as we sit by the campfire we’ll be waxing nostalgic about other trips we’ve taken. 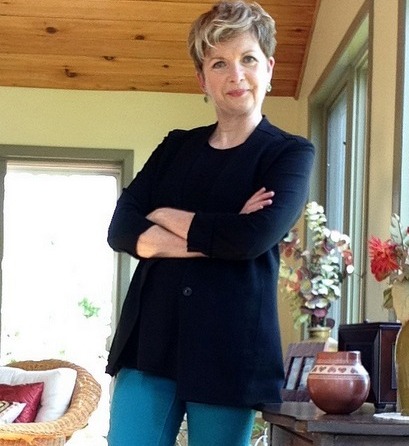 In Praise of Slow Fashion

Contrary to appearances, shopping is not my favourite activity in life. I know that many … 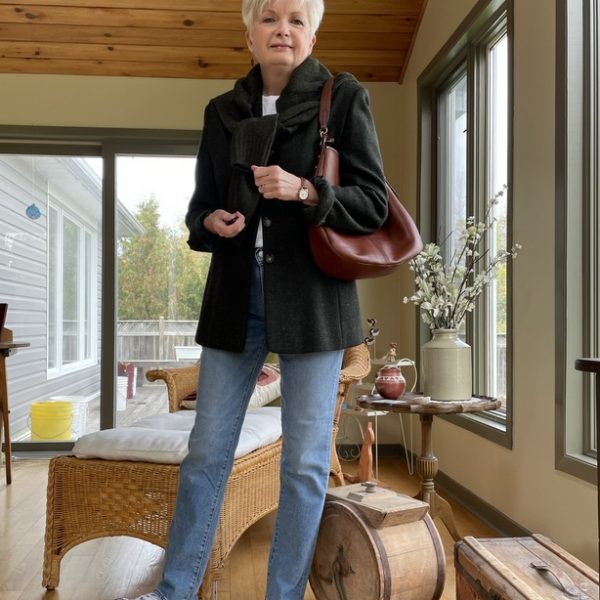 I’m loving these weeks of crisp, sunny fall days. Great for wearing blazers as outwear. I call it the brief and wonderful fall blazer window.

37 thoughts on “When Do Two Become One?”