I’ve been meaning to write this post for ages. Ever since Hubby suggested it. Because food is such an important part of our lives, and always has been. When Hubby and I first met, I used to laugh that we spent most of our dates deciding what to eat, preparing it, eating it, and then talking about it. When we weren’t skiing or canoeing those first months together, we were eating. At least that’s the way it seemed.
We’ve always eaten what we thought was a healthy diet, exercised regularly, didn’t smoke. And despite all that Hubby was still diagnosed with heart disease in 2013. That was a huge shocker. And not just for us. Hubby’s hockey buddies who knew how hard he worked on his fitness were flabbergasted. Even our doctor was blown away. But there it was. He had open-heart surgery in March 2013, and we set about trying to figure out how we could change our lifestyle to mitigate against his ever having to go through that again.

I’m not going to go into too much detail here, but one thing we did during Hubby’s months of recovery was attend a really helpful seminar on healthy eating at the Ottawa Heart Institute. The dietitian was excellent. Very knowledgeable. And sensible. She was up to date on all the latest research and even on the latest diet books, Wheat Belly being very big that year. She ably responded to questions regarding new developments in science, and debunked some of the pseudo-science too. She helped us enormously. She helped me to stress less, to research less, and to make some sensible decisions. At Hubby’s suggestion, when we got home, we shared what we took away from the seminar, and made a list of ten things on which we would focus.

Most notably we focused on eating fruit or vegetables with every meal. We’ve always eaten a lot of vegetables. I grew up on a farm; meat, potatoes, and two veg was the norm for suppers at our house. But Hubby and I now focus on smaller portions of meat, we eat mainly white meat or fish, and we’ve tried to increase the portion of our plate taken up by vegetables. It’s not hard to do. For a while we measured our vegetable servings to see if we had eaten 5-7 daily servings. A cup of raw vegetables or a half cup of cooked comprises a serving. Now, it’s become intuitive.

We cut out processed foods. Not that we ate much processed food anyway, but Hubby did like his canned soup and the occasional lunch of Kraft Dinner. And no more luncheon meats for sandwiches. We tried harder to eat only “good fats.” And we focused on salt. We try to use mostly frozen tomatoes from our garden, but they don’t last all year, so now we purchase only “no salt added” tomatoes. And only “no salt added” chicken broth, or beef broth for cooking. Hubby measured out into a small bowl his recommended daily limit of 1500 mg. of salt for heart patients. Then he sprinkled salt from the bowl on his meal or in his cooking each day to see if he was under the limit. He always was, so we stopped worrying about that.

Sometimes we supplement our vegetable intake with what Hubby has foraged. Seriously, in a previous life, I’m sure he was a hunter-gatherer, mostly a gatherer. He loves to harvest wild edibles. Meadow mushrooms, wild garlic, fiddleheads in the spring (see below), and wild asparagus. He has several routes he travels on his way home from country golf courses in the spring which take him past his favourite asparagus spots. We eat a lot of asparagus in June. Good thing we both love it.

Changing our eating habits has been a journey, really. And lucky for us it’s one we’ve both enjoyed. We’ve tried new dishes, searched the internet for different ideas, and adapted old favourites to cut down salt, use less meat, and increase vegetable content. Sometimes we’ve eaten dishes in restaurants or purchased things we’ve tried to replicate. I love the Asian Kale salad at Farm Boy, so we found a great recipe on the internet and now it’s a summer staple for us. Same with tabbouleh.

Hubby has always made homemade soup. But now he eats it exclusively, no more cans. And has tinkered to use almost no salt, more herbs, and just about every vegetable imaginable. Last winter he experimented with mulligatawny soup and vichyssoise.

Thanks to a good friend who is a wonderful cook, I’ve discovered the joys of specialty oils and vinegars. My favourite salad dressing is one tablespoon of cranberry pear balsamic vinegar, combined with two of Persian lime olive oil. Yum.

I’ve made my own pasta for many years, and lately we’ve tried to replicate some dishes we’ve eaten in our travels. When we were in Charleston in 2016 we had a fabulous pasta dish at a bistro near our accommodation in Mount Pleasant.

The pasta was delicious and the menu one of those that conveniently lists all the ingredients in the dish: shrimp, grape tomatoes, arugula, onions, lemon zest. I asked the waitress if there was anything else I should know about how to make the dish, and the chef generously responded with comments about a splash of white wine, a dollop of butter, and the order in which to cook the tomatoes, shrimp and arugula. So now we make it for ourselves at home. We’ve even experimented with a heart healthier version of the shrimp and grits dinner Hubby had at the Old Post House Restaurant in Charleston. We have had this several times, minus the ham, and the butter, and cream. We’re currently trying to find on-line some version of the wonderful vegetarian dishes I ate recently at the Acorn Vegetarian Kitchen in Bath.

We do our best to eat healthy most of the time. We are not experts by any means. And we found that we were turned off by so many books on how to eat a healthy diet, all making dire predictions, and then offering the one solution. The dietitian at the Ottawa Heart Institute helped us be more sensible about everything. She said, if we eat healthy meals 80% of the time, we can afford to treat ourselves sometimes. I think we actually eat very healthy meals more than 80% of the time, so when I’m out with friends I still indulge in steak and frites. And the occasional sticky toffee pudding with ice cream. Hubby is more cautious than me, but then he has more reason to be cautious. Making the right choices about food makes him feel confident that he’s doing everything he can to mitigate the chances of having another heart blockage. And really, that’s all we can do, eh? Just whatever we can.

As I said, it’s been a journey. And it’s all about the journey, isn’t it? Hubby’s blood work over the past few years has been so good, that he’s been able to decrease some of the medication he had to take post surgery. So that’s great. And I’ve benefited too. Or at least my yearly check-up tells me that I have. And it’s been fun. What we eat is a collaboration. Mostly.

Except… well… this time of year… when the weather outside is frightful, but what happens in our house is delightful. At least to me. When there’s no golfing, or skiing… Hubby gets bored and takes over the cooking entirely. I just have to act as consultant. And of course, taste tester.

Ha. It’s a tough job. But I’m ready for the challenge.

By the way. I’m not a “food stylist” in any way. These shots are of my plate, just before we’ve tucked in… so to speak.

Now, how about you, folks? Have you ever had to change your lifestyle, or your diet? Hubby and I like lists and rules that applied over many months become habits. But what works for you? 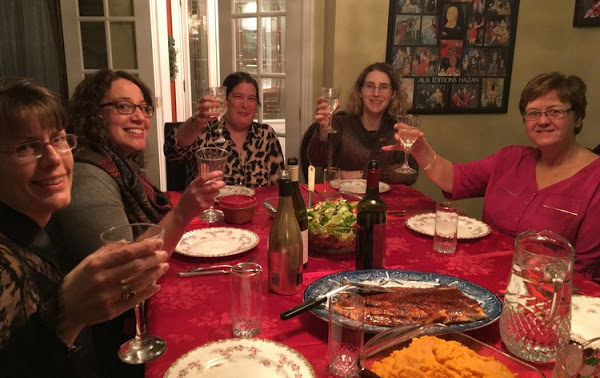 It’s been party central around here lately, folks. Probably the same where you are. Festive … 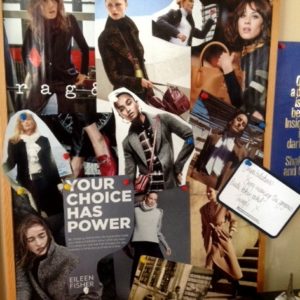 What To Wear When You Don’t Have Time To Wait for Inspiration.

What should I wear, today? What, what, what? Sigh. How many times have I stared … 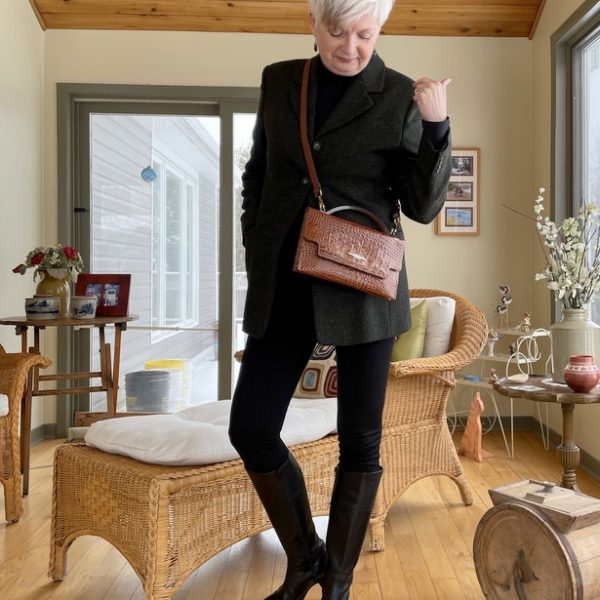 I’m doing my splurge research, my friends. Planning to buy a new bag. Once I review what I own. And decide what I want. Hence the “Bag Edit.”

PrevPrevious storyWrapping Up England: Peaks, Valleys, and Friendship
Next storyBack to the Eighties: My Perfect Sweats.Next

43 thoughts on “Our Healthy Eating Journey”