Only two more months and my friend and I will be winging our way to England. We’re trying hard not to be excited. Not yet. There’s too much planning to do before we lean back, take a sip of tea, sigh, and allow ourselves to dream of actually being there.
I’m a total Anglophile. I love England. English food. English tea. English television. English literature. And in particular English (or Scottish or Irish) crime fiction. I’ve been to England twice. Once to London with three girlfriends on our March Break in 2000, and once with Hubby to northern England and Scotland in the summer of 2005.
This is Hubby’s shot of me on our first day in Yorkshire in 2005. I was giddy with excitement. “Look,” I said, “a stone farmhouse, with a stone barn, and stone fences. Better stop and take a picture. We might not see anything like this again.” Ha. If you’ve ever been to Yorkshire, you’ll laugh at that. We saw more stone fences than we could shake a stick at. And we loved them all.

Our first stop was the village of Haworth. Home of the Bronté sisters. That’s Hubby in the phone box below. As you can tell from his attire, we’d arrived in pouring rain and wind. But with our trusty Gortex jackets and pants, we didn’t let a little weather stop us. He strolled the town while I worshiped at the Bronté Parsonage Museum. The dress belonging to Charlotte Bronté made me cry; it was so very tiny. Hubby just rolled his eyes when I told him. Sometimes I think it must be hard to be married to an English teacher.

We both loved the town of Whitby, in North Yorkshire. Reginald Hill frequently used Whitby as a setting in his Daziel and Pascoe novels. Hill is perhaps my favourite mystery writer; both Hubby and I were bereft when he died in 2012. That’s the famous whale bone arch, on the West Cliff of Whitby below. You can see the old abbey across the way and, leading up to it, the ninety-nine steps which feature so strongly in Bram Stoker’s Dracula. A.S. Byatt set her wonderful novel Possession: A Romance in Whitby. I could go on, but I won’t. Whitby has a rich literary heritage, and great fish and chips as well. In fact, for the size and population of Yorkshire, there seem to be a ton of fictional murders there. I found this interesting article exploring the plethora of writers who set their crime novels in Yorkshire, including Reginald Hill and Peter Robinson.

Hubby and I love English television too. And we couldn’t be in Yorkshire and not visit Goathland, the setting for the Heartbeat series which we’d been watching faithfully for so many years. Bernie Scripps may be a fictional character, but his garage and funeral parlour exist. And the Aidensfield Arms does too, except it’s called the Goathland Hotel. We had a pint there, along with all the other Heartbeat fans. I know, the place is a total tourist trap, but it’s a charming tourist trap.

So, yeah, I’m a little excited about our trip in October. But I’m trying to stay focused on the planning, not the dreaming, at this point. And planning is my passion, as you may already know. We’ve been very organized. First we brainstormed for places we wanted to see. London and Bath were top of my list. Then we met for lunch and looked at possible timelines for the trip. We knew we wanted to be away for about two weeks, but how might we divide up that time? Three days here, and four days there, kind of thing. We then decided what needed to be done in what order. And who would do what. And we gave ourselves a ballpark date for our next meeting, so we could compare notes and decide on next steps. These are some of my planning notes below.

Based on Hubby’s and my problems with planning our South America trip, my friend and I were careful to make sure everything we wanted to do was doable, when we wanted to do it. For our South America trip, Hubby and I made a calendar of when we would be where, but then we had to change everything around due to the difficulty of making one air connection. Thank goodness we decided to book that complicated flight first. Ironically, that’s the flight we almost missed because we were locked out of our hotel, and locked in the courtyard, while the taxi to take us to the airport idled in the street. Ha. I’m smiling as I think of that night. You can read about it here, if you haven’t already.

We had initially planned to go to England in September, but decided to move the trip to October. That way we could avoid the huge crowds that would no doubt be in Bath for the Jane Austen Festival. I love Jane Austen, but in a crowd of hundreds of true devotees, all decked out in Regency dress… maybe not so much. Although I must say that the event dubbed “Rummaging Through the Reticule” does have me intrigued. My first planning job was to check out airfare costs, look at rail tickets and passes, and research how best to get to where we wanted to go. Meanwhile my friend focused on London accommodation, a big job in itself. She sent me short lists, tried to make bookings, and sent me more short lists. Then once we had booked our London hotel, I booked the air flights, and purchased our rail passes. I researched and booked accommodation in Bath, and she did the same for Eastbourne.

We changed our trip itinerary again this week. Based on suggestions made in the comments of a previous post, information in helpful e-mails from Rosie who reads this blog, and ideas from an old friend with whom I had lunch this week… we’ve decided to jettison our plans to stay in the Cotswolds. Small villages and the surrounding countryside are so much more accessible if one rents a car. But neither of us is confident driving on the “wrong” side of the road, not to mention navigating a roundabout on the left side of the road, while steering from the right side of the car. Plus, piloting a right-hand drive vehicle, makes me nauseated. Really. It’s the weird feeling I get when I look in the rear view mirror, which seems in the wrong place, and makes everything feel backwards. Add to that my current issues with vertigo, and one can only imagine the potential disasters. So, nope, not happening. That said, we’ve decided to take Sue’s advice and book a one-day bus tour out of Bath to see at least some of the Cotswolds. Then we’ll move on from Bath to Stratford. Stratford. One former English teacher, one former editor, both book nerds, what could we possibly find to do there, I wonder?

And after Stratford, we’re going to Derbyshire. And Chatsworth, home of the Duke of Devonshire, son of Deborah, the late Dowager Duchess of Devonshire, who was the youngest Mitford sister. You can read about Debo here. Oh my, I am so looking forward to finally seeing Chatsworth. I mean, given my obsession with all things Mitford. I’ve read two of Deborah Devonshire’s books, several biographies of one Mitford sister or another, not to mention Nancy Mitford’s novels. Let’s just say that on top of being an Anglophile, I’m a raging Mitford-phile.

This is me, below, in London, in March 2000. While the other ladies set off one morning to see the Tower of London and Saint Paul’s Cathedral, my one friend and I strolled around Bloomsbury. Imagining life in the early twentieth century. Gawking at Gordon Square where Virginia Woolfe lived and where the Bloomsbury Group began. I look kind of smug, don’t I? I’m wearing my favourite (at the time) Max Mara blazer. By the way, Dottoressa, who reads this blog, says that Max Mara is much more reasonably priced in the UK. Hmmm.

So, we’re about halfway through booking everything for our trip. But it hasn’t been all smooth sailing. We panicked a bit when we had trouble finding a suitable hotel in London. Then I had challenges booking our rail passes on-line with Brit Rail. Well, actually with their vendor, and my credit card, and getting kicked off the site, and trying again. Four times. And after two phone calls to MasterCard, and one very long one to the Brit Rail vendor, I finally straightened out the fact that I wanted to purchase two tickets…. not two tickets four times. I tell you, I nearly had a heart attack when, after I received my confirmation of purchase, I checked on-line and saw that I had been charged four times. Technology is not always our friend, people.

And after the booking is done. We’ll have more reading to do. About what we might get up to in each place, which plays we want to see in London. Maybe even where we might want to shop. That kind of stuff.

And then. Then it will be time to get excited. And to dream that we’re actually there. At least for a while. Then the outfit planning will start.

Sigh. And that’s the very best kind of planning.

What about you, my friends. How do you go about planning a trip? 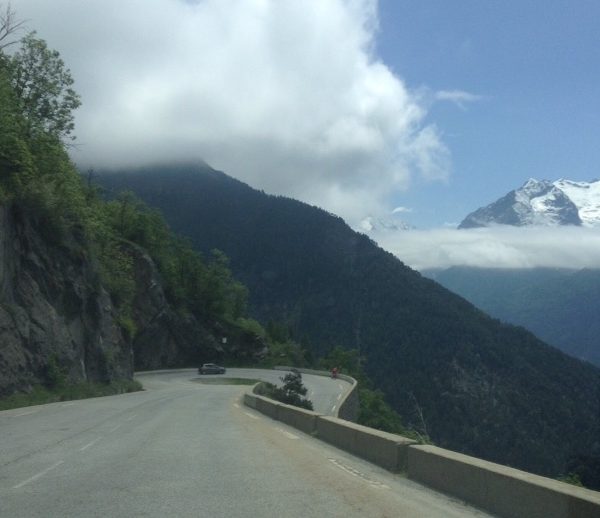 New And Improved: Fashioning My New Self in Retirement

Last week I wrote a post about aging, and where I fit on what I … 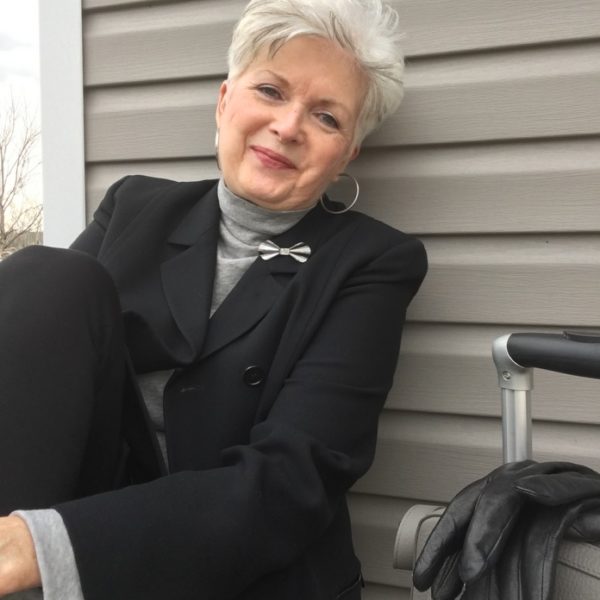 Weekend in Paris, Anyone?

I’m planning another fictional High Heels in the Wilderness event. An escape from all our cares. Are you up for a getaway weekend in Paris? 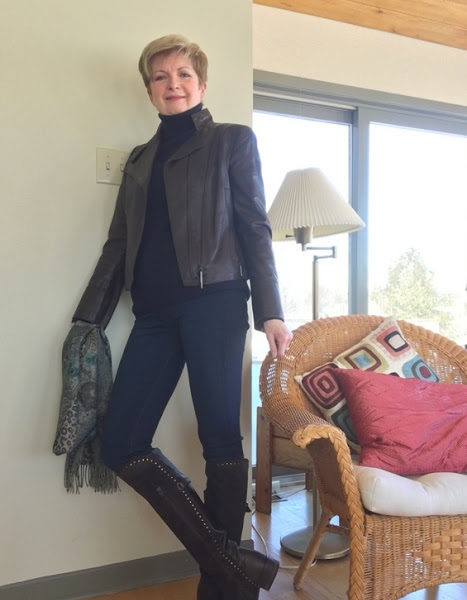 When Is It Time to Say Good-Bye to Your Clothes?

When you do a seasonal closet cull, how do you know what to keep and what to get rid of? When is it time to say good-bye to your clothes?

68 thoughts on “Planning for England.”