Elephant in the Room: On Working Hard

I listened to an interesting podcast on CBC radio the other day. One that started me thinking about hard work, and about blogging, among other things.

“Seat at the Table” is a new series hosted by Isabelle Racicot, a well known television and radio host in Quebec, and Martine St-Victor, a communications expert, specializing in pop culture and politics, who runs her own PR firm in Montreal. In the segment of their show called Elephant in the Room, Racicot and St-Victor explore the idea that very successful women can make the rest of us feel bad about ourselves. About our choice to work hard. That the exhortations of uber-successful women on how we should be successful, happy, and healthy, and at the same time live more balanced lives, sometimes make other women feel guilty, unworthy, or unhappy with their own choices. And that this is particularly frustrating when these “helpful” exhortations are patently unrealistic. Or sometimes even hypocritical.

Racicot and St-Victor call out successful women like Arianna Huffington and Sheryl Sandberg who have both written and spoken on how to be successful and, at the same time, have more “balance” in our lives. Whether that means getting enough sleep like Huffington, or leaving the office every day at 5:30 like Sandberg. I chuckled as I listened to the clip from Arianna Huffington’s Ted Talk on the importance of sleep because I used that same Ted Talk in a post I wrote about sleep a while ago. And, like Racicot and St-Victor, I noticed that, oddly enough, Huffington pitches sleep as a “feminist issue.” As I said in my post, Huffington’s Ted Talk was presented at a women’s conference, so I guess she felt she had to spin the issue that way. Still, it seemed a bit like pandering to me. But never mind.

Racicot and St-Victor question whether these very wealthy, very successful women would have taken their own advice back before they were successful. And if they had had more work-life balance back then, would they have achieved as much as they have. Huffington’s Ted Talk answers at least one of those questions; she says that it was only when she was severely sleep deprived, and fell asleep at work a few years ago, injuring herself, that she began to question her work ethic. In an article I read about Sandberg, she says she’s been leaving the office at 5:30 since she first had children, so I’m not sure that their criticism of her is fair. But I guess where Racicot and St-Victor are going with all this is that the well-meaning advice of successful women can make us feel guilty… for working hard. I should say that they both express admiration for Huffington and Sandberg. But they also express frustration with being told to “do as I say, and not as I did then.”

Finally, Racicot and St-Victor talk about Indra Nooyi, CEO of PepsiCo. In an interview at the Aspen Ideas Festival in 2014, Nooyi is refreshingly honest and witty in her discussion of how hard it is to work and raise a family. You can hear the whole interview with Indra Nooyi here if you’re interested. After jokingly making reference to an interview in which self-help guru, actress, and super-mom Gwyneth Paltrow tells Conan O’Brien that she would “rather die than let [her] kid eat Cup-a-Soup,” St-Victor and Racicot exhort their listeners: “don’t be a Gwyneth, be an Indra.” They stress that most working women do not have the luxury of being able to make the kinds of choices suggested by wealthy and privileged women like Arianna Huffington, Sheryl Sandberg, and even Gwyneth Paltrow. But that’s a whole issue in itself, isn’t it? Still, despite all the celebrity advice out there Racicot and St-Vistor say they refuse to feel bad about loving their work, and working hard at their jobs.

So what the heck is my point in all this? Well. Kind of the same as Racicot and St-Victor’s… at least partly. And it constitutes only a small part of the whole issue of work. That maybe working hard is getting a bad rap these days. We’re all busy telling each other not to be so busy, not to make work our whole lives, not to work so hard that we have nothing but work in our lives… all of which I agree with. I think that work-life balance is very important. But it also seems we’ve lost the idea that hard work has its own benefits. Beyond climbing the corporate ladder. Beyond getting a pay raise to allow for the bigger house, the new car each year, the fancier vacation, whatever. We seem to have lost the idea that there is inherent value in doing a job as well as you can. No matter what that job may be.

After all, hard work can have its own rewards, can’t it? I think of how hard my step-father worked on the farm. The logs he cut, milled, sawed, and made into barns, or animal pens, or hay wagons, or even cupboards for our kitchen. The land he cleared for pasture, or the soil he tilled for the vegetable gardens, the acres and acres of potatoes, and strawberries, and vegetables he planted. So much food we ended up giving much of it away. He didn’t make his living from farming; he always had another job. So what did he gain from all that extra work? Besides feeding his family or selling a few cattle or a couple of loads of pulp wood? Peace of mind, maybe. The satisfaction of carrying on a life he loved. Seriously, he didn’t need to keep two old Clydesdales, hitch them to his sled each winter, and go to the woods to cut logs. But he was never as happy as when he was doing that. And nobody said he should worry about his work-life balance. Because it was work he loved and which sustained him.

And this week I started thinking about all of this with respect to blogging. Because now that I’m retired, and I’m no longer ‘gainfully’ employed, blogging has become my job. I mean, I don’t make money from my blog. But it’s more than just a “hobby” to me. And doing it as well as I can is important to me. How hypocritical would it be of me to spend all those years pushing kids to do their best, asking them to read, research, write, rewrite, and rewrite again, if I simply turned around and did the opposite? And what I gain from all my hard work is satisfaction. The opportunity to have a voice, have my say, so to speak. Plus, the chance to use my time and my abilities to do something I love. And if what I want to say is important to me, why would I not work hard to do it justice?

The other day I read a post on one of those “big blogs,” one with all kinds of advertising and tons of subscribers. And the post really missed an opportunity, I thought, to do something of value. Instead of being flippant, and not a little insulting to a whole segment of the female population, they could have chosen to show some empathy, to do some groundwork, and use their platform to inform or educate as well as to sell swimsuits, or jeans or shoes. I thought that with a little more hard work, and a few more hours of effort they could have written something really interesting. And worthwhile. And still probably sold lots of swimsuits, or whatever.

Don’t get me wrong. I don’t think that it’s a bad thing for bloggers, or anybody doing any job, to be fairly remunerated for their hard work. That would be silly. I think people should be paid a living wage so young parents don’t have to work three part-time jobs to make ends meet. And I regularly read and enjoy many excellent blogs which make money for the blogger. I look at a couple of these women bloggers as role models, and aspire to be as good as they are some day.

I know that being paid for our work is society’s preferred way of saying that our work has value. But I’m saying that money is not the only compensation that makes our work worthwhile. That’s the “elephant in the room” for me. When I was still teaching, I didn’t make more salary if I worked harder, designed more creative lessons, or stayed up later researching a new idea. But I sure felt more satisfaction if I knew that I had done my very best for the kids.

So… should the blogger on the “big blog” I mentioned above have spent a few more hours, working harder to write a more worthwhile post which would probably not have garnered any more sales than the flippant one? I think so. Because if something is worth doing, isn’t it worth doing well?

Gad. What a Pollanna I am.

Enough with all this serious stuff. I’m off to visit my buddy Liz at Nordstrom in a couple of days. Who wants to talk shopping?

P.S. I’m adding these few thoughts after I read Ramona’s comment below. I tossed and turned last night after I hit publish on this post. Knowing that some readers would think I was missing the point. But that’s because there are so many points in this issue to explore. I really believe in a fair wage for quality work. I also understand that so many of us do not have the luxury of angsting about whether our work is satisfying enough. As a single parent of four kids my mum worked two jobs when we were kids, before she married my stepfather and we moved to the farm. She couldn’t quibble about work-life balance. She didn’t have time. 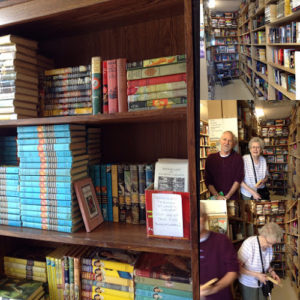 Hubby and I are back in the old ‘hood this week. Downeast. Staying with my … 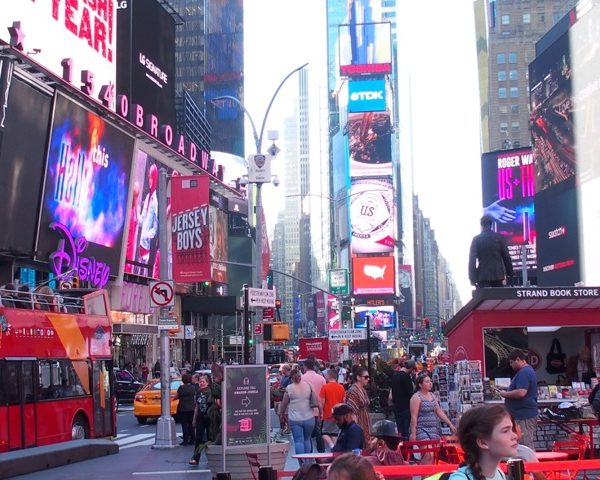 How to Dress Like a Canadian Visiting New York

Last year when Hubby and I were planning our trip to …

39 thoughts on “Elephant in the Room: On Working Hard”