I read an interesting post over at Man Repeller the other day, in which Leandra Medine asks the question: What Happens When Getting Dressed is No Longer Fun?

I know, I know. I swore off Man Repeller a few months ago because I was offended by their article associating retirees with “baggy pants and pastels and slippers.” I was in such a snit that I wrote a whole post in response, describing how the internet makes me crazy in so many ways. But lately I’ve been drifting back to the blog. I think the young women who post there are talented: bright, witty, and really good writers. And even though I’m definitely NOT in their target age demographic, I still like many of the articles. Reading them makes me feel as if I were still teaching, as if I’ve just stumbled into a conversation with several female students breathlessly talking prom dresses, or new shoes, or career plans. I used to love those conversations. And I miss them. So I read Man Repeller.

Anyhoo. I was reading Leandra Medine’s post the other day. And it started me thinking about why it is that, at certain times in our lives, getting dressed stops being fun. And then I thought, “I’ll bet getting dressed is no fun for Brigitte Macron these days.”

Catapulted into the international spotlight when her husband became the President of France, Brigitte Macron is now the object of intense international scrutiny. Of course she was scrutinized before he won the election, but now the attention is international, no longer just in France where they are perhaps more sanguine about leaders with controversial personal lives. Much of the attention has focused on their twenty-four year age difference which is, weirdly enough, the same age difference between Donald and Melania Trump. And like so many things on the internet, what I’ve read about the Macrons swings wildly between the ecstatic and the vitriolic.

Brigitte Macron sprang to mind for me because of a post I read last month on Tish Jett’s blog A Femme d’un Certain Age. Tish writes briefly about the dress Mme Macron chose to wear to a function at the NATO conference in Belgium. But the conversation really takes off, as it often does on blogs, in the reader comments. Oh my, Tish’s readers sure had a lot to say about Mme Macron’s dress, her shoes, her posture. And then there were the comparisons with Mrs. Trump’s dress, and posture. Among other things. Phew.

I will say that the group photo of the spouses and partners of the NATO leaders, which prompted the conversation, was a dreadful shot of Brigitte Macron. I didn’t include the photo in my post, but you can see it here if you’re interested. Like many of the readers of Tish’s post, I didn’t much care for Brigitte’s new dress. I agree she does look a bit stooped in the photo, and very uncomfortable. And since I’ve seen many other shots of her looking chic and relaxed and lovely (see above) I can only imagine how chagrined she must be that this one terrible photo has now gone viral. The shot made history, not because of Brigitte Macron, but because it includes Gauthier Destenay the same sex spouse of Xavier Bettel, the Prime Minister of Luxembourg. But still, how devastating to have that terribly unflattering picture be the one by which you are judged by so many strangers.

And I wonder, did all the resulting chatter make Brigitte Macron doubt herself just a little? Did it shake her confidence? Does it make getting dressed in the morning a bit more stressful now? Less fun?

You can say what you will about political spouses… that women should know what they’re getting into when they marry politicians, that they should expect to be the object of scrutiny, learn to weather the scrutiny, learn how to behave and to dress for the part, whatever that part is in the political landscape. But the bashing many female politicians and wives of male politicians take about their looks and their fashion choices is stunning. And usually mean-spirited. And often unfair. Sylvia Bashevkin, a political science professor at the University of Toronto says in this article in McLean’s: “We dissect female politicians and wives of [politicians] in terms of intimate and trivial details– their appearance, how they speak, how they raise children, and treat their spouse– very little about the benefits they might bring to public life, which is how we evaluate male politicians or even male spouses.”

In her article in Chatelaine about Sophie Grégoire Trudeau, the wife of Canadian Prime Minister Justin Trudeau, Rachel Giese says that many times political spouses just can’t win: “Too dutiful, and you’re letting down the sisterhood (see: Hillary baking cookies.) Too outspoken, and you’re a scold (see: Hillary pursuing health care reform.)” Maybe Mrs. Clinton in her former role as the wife of President Bill Clinton is a poor example for Giese to use here. Hillary never looked that comfortable as a politician’s wife to me… being, in my opinion, much more suited to the role of politician herself. Still if, like Hillary, fashion is not your thing, how galling to be judged by what you wear rather than by what you do.

Grégoire Trudeau seems quite comfortable in her public role as wife of the Prime Minister, though. She is relaxed in front of the camera, which is no surprise since she worked in media in Montreal before her marriage to Justin Trudeau. Grégoire Trudeau is also what Linda Trimble, political science professor at the University of Alberta, calls in the McLean’s article, a “pillar of the Trudeau brand.” The Trudeaus being so very skilled in that increasingly common political strategy of “using domestic life to optimize a leader’s identity and appeal.” And I guess, whether we like it or not, part of the appeal of the successful wife of a public figure is how she looks. Like Michelle Obama or Kate Middleton, the Duchess of Cambridge, Sophie Grégoire Trudeau seems to know exactly what to wear to suit her public role. And her exuberant personality. I find she rarely puts a foot wrong, sartorially speaking. She always looks lovely.

Believe me, I say that in full awareness of how deplorably sexist that statement sounds. In my defense, I will add that I think Justin Trudeau is just as concerned with his fashion choices as Sophie. And he never puts a fashion foot wrong either: the famous choice of brown shoes with his blue suit, the strategic sleeve-rolling signalling he’s ready to get down to work, the distressed jeans and tee shirt, and all those colourful socks. Then again, he is his father’s son. I wonder how many of us here in Canada remember Pierre’s cape? And whether you liked Pierre Trudeau’s politics or not… you have to admit that man was seriously cool.

But, getting back to Leandra Medine’s post on Man Repeller. Medine attributes her fashion malaise to a possible identity crisis. That makes sense when you consider that she has always made “a case for style as a litmus test for identity.” She says that not knowing what to wear “feels like writer’s block.” I love that line. When you express yourself through your clothes, not knowing how to dress would most certainly feel like writer’s block.

I can see how an identity crisis would take the fun out of getting dressed in the morning. “What should I look like if I don’t exactly know who I am?”… sort of thing.

And I can’t help but wonder if Sophie Grégoire Trudeau’s fashion choices (and indeed her husband’s too) work so well because she knows who she is, or at least what her very public identity should be. The “Trudeau brand,” so to speak.

I can also see that Brigitte Macron’s new identity as the wife of the President of France will make her fashion choices more difficult, more treacherous… shall we say. She clearly loves clothes and fashion. But I imagine that getting dressed will probably be a lot less fun from now on. Since she will certainly be closely scrutinized to see if she puts a foot wrong. And not only because she is the spouse of a president, but also because she is the older spouse of a much younger man. 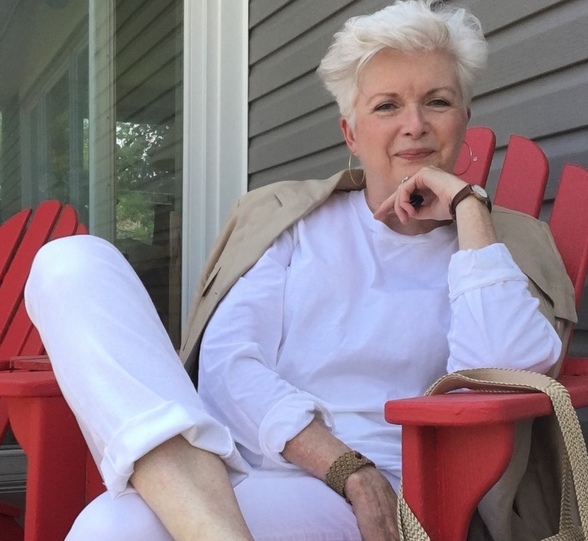 Where do you look for style inspiration? I’ve always found that travel inspires me. But where do I look now that travel is not possible? 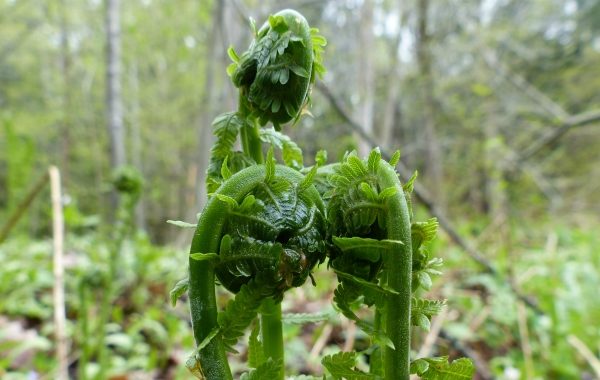 If it’s spring it must be time to harvest wild fiddleheads. I grew up with wild harvests. And Hubby and I carry on that tradition. 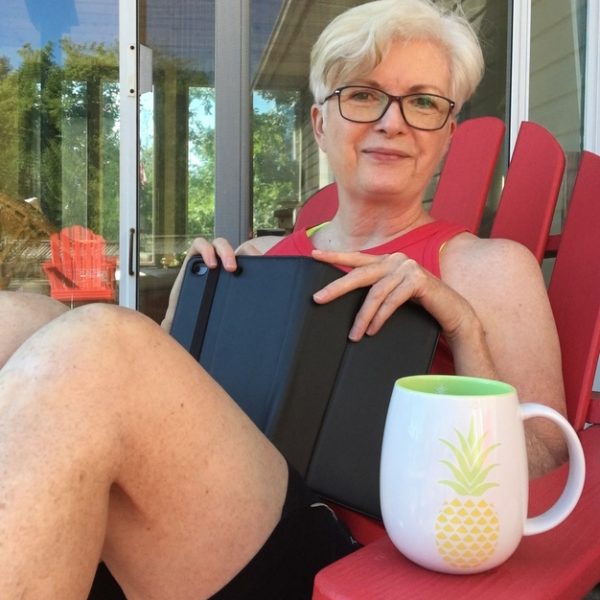 40 thoughts on “When Getting Dressed Stops Being Fun.”