The weather today here is dreadful. Rainy, blowy, cold. Hubby is in the kitchen; the soup assembly-line is in full swing. He likes to “cook big,” as he says. Time to settle down for a good old natter about books, I think.

Last night I finally finished Amor Towles latest novel A Gentleman in Moscow. I do love books about far away lands, books which take me places when I’m just sitting in my armchair. And I certainly loved this book.

Set in post revolutionary Russia, Towles’ novel is the story of Count Alexander Rostov, found guilty by the Soviet “Committee of the People’s Commissariat” for succumbing to “the corruptions of his class” and posing a threat to the people’s revolution. Saved from the firing squad because his famous poem had made him a hero of the “pre-revolutionary cause,” he is sentenced to life under house arrest, the “house” being the beautiful and historic Hotel Metropol in Moscow where he has lived for four years. Summarily exiled from his luxurious suite, and moved to a tiny room at the top of the hotel, furnished with the few possessions that will fit into a garret room, he puts his feet up, toasts his lucky escape with sympathetic members of the staff, and prepares to make the best of his confinement, to “reconcile” himself to his changed circumstances. And for the next thirty two years, he watches as his life and the lives of his friends, as well as the face of his country, and the world change beyond measure.
Below are several shots of the famed Metropol Hotel. Across the street from the Bolshoi Theatre, and within sight of the Kremlin, it sits in the “historic heart” of Moscow. And you can even book a standard double room for a mere $288.00 CAD. I checked.

I savoured this book, my friends. All 462 pages of it. I was not surprised since Towles’ first novel The Rules of Civility was wonderful. Next to style, the most important thing for me in a book is character. I have to love at least some of the characters in a novel, otherwise it just doesn’t work for me. And the characters in A Gentleman in Moscow do not disappoint. They are so well drawn, and endearing, readers come to love almost all of them. Count Alexander himself, wryly humourous, ever the epitome of old world courtesy; the staff of the Metropole (Andrey, Emile, and Marina) who become his good friends; the little girl Nina whom he befriends and who, it turns out, has much to teach him. Even (eventually) the bull-headed Georgian, former colonel in the Red Army, and now “officer of the Party,” Osip Glebnokov, whose job it is to “keep track of certain men of interest.”

Charlotte  Heathcote in her review in the London Express calls A Gentleman in Moscow a “gorgeous comic epic” with an “ingeniously ludicrous plot.” And I agree. The plot is epic. The writing is gorgeous. And you will laugh in places. But the book is not without its pathos. After all, it is set during a violent and disturbing time in history, and characters like Misha, and Nina (as an adult) give the reader glimpses of the horrors visited on the Russian people outside of the walls of the Metropol.

I also agree with Ron Charles in his review in the Washington Post where he says that despite the book’s charm, and the fact that it is an “endearing reminder of the graciousness of real class,” it does have a “potential for glibness.” The plot is sometimes just a bit too ingenious. The Count’s witty repartee, his ability to save any social situation seems at times a bit too slick, to me. And in one or two instances he becomes almost a caricature. But, like Charles, I think it’s Towles’ style and the “slightly ironic” narrator which save the book from slipping into shtick, or gimmickry. That and Towles’ ability to weave a tight plot, to bring back earlier mentioned minor details of plot or description which later give us several “ah ha!” moments. Not to mention his brilliant use of allusion. Especially to the film Casablanca. Trust me if you want to really get the ending of the book, you must watch Casablanca. Sigh. I love that movie.

The other book about faraway lands which I’ve recently read is Edna O’Brien’s wonderful novel The Little Red Chairs. Set in Ireland, and London, and in the Hague, O’Brien’s novel tells the story of Fidelma. Unhappy in her marriage, having failed at business, and longing for a child, for something to give meaning to her life, she meets a mysterious healer who appears one night in her village. She becomes obsessed with this mystic medical man, Vlad, as he calls himself. And her life is devastated by her association with him. And with who (and what) she and the world discover him to be.

In his review in The Independent Cole Moreton calls O’Brien’s latest novel “a masterpiece.” Part “adult fairy tale,” part “report from a war zone,” but throughout “a magical, deadly, wonderful, sickening, enchanting thing.” Exactly so …. wish I’d said that.

The “war zone” Moreton refers to is the Serb siege of Sarajevo which began in April 1992 and lasted for over three years, even longer than the 900-day German siege of Leningrad in WWII. The “little red chairs” of the title refer to the 11,541 chairs, set up as an art installation in the middle of Sarajevo in 2012. Called the Sarajevo Red Line, the chairs commemorate the twentieth anniversary of the Siege of Sarajevo and its 11,541 victims, 643 of whom were children. The character of Vlad in the novel, one time doctor and healer who turns out to be a war criminal, is modelled on the real life “Butcher of Bosnia” Radovan Karadzic.

The Little Red Chairs is a wonderfully Irish book. Lyrical in places. Bitter and violent in others. O’Brien’s prose is uniquely her own. The syntax is at times a bit puzzling, but O’Brien’s style is always clever… and… well, arresting, I guess you could say. According to an article I read, O’Brien was reviled in her homeland in the early days of her career, and her books banned. But these days she is feted and called the “finest writer” in Ireland. As Moreton says, in the “sixties her books were burned”, but she has “risen from the ashes,” so to speak. Not unlike Sarajevo itself. There’s a really interesting interview with O’Brien here, if you’re interested.

Amor Towles’ enchanting novel transports us out of our world. But O’Brien’s is a realistic, and gritty novel, even with the often magical setting, and the mysterious stranger appearing out of the dark Irish night. It teaches us about our world. Here and now. About people scarred by tragedy, mute with suffering, lost in a new and unfamiliar place. It does not have an “ingenious plot” like Towles’ book. It’s much more ragged. Rugged. Raw edged. And for me much more affecting as a result of that raggedness.

In  his review of The Little Red Chairs, Cole Moreton quotes a character from O’Brien’s book: “‘War is a lottery. Count your lucky stars that you are here.'” And Moreton responds: “I did, after reading The Little Red Chairs, a mesmerizing book from a writer at the height of her powers, giving voice to the voiceless.” Me too. After reading O’Brien’s book, I too counted my lucky stars that I am “here.”

I had a hard time writing this post. Two big books about big ideas. Too many sources. Too many ideas. Too much contradictory historical information that had me deleting parts of what I’d already written. But in my research I came across a site with wonderful photographs, taken by London-based photographer Michal Huniewicz during a visit to Sarajevo in 2014. In an e-mail I inquired if I might use them in my post. He graciously consented. “Go for it, ” he said, actually. And told me that in the shot below, the three girls are sitting on a hill overlooking the city of Sarajevo. The hill from which, during the siege, so many snipers took aim at the civilians below. In fact of the three girls pictured, two survived the siege. One “watched her childhood friend killed by a sniper in front of her eyes,” Huniewicz says.

You can have a look at the rest of Huniewicz’s photography here.

So that’s it for me, my friends. I think blogging about big books comprises the new “3 R’s” … reading, ‘riting, and raging. At least this time. I’ve been writing, and it’s been raining, for two solid days. Hubby has chopped, boiled, mixed, cooked, deboned, simmered, stirred, cooled, packaged, and frozen a mess of soup since I’ve been writing this. I had a yummy bowl of homemade chicken soup for lunch today. So it’s not all bad.

Hope you get a chance to read both of these books. They really do make you feel as if you’ve travelled to faraway places even while you’re just sitting in your armchair. Or lolling on the sofa with a cup of tea. And when you do read them, let me know what you think. Let’s have a good old natter about books.

All the books I review are available at Amazon with whom I have an affiliate relationship. If you buy the book by clicking the link, I will earn a small commission.

You can find Amor Towles’ A Gentleman in Moscow here, The Rules of Civility here, and Edna O’Brien’s The Little Red Chairs here. 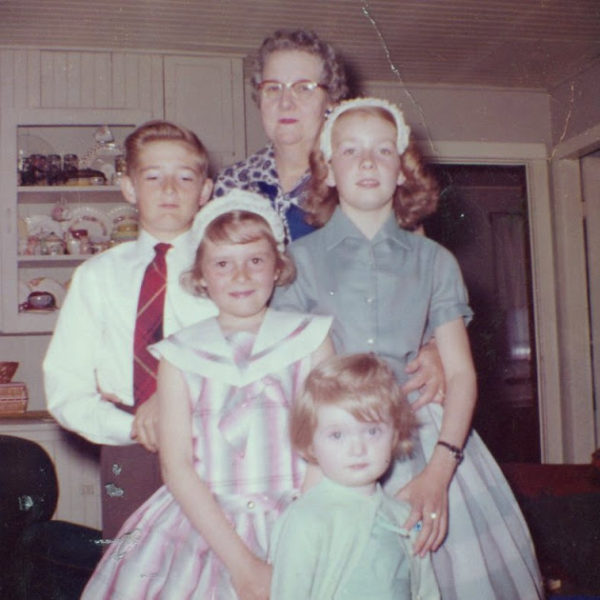 I love to read books about fashion. And this week, I’ve been re-reading, in fits … 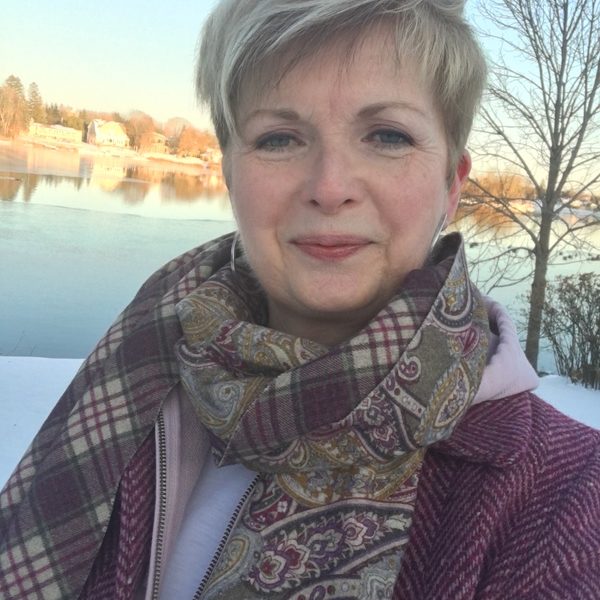 I’m looking for a few outfits to make dressing easy. Outfits that will be easy to haul out of the closet, pull on, and look good. 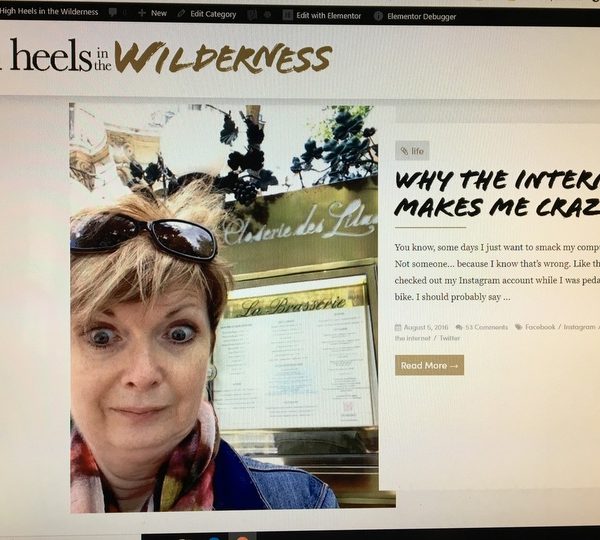 So You Think You Want to Write a Blog, Eh?

So you think you want to write a blog, eh? Be prepared for lots and lots of work. And tons of satisfaction.