Hubby and I love back roads. Ditto dirt roads, paths, trails, chemins when we’re in Quebec. Twisting secondary roads with crumbling pavement, or narrow gravel roads make us feel right at home, no matter where we are. Like the one in northern British Columbia on which we drove 180 km into the tiny village of Telegraph Creek on the Stikine River. Lots of white knuckles on that drive. I wrote about Telegraph Creek a couple of years ago, in this post about our favourite tiny travel destinations.

I guess it’s not surprising, then, that I love books which capture the essence of life in out of the way places. Books about people who live on farms and in small communities at the end of dusty, dirt roads. So when one reader asked in a comment on my last post why I didn’t write more about Canadian books, I started thinking. And since Hubby and I have just returned from our annual July camping trip during which we escaped the crowds by going mid-week in June, and as a result, pretty much had the campsite, the beach, and the back roads to ourselves… I thought I’d write about a few of my best-loved Canadian “back road books.”

Mary Lawson is one of my favourite Canadian writers. Her first book Crow Lake, set mostly outside a small town in northern Ontario, is exactly the kind of book I’m talking about. Lawson tells the story of the Morrison family, of four siblings whose lives are forever changed by tragedy. I adored this book. Mostly because of the characters, the four Morrison kids, and the struggle of the older ones to take care of the younger two. But I also loved it for Lawson’s wonderful depiction of the setting “as beautiful and desolate and remote as the moon.” For perfect scenes like the one in which Bo (the baby of the family) plays with the kitchen pots by taking every single one out of the cupboard, banging it on the floor, murmuring, “Dis one. And dis one. And dis one.” And because I can so empathize with Kate’s inability to express to her older brother Matt just how much she loves him. Oh my… I can surely identify with that. Here’s a review written by Margaret Gunning in January Magazine that says a lot more about Crow Lake a lot better than I can.

Since Crow Lake, Mary Lawson has written two more books. The Other Side of the Bridge, and her latest, Road Ends. Each of them is deeply evocative of life at the end of a dusty, dirt road. And they all deal with the inevitable question facing those who have grown up in such places: should I go, or should I stay? As Marion Botsford Fraser says in her beautifully written review of Road Ends, if you “grow up in northern Ontario, you have only two roads to choose from– the one out, or the one home.” I’d say that this is true for many of us who grew up in small communities across Canada.
This question of leaving home is especially poignant for Canadians who have grown up in Newfoundland where the demise of the fishing industry has for decades caused the death of remote communities where the road in and out was not a road at all. Have a look at this article Newfoundland’s Lost Outports which describes the resettlement of fishing communities beginning in the 1950s.
My favourite Newfoundland writer is Donna Morrissey. And my favourite of her books is Sylvanus Now. Morrissey has been described by the Globe and Mail as a “Newfoundland Thomas Hardy” so don’t expect a light read. But her work is compelling, and her picture of a disappearing life in Newfoundland’s fishing outports is deeply moving. If you’ve never read a book set in Newfoundland, read it just for an understanding of the people and the culture. And for Morrissey’s superb rendering of the landscape. And the dialect. I laughed when I reread bits of the book this morning, remembering when we were in Ireland and a young waitress in a pub said to me,”I hear there’s a place in Canada where they talk just like us.” “Yep,” I answered, “it’s called Newfoundland.” And how when my cousin from St. John’s visited us in Ottawa back in the eighties, Hubby struggled at times to understand her when she spoke.

Donna Morrissey herself is a stereotypical Newfoundlander: straight-talking, warm, lovely, and very funny. I met her once at a Writer’s Festival event. When she signed my book I mentioned that we had the same hairdresser. My hairdresser Carmen moved to Ottawa from Halifax where Morrissey lives, and she used to cut the writer’s hair. At my comment, Morrissey chortled, raised both hands, patted her hair, rolled her eyes, and said that her hair looked “just awful.” Then looking over my shoulder, she asked if maybe I had by chance brought Carmen with me.
I want to tell you about one more book. It’s not about back roads, but rather about small towns. But still deals with the idea of those who leave and those who stay. Clara Callan by Richard B. Wright is a beautiful book. Carol Birch in her review in The Guardian calls it a “quietly profound” novel which depicts the “turbulence beneath the surface calm of small lives in small towns.” The story of two sisters, Clara a spinster school teacher who stays in the stuffy Ontario town where they grew up, and Nora who leaves for the States to become a successful actress, is told through letters and through Clara’s journal.

Hubby bought me this book for Christmas one year. And I remember that Boxing Day was very cold, too cold for me to ski, so Hubby bundled up and went on his own. And I was relieved. Because I could read all day. And when he came back in the late afternoon, I was still ensconced on the sofa next to the Christmas tree, face puffy from weeping, a bit dippy from having been totally immersed in Clara Callan’s world for so many hours. Clara, and her “quiet yet turbulent life,” reminds me of those gently heroic characters in the best Barbara Pym or Anita Brookner novels. I seem to have a thing for fictional spinsters, don’t I?

So that’s it then. Three books I love. Maybe not all about back roads, but certainly about small places. Quintessentially Canadian places, I think. Books which depict the lives of those who chose to stay on the farms, or in the small communities, at the end of dusty back roads. I disagree with the reviewers who say that these novels are merely nostalgia for a “bleak” way of life that is disappearing. I think you can celebrate the courage and strength of those who struggle to survive in remote places without romanticising that life. And isn’t survival in a harsh landscape what much of Canadian fiction is about? Just ask Margaret Atwood.
I grew up in a small place. And I feel at home on back roads and in small towns. As a young adult I couldn’t wait to take the road out, to get away to the city, to embrace the freedom of anonymity, the freedom to become whoever I wanted to be. And I don’t regret making the decision to leave. But I still love home. The fields, and hills, and back roads of New Brunswick where I grew up.
And okay, so maybe I do romanticise it… sometimes… just a little. Sigh. I can’t help it. Must have been all that L.M. Montgomery I read as a child.
Your turn. What are you reading these days? Any back road books? 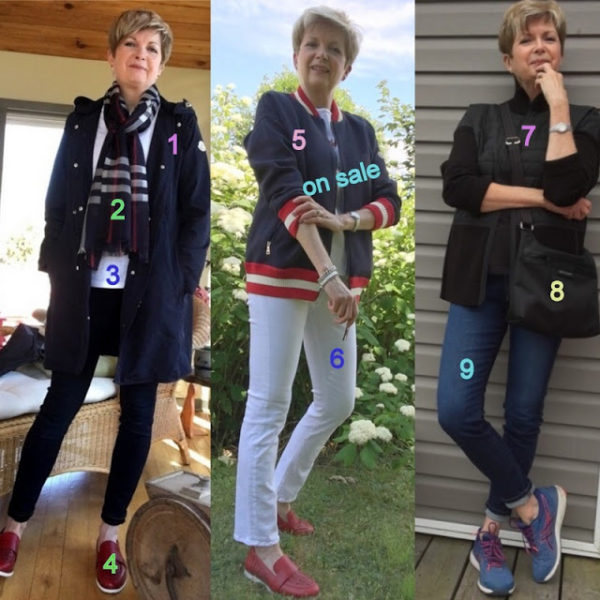 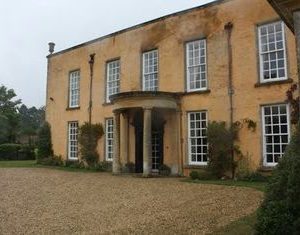 PrevPrevious storySisters in the Wilderness … and well … Sisters.
Next storyFashion Math… Summer SchoolNext

31 thoughts on “Back Road Books”