To Dye or Not To Dye … The Decision

To dye, or not to dye? Should I go grey, or not? That was the question I posed in a blog post a couple of weeks ago. I thought I might be ready to go ‘au naturel.’ Or some variation thereof. My decision? Well… turns out, folks, that I’m not. Not ready, that is, to go grey. For the moment, anyway. I’m way too chicken. I know, I know.  Bok, bok, bok.

But, I’ll get to my decision in a moment. First, let’s talk about that post from two weeks ago, on “Going Grey. Or Not.” Wowee. I was amazed at the comments and conversation that sparked. Thanks so much to everyone who was kind enough to respond, and to weigh in with their choices. Or stories of their own adventures in greying.

Between Facebook, Instagram, and the blog there were 60 votes cast and these were the top choices. By far people seemed to prefer #3 and #4/8. (4 and 8 are the same since I accidentally included a duplicate photo.) Some people chose more than one option; I recorded all of them. Nine people demurred when it came to choosing one of the twelve options, and instead advised me to do whatever I thought best. Five said they liked my hair the way it was. One person said “Do not go grey!”

It was fun reading all the comments. And you had some really great advice. Like Erica’s comment that “if the colour says ‘old’ the haircut must say modern.” That’s spot on Erica, in my opinion. She also mentioned how important eye-brows are when your hair and skin colour are fading. I agree; eyebrows are huge for aging skin and hair. Okay, maybe ‘huge’ is not the word I want there, but definitely important. And Suz mentioned that it would be pretty hard to replicate the silver when my hair has warm tones. Well, not without bleach. Good point, Suz; Carmen concurred with this. Lots of you said, damn the torpedoes, full steam ahead; I should let the grey come in and find out whatever mother nature has in store for me. It will be beautiful, you said. Ah thanks, folks.

Here are the choices I was leaning towards. I liked #2 and #5 the best. But funny thing, they both are not terribly grey. Which might have told me something. And none of them resembles what my own hair would probably look like, especially since they all have dark roots. Still, it was supposed to be an exercise in how various colours of grey or silver might look on me. I had never intended to take the picture to Carmen and say, “make me look like that.”

So, my decision? Well….  I must admit. When push came to shove, I was too chicken to make the leap. Like my blonde feathered friend, with the brown roots, above … I ran as fast as my little, skinny chicken legs could carry me to my hairdresser, wailing…”Car-mennnnn, what should I do?” Bok, bok, bok, indeed. Luckily Carmen had scheduled extra time for me, so we could consult.

First we identified my issues. I didn’t want to do overall grey. Which Carmen said wouldn’t be possible anyway, since my hair left to its own devices would be white, and not grey. Akk. Who knew? I didn’t know if I wanted to start growing out white roots with my current colour, or even if I wanted to grow them out at all. Then there were those small dye-resistant patches in the back and side, and I was tired of seeing my sorry looking roots on the top. I didn’t know exactly what I did want, a bit of drama, maybe, and not to look old and boring. Okay.

Now… how to achieve all that?

First, we decided to lighten the darkest parts, on the sides and in the back so the dye-resistant swatches won’t look so stark. And the roots, which grow in very quickly, won’t be so noticeable. Since colour fades, Carmen can do this by lightening the colour she reapplies each time to match the “faded” colour. It should only take a cut or two to achieve what we want. We will go with a lighter colour on top, for the same reason- roots. And to give dimension, Carmen will add darker low-lights, instead of highlights. And the pièce de résistance, Carmen suggested a couple of bold, blonde, chunky highlights in my bangs. One that is very visible, and another that just peeks out. One assumes cheekily. Cheeky, chunky highlights. I liked the sound of that.

This is the result. Indoors. In our sun room.

And outside on our deck in the full sunlight. The outside shot most resembles what I see in the mirror. Colour, wrinkles and all. It’s not a drastic change from what I had before. But I really like those two cheeky highlights in the front. They are more visible when the bangs are swept over to the side. And for the rest. We’re evolving. Hopefully into a colour that will be a bit lighter, and blend better with my grey…er…ah.. I mean, my white roots. And which will still have some dimension from those darker low-lights on the top. And which will still work with my warm colouring.

As I am wont to do when I’m writing a blog post I’ve been reading articles from around the net on going grey. Other women’s perspectives. One that struck me as interesting is the article “Grey Is Great: Why Hair is the Last Bastion of Vanity” by Anne Perkins for The Guardian. I mention it because her experience is the absolute antithesis of my own. She talks about the “awestruck warnings” of friends and family when she discussed the possibility of going grey. They were aghast; she was too young; her children were too young. If you check out the article, you’ll see that she obviously ignored their advice and went over to the grey side. Me, when I had the same discussion, I had so much support, so many people cheering me on to make the leap. And yet, I didn’t. Funny, eh?

So, I can imagine after all this fuss that some of you are sighing and rolling your eyes in exasperation, at my cowardice. Or my inability to face the inevitable. Yep. I’m aging. We’re all aging. I turn sixty in a few short weeks. I get that.

But I’m going to look at it this way. I’ve always been a late bloomer. As a teenager, I literally “bloomed” much later than other girls. Ha. Maybe that’s too much information, do you think? I flailed for a few years in my twenties. Had several jobs before I settled down to a successful teaching career. I didn’t marry until I was in my thirties, although Hubby and I had been together for a few years by then. So, by delaying going grey. By delaying facing the inevitable, maybe I’m just continuing with the late blooming thing.

Besides, as a long time hair-obsessive, if I had to pick between good hair and wearing make-up, I’d pick hair every time. As Perkins says in her article, “hair matters.” And I’m not ready to embrace the identity-change that will come with going grey.

Not yet anyway. Give me five years and we’ll talk again.

P.S. I’d like to add that I wasn’t unhappy with my colour before. Carmen always does a great job. And man, oh man, is she patient! She’d have to be with me for a client all these years.

And so dear readers, I suppose you’re sick and tired of talking about this issue. But feel free to weigh in if there’s anything you’d like to add. Anything. About hair, grey or otherwise. Aging. Chickens.

Shot of chicken running found initially on the very cool website: Salt from the Earth 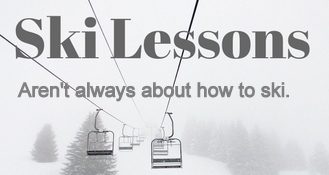 The winter I was fifteen I learned some important lessons on the ski hill. And not all of them were about skiing. 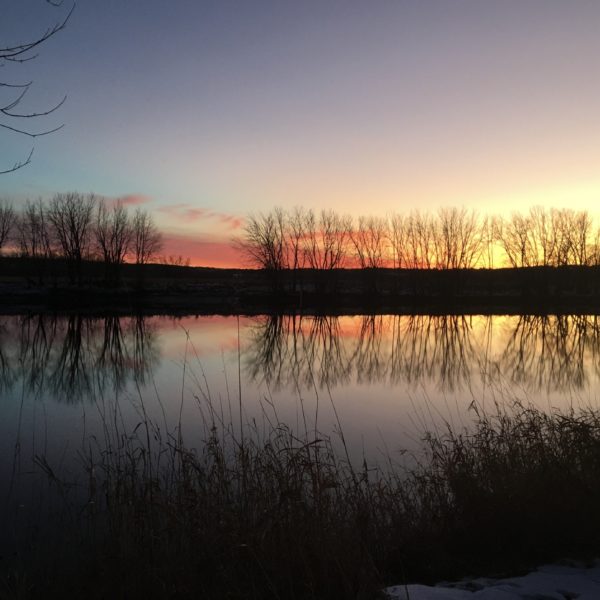 Best Laid Plans And All That

I’m at my mum’s this week. And our best laid plans have fallen apart. All because of a couple of silly choices and a bad back. 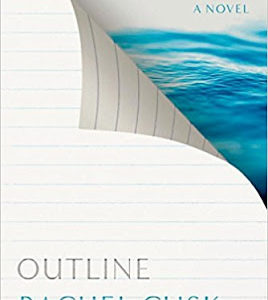