Should I Go Grey. Or Not

I’ve been thinking a lot lately about going grey. Or not. There are a myriad of articles on the web these days exhorting women to be proud of their grey or white locks. Or “mature hair” as a stylist’s assistant once called my soon to be covered up grey. I laughed at that comment. But not out loud. The poor girl looked about twelve, and she was nervously trying to be tactful, trying to set the correct tone for her first day (as she told me) at a very up-market salon here in Ottawa. “How much of your hair is… uh… mature hair?” she asked. “I have absolutely no idea,” I responded. “I’ve been dying it for years.” I think I was about forty at the time.

As a child I had strawberry blonde hair, and later dark blonde with hints of red depending on the light. Then the red faded altogether when I was about twenty, and my hair became quite dark. In my late twenties I started seeing streaks of grey. My hairdresser began to give me blonde highlights around then. That is until one summer we were on vacation, and Hubby snapped a picture of my friend Janet and me. I was tanned, with a red nose from a day at the beach, and platinum blonde hair. “Wha-a-a-t happened to my hair?” I wailed when I saw the picture. I hadn’t noticed that the blonde highlights were tucked between an increasing number of grey strands, turning my hair an odd, and very unflattering, shade of grey-ash blonde. Not great with my red-head’s complexion and freckles.

After that I began to get my hair coloured. Demi-permanent at first, then permanent. I even went full-on red once, finally giving in to the nagging of my hairstylist, David. It was a beautiful colour, with blonde highlights. And which, not to put too fine a point on it, looked like crap on me. Hubby said it looked pink in the bright sunlight. And, as we were in the process of planning a canoe trip, commented that it would come in handy if he ever lost me in the bush. I started shopping for a new hairdresser the next day.

I’ve been a dark blonde with highlights, and lately with low-lights as well, for years now. And since 2003, my hair has been in the good hands of my friend Carmen, a veritable hair-magician. She loves to experiment with colour, has never insisted that I should go bright red, and, most importantly, she has always understood that while I’m comfortable being a fifty-something woman… I don’t necessarily want hair that says fifty-something. Or at least the stereotypical idea of fifty-something. That’s why I left my last before-Carmen hairdresser. He couldn’t seem to understand that while I wanted short hair, I didn’t want short, boring hair.

So, my friends, what has me thinking about changing up a colour which I like, and which I think looks good on me? We-ell. The numbers on the old odometer with be rolling over in a few months… catapulting me into a new decade. So, I’m wondering if my sixtieth birthday might be a good time to reconsider my hair colour. I’ve also been having some issues with colour resistance, patches of hair that don’t take colour very well. And since my hair is really short in the back and on the sides, the roots issue can be a pain. And maybe, maybe I just feel the need for a change. Period.

source
Apparently grey hair is the newest thing. The latest edgy fashion fad. In my travels around the net for grey-hair inspiration these past few days, I found tons of shots of happy, smiling twenty-somethings with dyed grey hair. I don’t mean grey hair that’s dyed… I mean hair that’s been deliberately dyed grey. There’s a difference… big time. No wrinkles, for one thing. But never mind that. The lovely grey locks, above, are created by a colourist, not by mother nature.
And in my travels around the net, I also found tons of shots of happy, smiling sixty and seventy-something women with grey hair. You know, the women everyone references when they say how great grey hair can look. Helen Mirren, for one, who is 70. Emmylou Harris and Glenn Close, both 68. Judy Dench, 81. And did you know that Meryl Streep, 66, who tossed those grey locks so devastatingly in The Devil Wears Prada… doesn’t toss them in real life? Her hair is still blonde. Not that I have a problem with that. It’s just that I couldn’t find a celebrity near my own age who has let her hair go grey. And I looked. I really did.

But I’m getting away from my point. Which is how to decide if I want to go grey. Or not. First, I think that my colouring might be a problem. I have a reddish complexion, and freckles, like I mentioned above. Not suited, I think, for grey or silver hair. But how will I know if grey hair looks good or bad on me, if I don’t try it?

So I trawled the internet for hair make-over sites. You know, those websites where you upload a picture of yourself and then try all kinds of different hair-styles. I found a site called The Hair Styler, uploaded this shot of myself from last summer. And then I gave myself a “fake-over.”

I haven’t had so much fun messing around with a website in a long time. First with the mouse, I had to map the shape of my face, using little lines and dots, to block out the background of my original shot. Then I chose hairstyles. I tried to find ones that were somewhat similar to my own. Or which gave me enough hair to see what the colour looked like next to my skin. There were tools to make the bangs longer or shorter, to flip the parting, and to make the cut wider or narrower to match my head. I was more successful with some cuts than with others, as the results laughably show. Some look a tad weird, a bit like I have a mushroom cap on my head. Then I tried several shades of grey with each style for comparison.

And voila. Twelve different versions of me with varying shades of grey and silver hair. Oops…make that eleven… I just noticed that I repeated one.

Some of the colours I quite like on me. Others… not so much. I won’t tell you which ones are which. I want to hear what you think. That’s why I numbered the shots.

So, am I any further ahead in making my decision? Not really. Not yet. I’m just getting started. Still doing my research. I found lots of websites that have cuts and colours for grey hair. Including this one: Best Short Hairstyles for Grey Hair. I may go back to The Hair Styler and play around some more. I’ll have to consult with Carmen and see what she thinks. I’m not in a hurry. Whatever I do, it won’t be to just let my natural colour grow out. I don’t want to go all-over grey yet. My hair is very dry, naturally curly, and given to frizz. Going grey would only exacerbate this. I know that when (and if) I do go grey, my hair will still be high maintenance. Mother nature will still be getting lots of help. Healthy, bouncy, shiny, grey hair takes work. Or so I’m told.

I know I said I’m not in a hurry… but… hmmm… as I look at these shots of myself… funny as some of them are… I get an itch to do something dramatic. As Monty Python says… something completely different. And if I hate it. So what? I mean, it’s not as if I were still working and would have to face several classes of teenagers aghast at my newly pink, or silver, or pewter hair. Not to mention colleagues, and parents. I’m retired. I can always slink home, endure Hubby’s chortles, and simply re-book with Carmen for the next day.

Okay, friends… so now I want to hear what you have to say. Have you gone grey? Will you go grey? How’s that working for you? And how about my experiments with grey. I need feedback. Pick a number, any number. Help me make up my mind if I’m going grey. Or not. 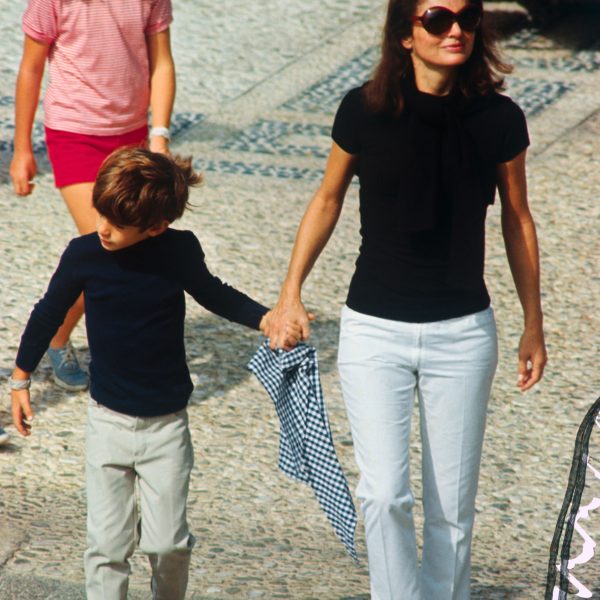 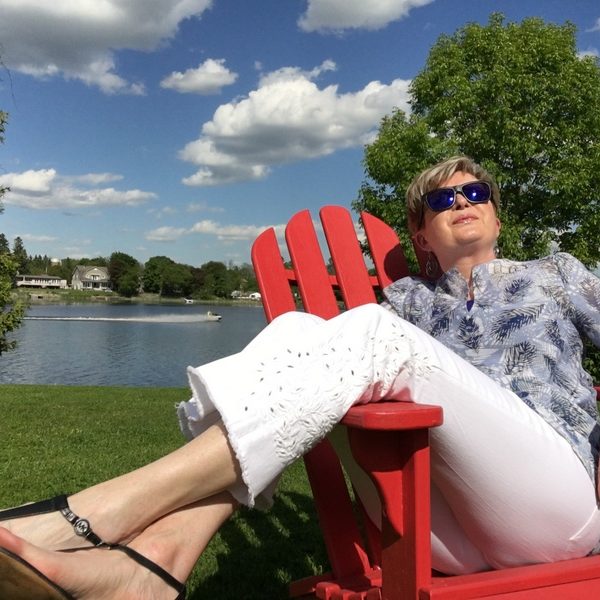 White Jeans and Whatever 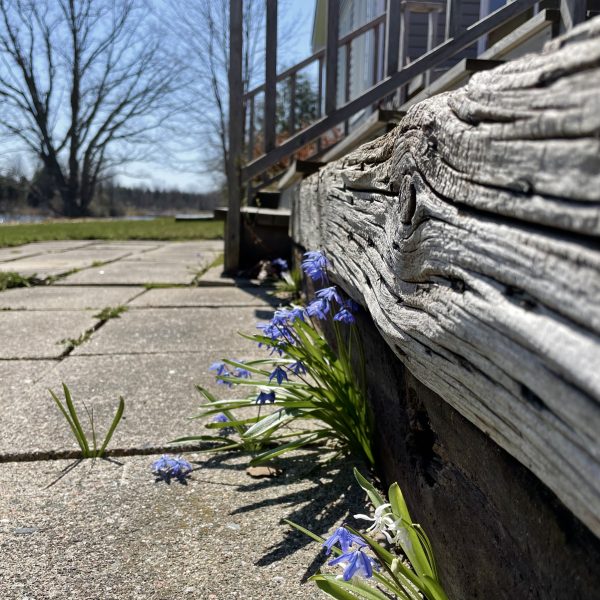 Reading, Grumbling, and Waiting for Spring