I’ve been stuck in Mitford-land again, my friends. Immersed in the escapades of these six English sisters, and I can’t seem to help myself. I pick up one of Nancy Mitford’s novels, or a memoir of one of her sisters, and off I go again… down various and sundry Mitford-related rabbit holes. You’d think that one would tire of this. Or run out of new rabbit holes to explore. But one never seems to do so. Oh dear, I’m beginning to sound like shallow, frivolous Cedric in Love in a Cold Climate, who when he spies a “dreadful moustachio’d” man on a train, cries, “Oh, the luck of being one and not somebody like that.” I always laugh when I read that book, especially the part about how Cedric, the consummate esthète, who swans into Lady Montdore’s life and charms her and everyone else, hails from the “wilds of Nova Scotia.” Coming from the wilds of the province adjacent to Nova Scotia, I find that line hilarious.

Reading Nancy Mitford’s The Pursuit of Love and Love in a Cold Climate started me off years ago. I went on to read two of her other novels, Don’t Tell Alfred and The Blessing, but neither could touch the comic genius of the first two, for me.

When I read that Nancy Mitford mined her own life and the lives of her family and friends for inspiration, I started reading pretty much anything I could get my hands on about the Mitford family. I started with the 2001 biography The Sisters: The Saga of the Mitford Family by Mary S. Lovell. I read a couple of books by and about Deborah, the youngest Mitford sister who went on to become the Duchess of Devonshire. I really enjoyed her 2002 memoir Wait for Me. I read the compiled letters between Nancy Mitford and Heywood Hills called The Bookshop at 10 Curzon Street. Nancy worked at Hills’ Curzon Street shop  during the war. And then with an Anne de Courcy book 1939: The Last Season, about society and politics leading up to the outbreak of World War II… I met my Waterloo… so to speak. I suddenly was absolutely and totally sick and tired of English society, deb balls, the English aristocracy, who knew whom, and when they met on the Lido, blah, blah, blah. At least for a while.
My interest was rekindled a couple of years ago when I heard Frances Osborne interviewed about her book, The Bolter, a biography of her great-grandmother Idina Sackville, who was the inspiration for Nancy Mitford’s much married character, Bolter. At the same time I was listening to Rhys Bowen’s charming Her Royal Spyness series on my i-pod. Bowen has a Bolter in her books too. I wrote about all these Bolters in a post a year or so ago.
And just recently I read Anne De Courcy’s biography of Diana Mitford. De Courcy is a fantastic writer. I really enjoyed the book. And so I was off again.

Diana was by far the most beautiful of the sisters. And the most enigmatic, I think. Why oh why she left her first husband Bryan Guinness, reputed to be “the nicest man in England” for Oswald Mosley, I’ll never understand. But then again there’s no accounting for chemistry, which I gather they had in spades. De Courcy’s book explores all aspects of Diana’s life: her early years and first marriage, meeting and marrying Oswald Mosley, her imprisonment during WWII when she and Mosley as leader of the Fascist party were considered threats to England, and the years following the war. I must say that Diana’s time in prison really does sound dreadful and not the pampered cake-walk depicted in the press at the time.
While de Courcy’s book is not unsympathetic to Diana, it also doesn’t pull punches. It’s hard to imagine a life as pointless as that of a society wife. Married to Bryan Guinness, Diana lived a life of leisure and the pursuit of pleasure and diversion. Yet she doesn’t come off as insipid or stupid, quite the reverse, actually. Readers can almost understand the attraction Oswald Mosley, an intelligent and supposedly charismatic man, committed to a cause, held for the clever, and perhaps bored, Diana. Almost.
But what is really hard to begin to understand is how Diana gave up so much, her marriage and her place in society, to commit herself to a married man who, while he said he loved her, had no intention of leaving his wife Cynthia (Cimmie) nee Curzon. It was only Cimmie’s untimely death that allowed the two to marry. And afterwards Mosley carried on an affair with Cimmie’s youngest sister, while his first wife’s other sister raised his children. I cannot fathom why so many intelligent, accomplished women were enthralled by Mosley, and intent on doing his bidding.
Diana, as she says herself in the interview below, put Mosley first in everything. Not only dedicating herself to his politics and his career and thus making herself one of the most despised women in England for a time. But also setting aside her own interest in writing later in life to dedicate her time to reading and editing his work. I found it sad that she let her obdurate defense of Mosley’s memory come between her and Mosley’s eldest son Nicholas. After Mosley’s death, Nicholas, with whom Diana had had a close and loving relationship, wrote a two-volume memoir of his father’s life. Diana disapproved of his depiction of his father and she never really forgave him. She stood by her man to the bitter end.
Have a look at this interview which I found on You Tube. I was curious to see Diana, in “real life” and hear her voice. I’d read so much about the famous “Mitford drawl;” de Courcy talks of Mosley’s habit of imitating Diana’s speech. And funnily enough, I later found an interview with Jessica Mitford who spoke much the same way. They both seemed inordinately charming to me. And, in old age, Diana is still lovely.

In many ways it was not lovely to be Diana Mitford Mosley. I think that Oswald Mosley was an utterly reprehensible man, not just for his Fascist politics, but for his selfish pursuit of power. In particular for his treatment of his children, and his refusal to support them financially while he funneled all his own money into his political ambitions. It seems unfair, really, that later in life his public image was rehabilitated largely through the publication of his memoir My Life, while Diana seems not to have been forgiven at all. That is if the somewhat snarky 2003 obituary for her in The Globe and Mail  is anything to go by. I don’t agree with her politics, or many of her beliefs, but they were certainly no worse than her husband’s.

Daphne Guinness, below, bears an astonishing likeness to her grandmother doesn’t she? I read recently that Daphne lashed out at Lyndsy Spence, the author of the latest biography of her grandmother, calling Spence a “charlatan” and  “scurrilous profiteer.” Spence, founder of the on-line blog and Facebook community “Mitford Society” recently published Mrs. Guinness:The Rise and Fall of Diana Mitford.

And so the “barrage of Mitfordiana” (as Jessica Mitford called the plethora of books on her family) continues unabated. And so it would seem does the controversy.

Me. Well, I think I’ve been down enough rabbit holes this week… I’ve had enough real life Mitford drama for a while. I’m rereading Nancy Mitford’s Don’t Tell Alfred. The novel follows Fanny, first introduced in The Pursuit of Love as a cousin of the Radletts (as Nancy called her fictional Mitfords) and daughter of the infamous Bolter. Fanny is now married to an Oxford don, Alfred, who is appointed English Ambassador to Paris. Shy Fanny in her Oxford tweeds struggles to cope with life among the French glitterati. This grown-up Fanny reminds me of the main character in the lovely Diary of a Provincial Lady by E.M. Delafield. I really enjoyed the gentle humour in Delafield’s fictional diary.   Fiction can sometimes be so much more restorative than reality, don’t you think? A nice cup of tea and a lovely novel can really make you feel, as Linda says in The Pursuit of Love (and reputedly Diana Mitford said in real life) “how lovely it is to be lovely one.”

What’s your take on all this Mitford mania, dear readers? Had enough have you?

Me too, for while, anyway. 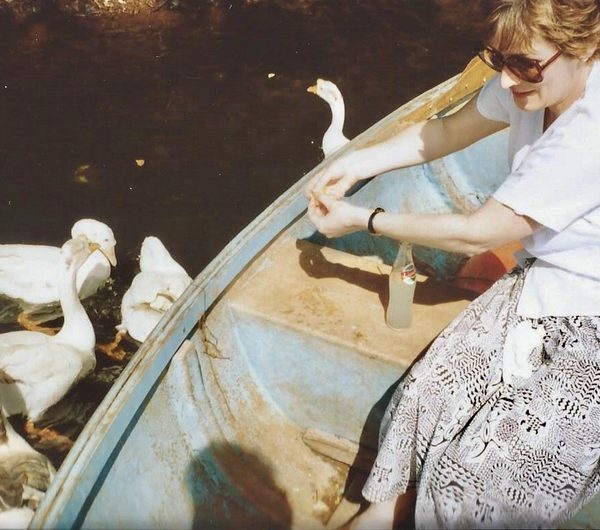 This week I’m reviving my “Tales from My Travel Journal” series with a lovely extract from a reader’s journal written in India, in 1992. 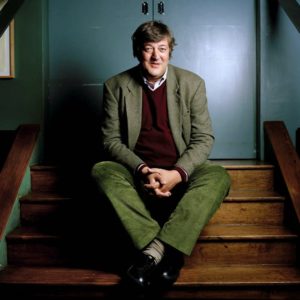 As I said in my last post, I recently (finally) finished Donna Tartt’s book The …