I’ve finally read Paula Hawkins’ book Girl on the Train. I liked it. At times I loved it, and at other times I despaired of the plot and the characters… so, I guess when you balance those two reactions…you could say that I liked it.

The story revolves around Rachel, the “girl on the train,” who travels daily to and from London right past the old neighbourhood where she used to live with her ex-husband. In fact, she can see the house, number 23 Blenheim Road, from the train. As well as another house that Rachel fixates on. Number 15, the twin of her old house, “a Victorian semi, two storeys high, overlooking a narrow, well-tended garden… beyond which lie a few metres of no man’s land before you get to the railway track. I know this house by heart.” Each morning and each evening the train carries Rachel past this spot. And she watches the couple who live at number 15 whom she calls Jess and Jason. She watches them, fascinated, because to her they are a “perfect, golden couple.” She fantasizes about them: he is “dark haired and well built, strong, protective, kind. She is small, a “beauty, pale-skinned with blonde hair cropped short.” Only Rachel’s never met Jason or Jess. Knows nothing about them, really. Until one day when she sees something disturbing from the train, and then Jess, whose real name is Megan, disappears, and Rachel decides to insert herself into their lives, for real.

It’s a wonderful premise for a novel. The idea of life seen through the window of a train, images that flash into view and then flip away as the train moves on. Hawkins builds the plot in snippets of narrative, initially focusing only on the morning and the evening commutes. And then, as the plot moves away from the train itself, Hawkins’ short chapters develop the story using that time frame…”Morning” followed by “Evening” and so on.

This structure is perfect for a mystery novel that revolves around the idea of memory and truth, and if one can ever actually deliver the other. Especially when the story is told by a particularly unreliable narrator such as Rachel, and in the first person, to boot. I mean, we all lie to ourselves at times, try to cover up our bad behaviour. But when that bad behaviour is committed in a drunken fog, dare I say ‘fugue’ …well…. who knows what really happened. You see, Rachel has a drinking problem, among other issues. She’s not a terribly sympathetic character, but we empathize with her. At least I did. And then Hawkins introduces two other narrators, Megan/Jess, and then later in the novel Rachel’s ex-husband’s new wife Anna, and the mess that Rachel is embroiled in becomes even more complex and confusing.

I found the novel compelling. The plot structure creative. And the style lean and gritty. Hawkins pulls no punches in her description of Rachel’s mess of a life. It’s definitely not pretty. And yet the humiliating detail of desperate late night phone calls to her ex, soiled underwear, and alcoholic black-outs are what develop the reader’s empathy for her. We understand Rachel’s fear and her desperation, and we want to find out where Megan is and what really happened that day, as much as Rachel does.

But, you know, about half-way through the novel, I had had enough. I wanted Hawkins to change things up a bit, perhaps deviate from the repetitive rounds of Rachel’s determination to get her act together, followed by her backsliding. Maybe move away from the now-predictable structure of “Morning” and “Evening,” brilliant as it seemed in the beginning. The whole novel seems to flounder. And then it improves. Until the last bit. I guess you could say that I agree with Doug Johnstone’s review in The Independent, when he says that Girl on the Train is a “cleverly crafted piece of suburban noir.” Gee, I wish I had said that. But Johnstone goes on to call the climax and the end of the book “ham-fisted.” Yep. It is… a little arbitrary, maybe a tad stagey, or a teensy bit too predictable in its efforts to be as Tess Gerritsen calls it “wildly unpredictable.” But then again, maybe I’m just being cranky.

Reading Paula Hawkins’ book had me thinking about how so many books revolve around trains. Like Patricia Highsmith’s Strangers on a Train. It’s about two men who meet on a train, their strange conversation, the ensuing pact, and a murder.

The book was perhaps even more famous once it was made into a movie by Alfred Hitchcock.

And then there’s the most famous train mystery, Agatha Christie’s Murder on the Orient Express. Apparently when the book was published in the United States it was renamed Murder in the Calais Coach to distinguish it from Graham Greene’s Stamboul Train which had been published in America as Orient Express. Confused? Me too.

Train mysteries abound. In the first scene of Girl on the Train, Rachel spots a discarded pile of clothing beside the tracks, and then later can’t get the image out of her head: “I can’t help it, I catch sight of these discarded scraps, a dirty T-shirt, or a lonesome shoe, and all I can think of is the other shoe, and the feet that fitted into them.” And I couldn’t get that scene out of my head. It reminded me of this book by Ann Granger. One of Granger’s Mitchell and Markby series, Beneath These Stones, starts with Meredith Mitchell on a train. When the train is halted due to work on the track, she spies an incongruous green backpack in the shape of a frog dangling from a tree branch. And later when a dead body is found and her partner Alan Markby is involved in a murder investigation, Meredith can’t get the image of the green plush backpack out of her head. Bodies and train tracks, they seem to go together.

I’ve been quite interested in old mystery novels lately. Partly because Sarah Weinman, a former student of mine, is an editor and writer in New York and her work has peaked my interest. She’s edited a couple of anthologies of women mystery writers of the forties and fifties, especially writers of what Sarah calls novels of “domestic suspense.”  Novelists like Patricia Highsmith, Vera Caspary who wrote the novel Laura, and Dorothy B. Hughes author of In a Lonely Place, which was made into the now classic film noir starring Humphrey Bogart. And partly just because I love books and films set in the thirties and forties. Such a stylish era, wasn’t it?
Anyhoo… where was I? Oh yes… trains. Of course, I’d heard of Patricia Wentworth, and of her Miss Silver series, but I’d never actually read any of her books. When I saw several of her novels listed on Audible.com, I thought I’d give them a try. Published anywhere from the twenties to the late fifties, her books are surprisingly well written. I say surprisingly, because the original cover art on the books brings to mind pulp fiction and true romance stories. Which I guess they are, in a way; they certainly do not purport to be literature. But I’ve found them charming.

And in the Miss Silver books I’ve now read (and listened to) there always seems to be a train involved in the crime or in its solution. In The Traveller Returns Miss Silver sits on a train, calmly knitting, and listening to a strange woman recount the events of her day the details of which will eventually be integral in solving Miss Silver’s case. And in other novels there are train crashes or train journeys or murders on the station platforms. I could go on, but I won’t.
I love train travel. It’s always seemed so romantic. And although I’d fantasized about travelling on trains when I was young, I’d never actually been on one until I was in my early twenties. I’d just moved to Ottawa from down-east, and had a job selling Lancôme cosmetics at a down-town department store. My second week there they told me they were sending me to Montreal for a “school.” This was a one-day product knowledge workshop at the Lancôme headquarters in downtown Montreal. And I was going on the train. Ooohhh, how exciting! I’d never been to Montreal. Or on a train.
I got all dolled up, with help from my sister (my dress, her coat and her high heels) and off I went. I was cool. Or I could fake it. Until I asked the purser on the train where I could get a cup of tea, no seat service in those days. And he pointed to the door at the far end of the aisle, and said the snack bar was in the next car. I looked at him in horror and disbelief. “I’m not going out there!” I gasped, seeing visions of my hair whipping wildly in the wind as I tottered on  my high heels across the … and that was as far as I got in my imagining before I saw that the junction between cars was actually enclosed. “Thank-you, ” I said with as much dignity as I could muster, and tottered down the aisle for my cuppa, thinking that I had seen one too many episodes of Gunsmoke, or Bonanza as a child.
But I’ve digressed. Back to books about trains.
Have you read Paula Hawkins’ The Girl on the Train? What did you think? Feel free to weigh in. On this book, or other train books, or just on trains in general. 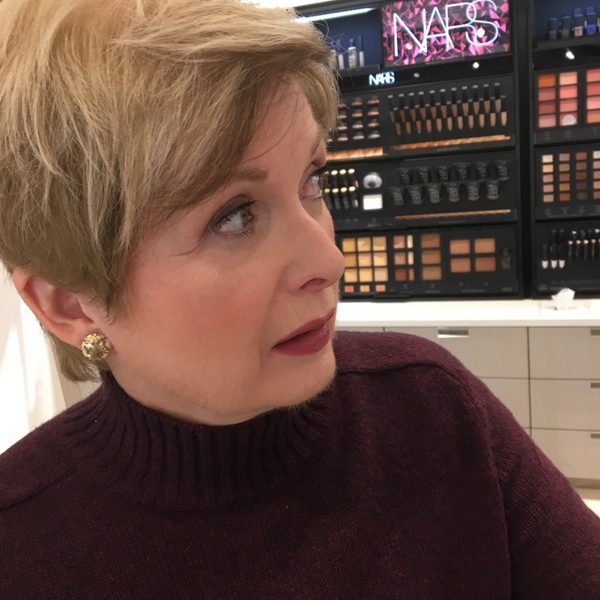 I’ve had my make-up look updated. And I’ve learned some new make-up tricks at the same time. 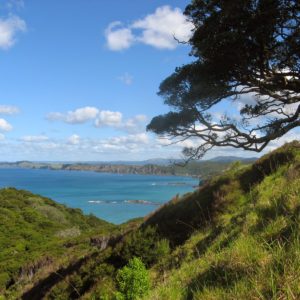 Fit After Fifty … The Saga Continues

At the beginning of September I wrote a post about staying fit after fifty, and … 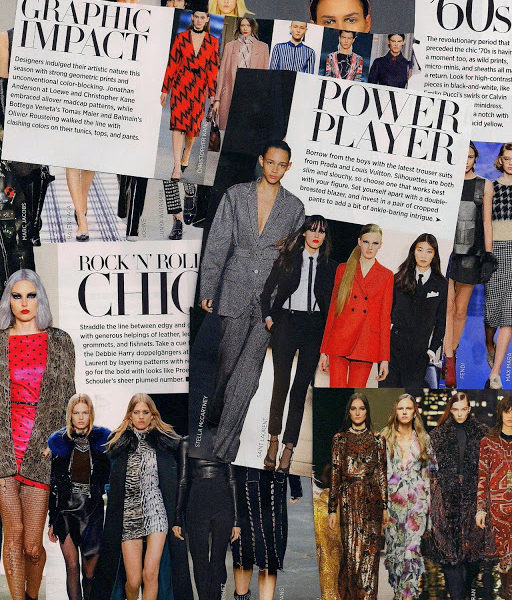 PrevPrevious storyA Walk in the Woods… or… Algonquin Bound Without a Canoe
Next story“Sunny Ways, My Friends.” And Sunny DaysNext

28 thoughts on “Girls Etc. on Trains”