Reading Round the Subject.

One of the great things about retirement is having time to read. And time to explore those “rabbit holes” that crop up when you’re reading a great book. Like when a book mentions a specific place or historical character and, instead of just carrying on, you stop and do a bit of exploring. Or finish the book and then read another that explores a specific subject or setting prompted by the first book. You might disappear down that rabbit hole for two or even three books. I remember when I first read The Pursuit of Love and Love in a Cold Climate by Nancy Mitford, it awakened in me an interest in all things Mitford. And so I went haring off (pun intended) in all directions reading whatever I could by, and about, those famous sisters. Last year I wrote a blog post about my “Mitford Madness,” which you can read here if you’re interested.   I guess this is what Ms. MacDonald in Kate Atkinson’s book When Will There Be Good News? might call “reading round the subject.”

If you haven’t read Kate Atkinson’s series featuring detective Jackson Brodie, you must. Atkinson is a wonderful writer; I think she’s absolutely one of the most talented writers I’ve read. She’s written four Jackson Brodie novels; When Will There Be Good News? is the third in the series. You can check them out for yourself here.

The books were also made into an excellent TV series starring Jason Isaacs as Jackson Brodie. The shot below is from the episode based on When Will There Be Good News? That’s Gwyneth Keyworth as the character Reggie, with Jackson. Reggie is such an engaging character, both in the novel and in the TV series. Seriously Keyworth, as Reggie, is so adorable you just want to adopt her. And it’s Reggie who’s been instructed, by her tutor Ms. MacDonald, to “read round the subject.”

Which brings me back to my subject…which isn’t Kate Atkinson, as it happens, at least not in this post. But Paula McLain. And her propensity for writing novels that appeal to those of us who love to “read round the subject.”   You’ve probably heard of, and maybe read, McLain’s acclaimed 2011 novel The Paris Wife, which is the story of Ernest Hemingway’s first wife Hadley and their life in Paris in the 1920’s. It’s based in part on Hemingway’s memoir A Moveable Feast, but told from Hadley’s point of view. McLain said she was inspired not only by A Moveable Feast, but also by her reading of Hadley’s letters to Ernest during their courtship. She wanted to give Hadley a voice, and I think she achieved that wonderfully. You can listen to McLain talking about how she came to write The Paris Wife in the video clip below.

I didn’t need to “read round the subject” after I finished The Paris Wife. I’d already done that for years. I took a course in 20th Century American Fiction in university, and then went on to read several biographies of Hemingway. His short stories have long been favorites of mine; I used them regularly in my senior English classes. And A Moveable Feast has always been a special book for me. I loved reading about Hemingway “making himself into the writer he became,” as McLain puts it.

What struck me most about Paula McLain’s book was that she really knows her Hemingway. The man, his work, the events of the time, the depiction of the other real life characters like F. Scott Fitzgerald, all simply ring true. It’s as if she has stepped into that historical time and is simply recording what everyone said and did, what they looked like, what they ate and drank, albeit much more vividly because it’s fiction. That’s what I adored about her book. And if you haven’t read The Paris Wife, and choose to do so, I highly recommend reading it in conjunction with Hemingway’s memoir. I think that knowledge of each heightens appreciation for the other.

It’s funny, in preparing this post I read some old reviews of The Paris Wife and someone criticized the ‘character’ of Hadley in McLain’s novel for being “insipid.” Uh, okay…well… shy, placid, passive…wasn’t she actually like that? The comment reminded me of a movie review I read of the 2013 remake of The Great Gatsby which criticized the movie for making Daisy so shallow. Uh… hello? Wasn’t that Fitzgerald’s point? Maybe some of these critics need to do a little more “reading round the subject.”

Which brings me to Paula McLain’s latest book and the delicious fact that this time she is bringing to life a historical character whom I knew nothing about, until now. Beryl Markham. Born in England in 1902, but raised in Africa, she was a pioneering aviator, the first woman to fly solo across the Atlantic from east to west in 1936.

Markham is described in various sources as a beautiful, passionate, brave, independent “bad-ass.” She trained race horses, roamed the African bush, stole other women’s lovers and husbands. She wrote about her life in Africa and her memorable trans-Atlantic flight which ended in a Cape Breton bog (that’s in Nova Scotia for you non-Canadians) in her 1942 memoir West With the Night. Apparently Hemingway (yep, him again) called it a “bloody wonderful book” in which “[she] writes rings around all of us who consider ourselves writers.” Interestingly, in the same letter, he reputedly described Markham herself as a “high grade bitch.” So… I don’t know about you, but I’m definitely intrigued.

That’s why after ordering Paula McLain’s novel Circling the Sun from our library… I’m on a long waiting list… I was so excited to see that they also have a copy of Markham’s book. So I ordered it too. I think I’m almost more excited to read Markham’s memoir than I am McLain’s novel. And once I’m done with these, well, I can see all kinds of “rabbit holes” opening up. I may be “reading round the subject” for quite some time.

Which brings me back to where we started, Kate Atkinson’s When Will There Be Good News?

Anyway… here I was yesterday, leafing through the first few pages of the book looking for the part where Ms. MacDonald tells Reggie that she should “read round the subject.” And I come upon the exact paragraph and then see that she also suggests Reggie read Hemingway’s story “A Clean Well-Lighted Place” which she describes as a “seminal text.”

So, I laugh and rush into the kitchen to tell Hubby how this whole blog post topic just keeps coming back to Hemingway. Over and over. McLain writes about Hemingway’s wife as her subject, and Hemingway writes a letter about McLain’s subject Beryl Markham, and Kate Atkinson’s character talks about Hemingway. Wheels within wheels, see?

And Hubby just guffaws and says, “Suz, you think everything comes back to Hemingway.”

Huh. He’s probably just bitter because I dragged him around to so many Hemingway “shrines” in Paris. “Walking round the subject,” you might say. Hah. Good one.

Still. I may go dig out that Africa story that Hemingway wrote…”The Short Happy Life of Francis Macomber” in which a “high-grade bitch” of a wife has an affair with a big game hunter in Africa and then “accidentally” shoots her husband. You don’t think that he based her character on….?

Do you enjoy “reading round the subject?”

P.S. I have an affiliate relationship with Amazon. If you buy a book by clicking on any of my links I will receive a small commission. You can find all the books I review on Amazon. Here are the links: The Paris Wife, A Moveable Feast, Circling the Sun, West with the Night, When Will There Be Good News? 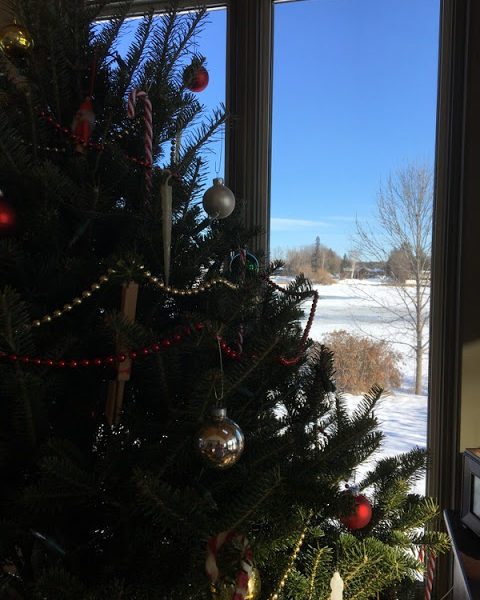 Everyone, meet Gladys. We brought her home a couple of weeks ago. And I’ve just …

I’m a bit obsessed with my hair. I’ve been like this as long as I … 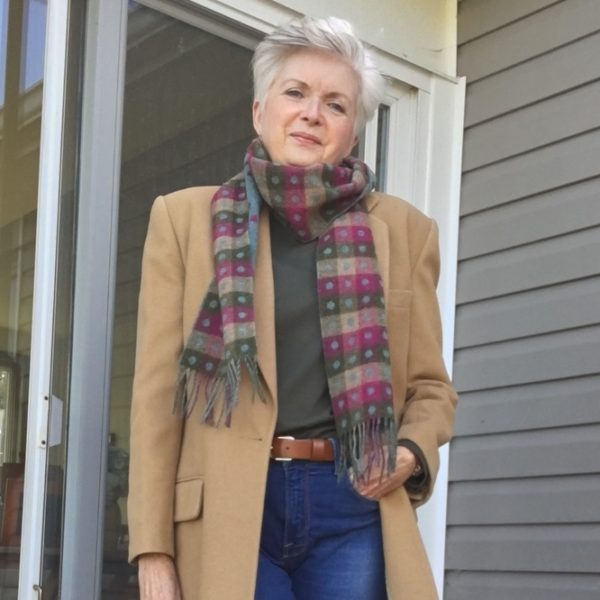 I’m trying a new way to get dressed this week. Intentional dressing. Concocting my outfits with the intention of wearing one specific piece.

25 thoughts on “Reading Round the Subject.”