If you’re not Canadian you probably didn’t get the reference in my title; it’s a riff on the title of the one-woman show by Canadian comic Sandra Shamus… My Boyfriend’s Back and There’s Gonna Be Laundry. (Which is itself a riff on that fifties song, “My Boyfriend’s Back,” by The Angels.) Tough talking, often profane, but soooo funny, Shamus is well known in these parts. But more on her later.

Let’s just say that I was humming… “We’re back from France and there’s gonna be laundry. Hey-la-day-la. We’re back from France….” to the tune of The Angels’ song for several days after we returned from our trip. That’s because there was laundry, lots and lots of laundry to do. And unpacking. And changing the bed. And dusting. And vacuuming. And all the other household stuff that needs to be done when a house has been empty for a month. Like cleaning the fridge…taking advantage of its being so empty and all…before we restocked it. You know the drill.

And then I was well and truly itching to do some shopping. The day I met my former teaching buddies for lunch, I kind of scratched that itch. I mentioned this lunch and my little shopping spree in a post last week. It could hardly even be called a spree, really. But I did walk by one of my favourite stores, Green Tree Eco Fashion, in one of my favourite Ottawa neighbourhoods, Westboro. I walked by on the way to put more money in the parking meter, so I could walk back and go in. And of course try on a bunch of things, and buy a couple.

I was looking for summer tops. Tops that are casual, comfortable, a bit loose, and on the longer side. Like this black tunic top which I really like. It’s from Canadian designer Diane Kennedy. (I had never heard of her either.) It has a lovely silky texture and feels great on. I like it with my cropped white jeans.

I haven’t worn it yet, but the stretch and weight of the fabric make me think it probably won’t wrinkle after I’ve been sitting for a while. So it will be good for travel or for a casual dinner. It’s also the right length to fit under my Helmut Lang blazer.

The label on my new tunic says it’s 92% “viscose from bamboo” and 8% lycra. Bamboo. Really? Bamboo is supposed to be the next big thing in eco-friendly, sustainable material. That’s because it’s an extremely fast growing plant, that “requires little chemical fertilizer, regenerates naturally through root shoots rather than seeding” and as such is very sustainable. I looked that up…. mostly because on her website Diane Kennedy talks a lot about eco-friendly fabrics, natural fibres, and “ethically produced clothing.” Okay, I’ll give her the sustainable bit. And I certainly applaud her for making “ethically produced” clothing that is manufactured in Canada. But the Canadian Competition Bureau would beg to differ with her claims that bamboo “fibre” is natural. An article on CBC.ca about new labelling laws for clothing made from bamboo, claims that while “bamboo pulp is natural,” and viscose made from bamboo contains bamboo pulp, the fibres that are eventually woven into silky cloth are “chemically processed or man-made.” And the chemicals that are used to turn the pulp into fibre, like sodium hydroxide (lye) and dilute sulfuric acid are pretty harsh stuff. That’s why the labelling law was changed, so that consumers wouldn’t think that bamboo fibre was natural, like cotton or silk. And the article I read said that viscose or rayon made from bamboo is “no more environmentally friendly than rayon that is derived from oak and beech.” You can read that article for yourself here. Live and learn, people; live and learn. Or maybe that should be shop and learn.
By the way these are the earrings that I bought in Paris. Hubby was napping one afternoon and I did a troll of the neighbourhood shops in the Marais. I bought these in a little jewellry atelier. Had a lovely chat with the young designer at the same time, well, as much of a chat as we could have with her limited English, and my terrible French.

This is the other purchase I made that day at Green Tree. I love this casual cardigan. It’s a light-weight knit (made from viscose as well, as it happens.) Long without being too long, cut close to the body and thus not bulky, and so soft. This sweater will be a great addition to my summer wardrobe. I love the button detail on the sleeves. I’m wearing it here with a Gap short-sleeved tee, my dressy joggers and my now ubiquitous sneakers.

I wore this outfit earlier in the week for a casual lunch with a friend/former student/former student teacher/former colleague. Yep…that’s all one person. I met Erica when she was in high school and I was her Creative Writing teacher. Then, when she was in university, she worked with me during her student-teacher internship, then when she graduated we were able to hire her to work in my department. That was pretty cool. And now we’re good friends. I still remember her first day as my student teacher, and how difficult it was for her to stop calling me Ms. Burpee, and start calling me Sue. And I also remember how proud I was when she grew into a wonderful English teacher. And now she’s on leave and very, very pregnant with her second child. But she was under strict instructions when I picked her up for lunch… no giving birth in the restaurant. Just kidding. Mostly.

Now, about Sandra Shamus. That’s her in the shot below, by the way, from an article about her Toronto show last winter; “Big Girl Panties” apparently was her perspective on aging. Love that title.
Sandra Shamus “On Nouns”
I just heard from my friend Liz that Nordstrom is having a great sale this week. Liz is the personal shopper there. Hmmm. I might be in the market for a light summer dress; it was on my wish list for spring but got lost in the hunt for perfect clothes for France. But now that we’re back from France and the laundry’s all done…well…

What are you shopping for lately? 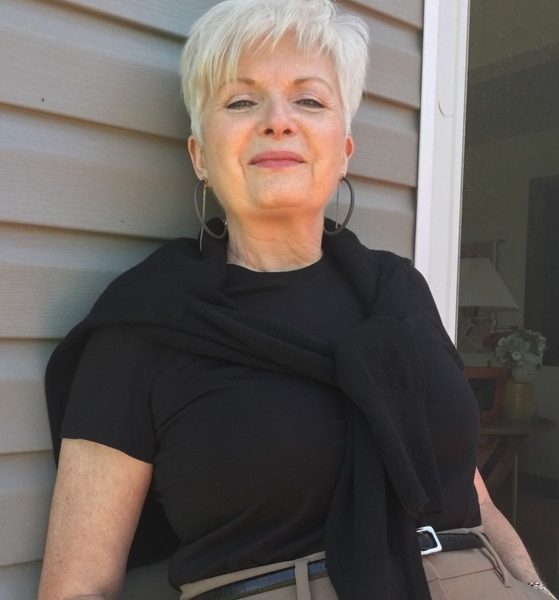 I’m participating in a trend today, my friends. Channeling Katherine Hepburn and trying to find a way to look good in a pair of baggy pants. 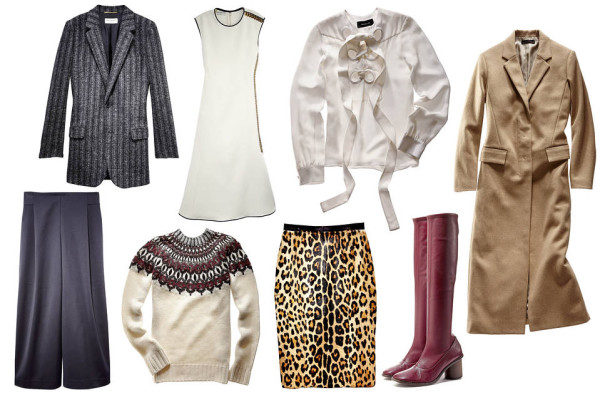 Considering that it’s August, I should be thinking about fall. And fall fashion. ‘Tis … 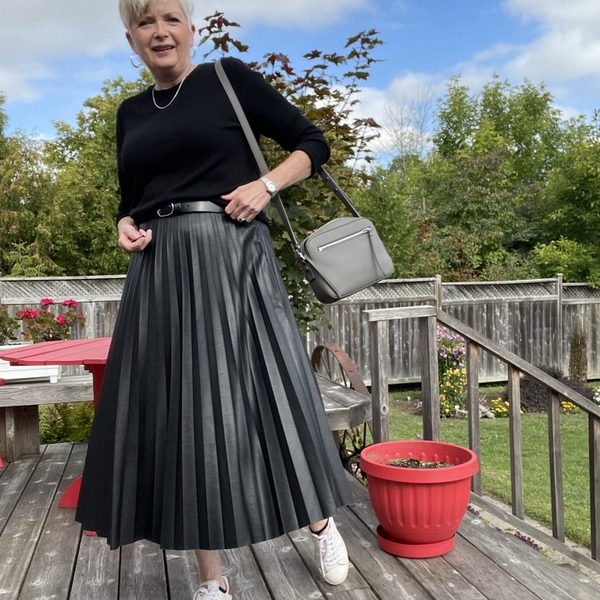 Once my seasonal closet is organized I always do a good closet rummage. To see if I can translate my outfit dreams into reality. Or not.