To The Back of Beyond

Ah yes…it’s summer and we are feeling the call of the road. Back roads, that is.

So in answer to that call, a week or so ago my husband and I set off for our first camping trip of the season. The ice was chilling in the coolers, the steaks marinated and frozen, the canoe loaded, the tent trailer packed and off we go.

This first trip is what hubby calls the “luxury trip.” This means that we stay at a provincial camp ground and have daily access to electricity, showers, the radio, and our vehicle, and are close enough to civilization that we can even go shopping if we run out of food… or wine. This is in direct contrast to the trip we will take later this month when none of these will apply!

We both love to get out of the city and onto the open road. On this trip we generally head up the Ottawa Valley and stay at a provincial park on Round Lake. The swimming is good, there are lots of trails and dirt roads to ride our bikes and explore, and it’s close to Algonquin Park where we can canoe and fish.

One morning we decide to just drive the back roads and see what we can see. I love the Ottawa Valley: the trees and lakes, the plethora of dirt roads, the little towns and villages, the old farms… the history… the chip wagons.

We pass lots of marshy lakes and beaver ponds like this one filled with flowering lily pads.

And old farmsteads like this. Tumbledown log barns and stone and cedar rail fences abound up here.

I definitely attract an audience as I climb the bank to get a better shot here.

This is a shot of the old mill just outside of Killaloe. It was built in 1870. Killaloe, like many of the towns in the valley, was built as result of the lumber trade and settled by Irish immigrants.

We’ve learned over the years to expect the unexpected on the many back roads around Killaloe and Barry’s Bay and Wilno. Like this home of artist Linda Sorensen.

I’m familiar with her work. Hubby and I both love the bold colours she uses and her ability to capture the feeling of the Canadian wilderness. But I had no idea that she lived on this tiny gravel road outside of Wilno… or that her gallery would be open and that we would get to spend a half hour chatting with her.

There’s a vibrant arts scene in these hills and valleys. Together with artists Joyce Burkholder and Kathy Haycock, Linda has formed the group “Wild Women: Wilderness Art.” Cool name, eh? You can check out Linda’s work here. You might be surprised to find that there’s lots of art in them thar hills!

The next day we abandon the roadways and take to the waterways in our canoe… for a day of paddling and fishing. It is a beautiful sunny morning as we embark up the Little Bonnechere River, into Algonquin Park.

Through a huge marsh, where at times our way is not exactly clear to us. Hmmm which way is the channel? Left or right? Just follow the ripples of the current.

And just how are we going to get around this half finished beaver dam?

Uh huh…yep… right through the middle we squeeze, and in only about six inches of water. Because you know, folks… where there’s a will and fish to be had, there’s a way. That’s dinner below. Now I’m not one to brag… but I caught the biggest one… as per usual…sigh, casting eyes modestly downward.

On our last day we eschew all forms of transportation and hike into High Falls on the Bonnechere River. A brisk walk up this lovely path.

Through the sun dappled forest, watching out for the “toe grabbers” on the trail. And accompanied at ALL times by a large escort of very large deer flies. Long pants, long sleeve shirts, hats, bug spray and a brisk pace are still no match for them. But it is all worth it when we begin to hear the gush of white water and can just make out the falls through the trees.

Beautiful. And the bugs have abated as well. But you didn’t think that a fishing-obsessed guy like my hubby would walk all the way in here and not drop in a line??! No, me neither.

Check out Hubby’s casting action. And his belt….looks like he’s packin’. But that holster holds a can of “bear guard.” We are in the wilderness, people. And miles from the truck.

On our way out we stop so I can get some shots of the cabin at Basin Depot. Dating from the lumbering days of the 19th century, Basin Depot started with one shack, the “depot shanty” which served as the lumber company headquarters in the bush, and grew to a thriving community of almost fifty people in 1884. This last remaining cabin was saved from dereliction in the 70’s and rebuilt by the Algonquin Forestry Authority in 1984. It sits at the fork of two dirt roads traveled these days mostly by lumber trucks and canoeists and fishermen (and women.)

If you know where to look, you can still see the remains of old farms and lumber camps in these parts. And the vestiges of the hard lives lived by the inhabitants.

Like this grave site hidden in the trees on the banks of the Bonnechere River, just across the road from Basin Depot. There’s another one on the other side of the road. Exactly the same. No individual graves, just the one wooden cross and a white fence. And the trees and ferns… and the encroaching bush.

In his book Spirits of the Little Bonnechere, Roderick MacKay writes that there are no official records of who lies in these graves. Just stories told by the old families who still live on the river that one is the grave site of nine people who died in a diphtheria epidemic in the 1890’s. The other is supposedly where the bodies of drowned river drivers are buried. Men drowned getting the logs down river to market.
You see that’s what we love about this part of the country. The old stories, the vestiges of a stone fence, a lilac bush in the middle of nowhere that says a farm house probably once stood on that spot. All the hidden bits that are testimony to the lives of those settlers who came here and found…well, trees and marshes, and rivers and more trees. And stayed.
So after our hike that day we head back to the campground to pack … and then home. To bathe our bug bites. And at least for me… to soak up a little urban time… wear makeup, and sandals, maybe a skirt… have lunch with friends. And gear up for our next foray into the wilderness in a week or so. This will be the big one, folks. My first wilderness canoe trip since 2010.
Can I still do this? Oh yeah… I can do this… I CAN do this. Like the little engine who could. I can do this… I can do this… I can do this….

Are you planning on any road trips this summer…back roads or otherwise? 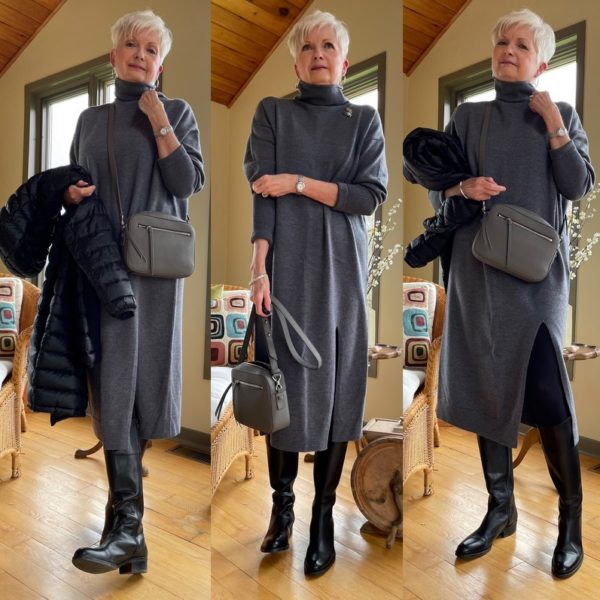 Black Friday: Just a Blip on the Radar? 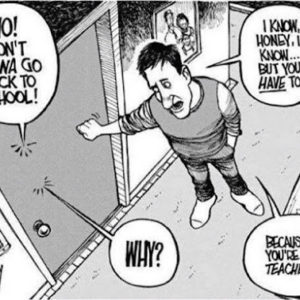 Not Just Sittin’ Around, Grace.

I’m retired from teaching as most of you know if you read this blog regularly. … 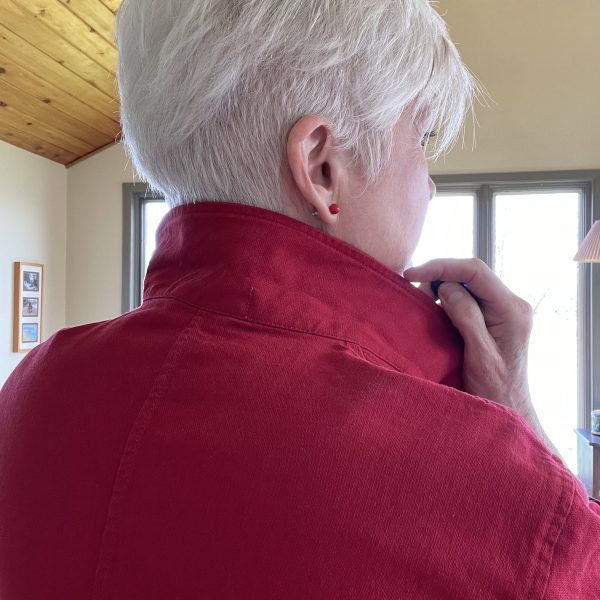 May Vlog: My Spring Closet

I’m chatting about my spring closet in my monthly vlog this week. Looking at pieces I am excited to wear this season. New and old.

15 thoughts on “To The Back of Beyond”