Loose Talk … The Trouble With Twitter… Among Other Things

I wrote a blog post a week or so ago about a great book that I had just read called The Last Enchantments. You can read that post here. Then I discovered that the author Charles Finch is on the list of followers on Twitter who follow a former student of mine whom I also follow. Follow me so far?

So I sent him a message on Twitter that I had written a post about his book. And had a fun three-way conversation with him, and my former student.

So the next day, I’m telling my mum all this on the phone. Now my mum is pretty internet savvy… especially for an octogenarian. She e-mails, surfs the net and knows about Facebook, although she’s not on it. But trying to explain to her about Twitter, and how I follow this former student, who follows this writer etc etc was challenging, to say the least.

And when I was done, she said … “You follow a student?”

Okay. I’ll admit that DOES sound a bit creepy.

“And she follows this writer?” my mum went on.

And then the image of me, my former student and the novelist, each trailing the other down a darkened street, came to mind. Dodging around corners, and pressing ourselves against buildings. Stopping to pretend to tie a shoelace, or to look in a shop window only to glance up to see where the quarry has gone. And behind us there is someone else doing exactly the same.

All of which kind of gets me to my point. About the nature of our changing language. And how if we aren’t clear WHICH usage of a word we mean when we use it….we can be conveying a very, very different meaning than the one we intend.

And just remember NOT to confuse tweet with chirp…which birds also do.

And people, apparently. As in the comment made by my husband early in the hockey season….”Sidney Crosby is always chirping at the referees.” Meaning trash-talking, or criticizing.

And I guess chirping means a whole other activity in the UK…where according to Urban Dictionary it means to “chat up” or “woo.” Sigh. I’ll never keep up with this.
You see? … We get into trouble when we use colloquialisms, or slang, that can be specific to a certain location or an era.
Or when we use jargon that is specific to a certain job or activity.
Like sports. I can never follow (there’s that word again) what my husband is saying when he uses sports jargon. Like when I was learning to play golf. He’d say…”Stop trying to hit the ball so hard; play within yourself.” Huh?
Like the e-mail exchange last week between Hubby and his golfing buddies when they were trying to organize a game, and the weather forecast was for rain for that day. The organizer who was booking the tee times e-mailed Hubby that he should look at the weather the morning of the game and “make the call.”
Now… was he speaking metaphorically…sports-metaphorically??? As in make a decision?
Or was he speaking literally, as in actually picking up a phone to cancel their bookings???  Or both? I’m so confused.

I’ve made hundreds (I’m sure) of boo-boos over my teaching career because the slang had changed and I was unaware. One of my best stories for the misuse of words whose meaning had changed happened a few years ago in my grade 12 English class.

We were reading Shakespeare’s King Lear and I had just shown the DVD for Act 3 Scene 7, wherein Regan (evil daughter #2) and her husband, the Duke of Cornwall,  blind poor old Gloucester for trying to help Regan’s father, the former King. They poke his eyeballs out. Oh yes, they do-oo. On stage; pretty disgusting, eh?

And as he supposedly pops Gloucester’s eyeball,  Cornwall chortles …”Out vile jelly!” I always play up that line…it’s so gross, kids love it.

So, we’d just finished watching this scene and a very excited girl, burst out…”Oh Miss! That was sick! I don’t mean, like, sick..I mean like…sick!!!”

And amazingly enough… I actually understood her. She didn’t mean”sick” as in the new slang for “great” … but in the way old people (like me) used it to mean “unnatural” or “insane.”

On a side note (side bar?) … the picture below is from the version of King Lear we were watching. It’s fabulous. Ian Holme does a masterful Lear and Amanda Redman is the most wonderfully evil Regan I’ve ever seen.

The speed at which slang has changed over the years of my teaching career has been swift, always surprising and most of the time well beyond my capability to keep pace with.  Yet, sometimes it’s amazing how even when using language with which we are all familiar…kids can still surprise us with their linguistic ingenuity.

Take for instance something that we teachers always laugh about. The seemingly unlimited versatility of that most famous four letter word … the F-bomb.

Like this story. A few years ago, a colleague of mine was approaching a student in the hallway who was trying in vain to make the water fountain work. The student eventually gave up, delivered a half hearted kick in its direction before turning to my colleague in exasperation… “Sir, the f**king f**ker’s f**ked!”

This story made for great hilarity at our end of semester English and Languages Department party. I recall with a smile the sight of my friends, all teachers of language, all standing with glasses of wine in their hands, parsing this sentence. ‘”F**king’…yes, that’s used as an adjective here…of course ‘f**ker’ is the noun and ‘is f**ked’ is the main verb.”  Language teachers…you gotta love ’em!

Okay..so that story is not exactly about how language can be confusing because it has changed. I just love it, that’s all. And when I told my husband what I was writing my blog post about….he said…”You have to use the f**king f**ker story!” So I did.

Communication is difficult. When I was still teaching I used to get teased by students and fellow teachers alike for gesticulating and waving my hands around when I talked. I simply could NOT make my point without using my hands. Not to mention tone of voice, facial expressions and the always effective communication tool of looking at kids over the top of my glasses.

It’s so very much harder to make one’s point clear in writing. The words have to speak for themselves.

And, you know, that’s hard enough without the meaning of words all changing on us. Or for some of us… with the rest of us having no clue that the meaning HAS changed….so we don’t know WTF is going on!

So…am I tweeting there or chirping? Or both? Or neither? 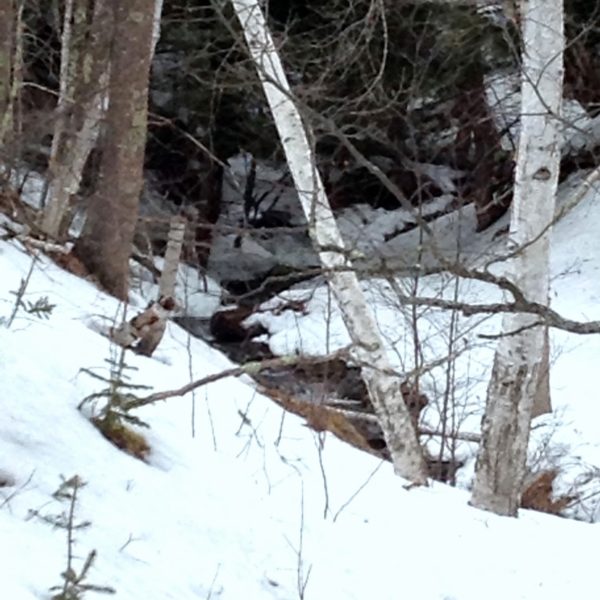 I’m still at my mum’s in New Brunswick. I haven’t been home at this time … 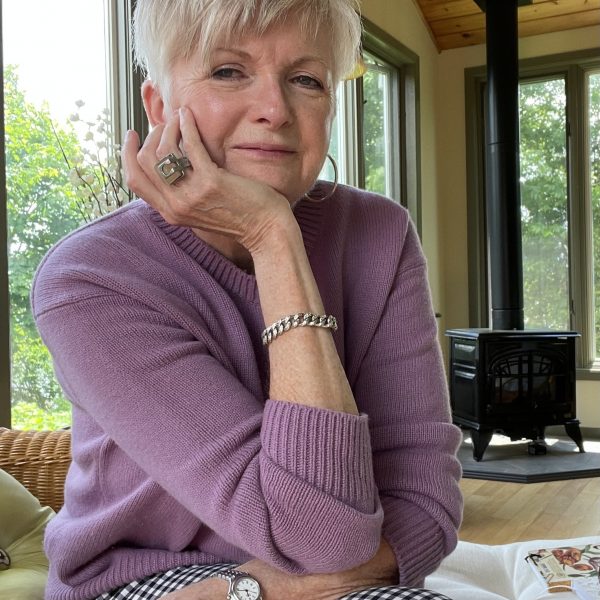 I’ve been chasing slow fashion for a while. But will changing up my style destroy my slow fashion credibility? That’s my June vlog topic. 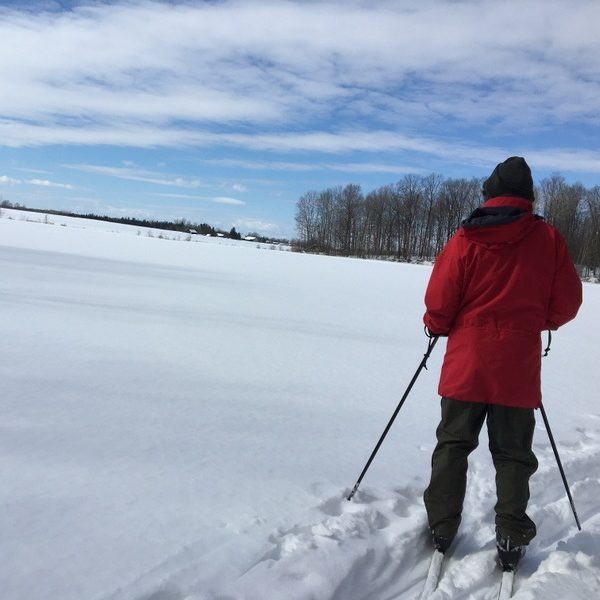 I look to my Hubby for lessons in surviving winter. Ski, eat, read, repeat is his mantra. He is an inspiration. And I try hard to keep up.