First,  you have to know that I am a huge Hemingway fan. In the 70’s when I was a teenager I thought he was an overweight, misogynist bore. Then in the 80’s I was converted by a gentle, erudite woman I met on a course; she loved Hemingway and told me to read the short stories and then see if I changed my mind about him. I did and I did, big time.

Second thing you have to know is that, when we travel, I usually coerce my long suffering hubby to accompany me on literary pilgrimages. It’s not that he doesn’t like books too (my husband, I mean.) It’s just that he doesn’t feel compelled to worship at the author altar like I do.

I’ve been longing to go on a Hemingway Adventure ever since I read Michael Palin’s book of the same name. So if it was south we were driving this winter…then Florida must mean Key West.

Key West is where Hemingway lived for over 10 years between 1928 when he first visited and 1939 when he left second wife Pauline Pfeiffer for third wife Martha Gellhorn. It’s where he wrote many of his most iconic works, including two of my favourite stories “The Snows of Kilimanjaro” and “The Short, Happy Life of Francis Macomber.” Both stories deal with men who feel emasculated by their wives, both take place in Africa. The main character in “Snows” feels that his life has been ruined and his integrity and talent lost because he lives a soft life with his rich wife. In “The Short Happy Life,” poor Francis gets shot by his philandering wife. The wife was a philanderer; now that’s projection. Considering that Pauline traveled to Africa with Hemingway, that her wealthy family, namely her uncle Gus, paid for their home in Key West and funded their African adventures…well, you can see where I’m going with this. If I were Pauline reading those two stories would have set alarm bells ringing for me! The death knell for her marriage to Hemingway.

They were a good looking couple, weren’t they? She’s looks very modern. Love the short hair. She wrote for Vogue, you know. Maybe I should track down and read that biography of her by Ruth Hawkins. Maybe later.

For now, let’s get back to Key West.

My husband and I had just spent a week on Jekyll Island in Georgia (you can read about that here) where the beautiful spring weather was a balm for the soul, especially this year. As we left Jekyll and headed south, we shed our long pants and light sweaters and tossed them into the back seat where we had tossed our down coats and gloves the week before.

Finally we left the turnpike behind, thankfully, and began the long trek out to the Keys. The sun beat down and the weather was actually hot! Ohhhh…bliss.

Loved this scene we shot when we randomly pulled over to look at the view.

At first I thought these pelicans were stuffed; they sat there motionless while I took shot after shot. Presumably this boat rental operation is long gone.
Driving through the Keys was like we had been catapulted back into the past. We saw lots of evidence of 1950’s roadside culture. Tee shirt shops, souvenir shops.

More tee shirt shops. More souvenir shops. Pinks and greens … and best of all, not a single sighting of the golden arches.

We also saw lots and lots of these.

Quick call Lucy and Desi. Their Long, Long Trailer is alive and well  and parked in the Keys.
Eventually we  crossed the last bridge onto Key West. Our first sight of this tiny island was not what I had expected. Traffic jams, roadside construction and a seemingly endless line of Marriott Hotels, Days Inns, Best Westerns and any other chain hotel you could imagine.
Oh dear….what had I done? Made my poor husband drive all that way only to find ourselves in tourist trap hell!
But a couple of blocks later…weeelllll…this was more like it.
Flowers everywhere.

This inn is a treasure. Pricey, but wonderfully unique. The rooms are found up higgledy piggledy staircases; each room with it’s own shady outside seating area.

This was our little nook… complete with a  wicker love seat on which to recline and read and a small table to enjoy a pre-dinner drink. It was heaven …well…. except for these two frequent visitors.

Obviously the previous residents of our room had been feeding them. Imagine, if you will,  me reclining with an afternoon cup of tea and my book when they come to call. And apparently extended hand flapping and shooing noises just makes them think that you are gesturing for them to come closer.
Ah, that’s fodder for a future post, I think …. “Me and My Bird Phobia.” There’s some stories there, people!
And of course…there are birds everywhere in Key West. Even feral chickens. And they ARE everywhere, as you can see.

They were everywhere on our stroll out for dinner that night. So, of course, we had to have a picture of Suz and the chickens, I was told. “Okaaay. But hurry up!”  Hubby says that I’m in my getaway stance here. Note the flexed knees.

We ate dinner at a great place called Blue Heaven. It’s located on the site of a former open air boxing arena where Hemingway liked to referee the fights…and probably engage in some amateur fisticuffs as well.  I had the yellow snapper… delicious!
Next morning we were up early to beat the crowds at Hemingway House.

Below is one of over 50 cats which roam the property. Hemingway loved cats. You gotta love a man who loves cats, don’t you? This kitty is sure comfy.

This is the garden fountain that Pauline had made to try to pretty up the urinal Hemingway rescued from the original Sloppy Joe’s Bar. He spent a lot of time and money there. And when the bar moved to the Duval St. location, Joe gave him this as a memento of the money he had “p—-d” down the drain. This is according to the guide at Hemingway House. Good story…might be true…might just be more furthering of the legend. The urinal part is the rectangular receptacle thingy …now sided with decorative tiles.

This is me below at the site of the original Sloppy Joe’s on Green Street. It’s called Capt. Tony’s Saloon now. But this is the bar where Hemingway drank…not the one on Duval St.

This is a shot of a famous picture in the museum…. Hemingway and his big catch.

Our shared love of fishing aside, I’m not entirely sure why I’m such a Hemingway fan. I do love his short stories, as I said. Other than the two I mentioned, my favourites are “Cat in the Rain” and “In Another Country.” And I love “A Clean Well Lighted Place” mostly because it’s my very favourite story to use to teach high school students how to analyze literature. I love the style of his writing, the simplicity of it.
I’m also fascinated by his life, I guess, and some of the values he espouses in his work. Sure, there’s stuff about his life and his themes that I don’t admire. The public posturing and the Hemingway legend, the “man’s man”,  for example. I recently read an article about him that said if you want to know Hemingway, read his fiction. I love all that “grace under pressure” stuff, and the idea that heroism sometimes means merely going on, surviving. Very Canadian, that sentiment. And I can identify with his view of nature and the wilderness as being sustaining or curative. Read “A Big Two-Hearted River” to see that. And lastly, I love his depiction in his memoir A Moveable Feast of life in Paris in the 20’s, of trying to become a writer, of learning to be the artist he became.
We enjoyed our Hemingway Adventure, brief though it was. We were only in Key West for two nights. Then we moved on; we hit the road for Naples (Florida) and finally Savannah before heading home. But I’ll save those for another day.
Meanwhile…I’m off to dig up my copy of A Moveable Feast and reread Paula McLain’s wonderful book A Paris Wife. There’s a Paris trip in the works for us in the next few months, hopefully. Must start planning Hemingway Adventure Part Deux.
Have you been on any pilgrimages lately…. literary or otherwise? 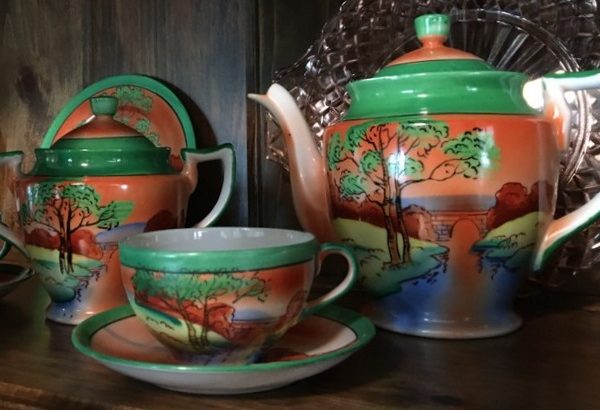 I’m reading about trash this week, my friends. What is trash and what is treasure in this big old wasteful world of ours. 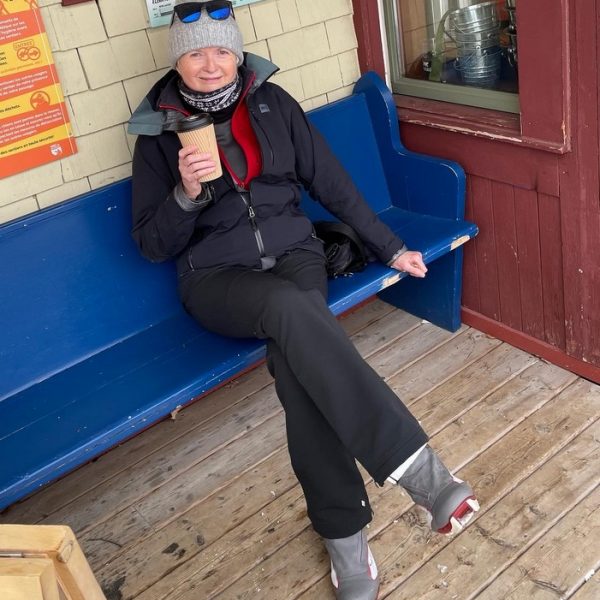 Lazing in the Laurentians

This week we are lazing in the Laurentians. Cross-country skiing along Le P’tit Train du Nord, eating, reading, napping. And relaxing. 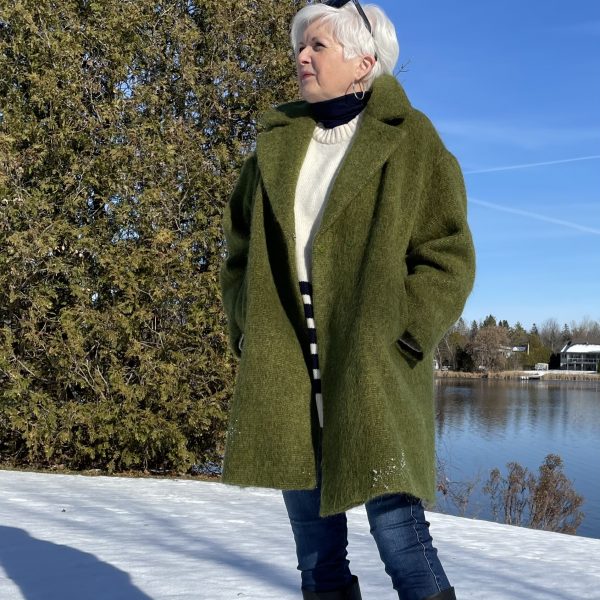 This year I am eschewing my usual Black Friday rant, and starting a new tradition. Black Friday closet musings. Counting my closet blessings.

PrevPrevious storyA Passion for Deconstructing Fashion… Photos
Next storyTroubled by the Troubles: On Adrian McKinty, Northern Ireland and Spring … MaybeNext